Olivetti, Italy’s first typewriter manufacturing company, was established in 1908 in Ivrea, Italy by Camillo Olivetti. His first typewriter, the Olivetti M1 was exhibited in 1911 at the Turin Universal Exposition. Although not significantly different in operation to US models, Olivetti’s machine was also concerned with aesthetics and the company developed a corporate design philosophy for which they rapidly became recognised.

In 1933, Adriano Olivetti took over as general manager of the factory founded by his father. The small family business developed over the next 30 years under his leadership to become a global phenomenon. Not only focussing on the aesthetics of design of the products they made, Olivetti concerned themselves with the design and function of the factories in which they operated and the town of Ivrea in which its workers lived. Pay and conditions for Olivetti’s workforce were more favourable than in other factories due to their concern for the health and welfare of their workers.  Throughout the 20th century, Olivetti were at the forefront of the development and production of new technology and continued to be recognised worldwide for their products. As well as typewriters, their products included adding machines and subsequently calculators, Italy’s first mainframe computer, teleprinters, banking  terminals, photocopiers and industrial automation systems. In every way, Olivetti recognised the importance of design, as well as function, an ethos which extended through to advertisements, showrooms and shop window displays.

Olivetti produced some of the most iconic typewriters and early 20th century computers and throughout its history the company commissioned writers, designers, architects and artists. Two such architects were Ettore Sottsass and Mario Bellini. Examples of their work for Olivetti are shown here and demonstrate the robust nature of ABS, a material which gave strength and rigidity to its protective casings with a high quality finish. 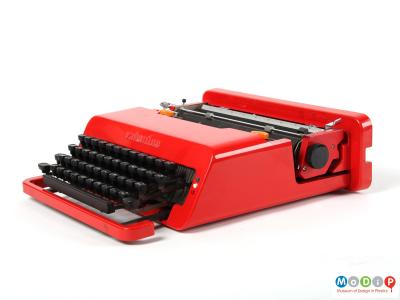 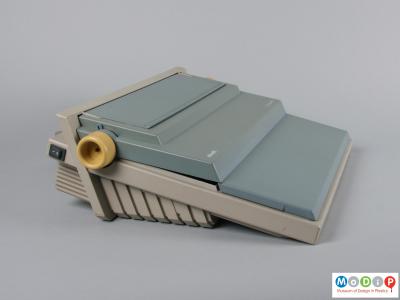 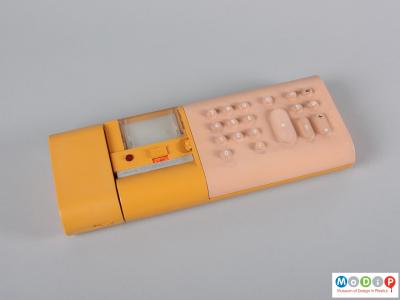