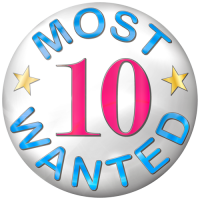 This exhibition celebrates 10 Most Wanted, an online detective game played with objects in museum collections, inspired by the FBI's Ten Most Wanted list.

Players referred to as 'Agents' hunt down specific pieces of 'wanted' information about an object of their choice from ten objects posted by curators referred to as 'HQ Staff' on the game's website. They share their findings on social networks working in collaboration with other Agents, who are both their colleagues and competitors. As 'wanted' facts are found and evidenced, they are integrated with curated collection documentation. The Agents who have tracked down the information move up the hierarchy and are rewarded for their contributions.

The ten cases featured have been selected to highlight the:

10 Most Wanted has been created as part of a collaborative research project. You can find out more about it here.