The desirable silhouette of both men and women has changed dramatically throughout history. Often the shape has been achieved through structural underwear, the most famous being the tightly laced, whale-boned, restricting corsets of the 18th and 19th centuries. The health of the wearer later became a concern and the restrictiveness of body sculpting underwear was later relaxed. This Twilfit girdle (1) has some light nylon boning over the stomach area but the main structure is from the cotton / viscose fabric and elasticated sides. It has suspenders to hold up stockings.

The use of plastics, in particular elastane, commonly known by the DuPont registered name Lycra®, have meant that women and men can achieve the smooth, curved figure they desire and still be able to move, and breath, freely. The Spanx Higher Power pants (2), which go up to the bra line, have panels with varied elasticity to smooth the body outline, slim the stomach and contour the waist. The aspiration for the body beautiful is not just a female phenomenon. Men also want a smooth outline. The contoured sections in this Spanx vest (3) have zones of different levels of elastication to compress targeted areas such as the abdominals and the chest making for a smoother body surface. 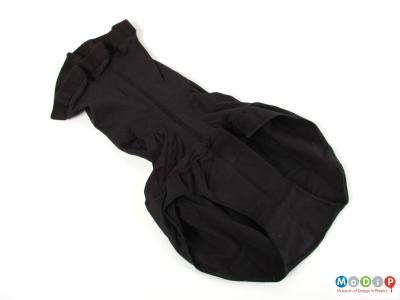 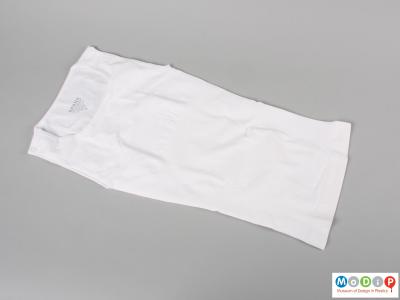 It was not until the 20th century that the bust became the focus of the female body. In the 19th century it was the bottom that became exaggerated with corsets and bustles. Underwear has changed the shape of the bust line with the introduction of the bra, as we know it, in the 1920s. Bras started as simple garments based on handkerchiefs but by the 1950s a more pointed bra was created with structured panels and stitching. This Playtex example (4) has elasticated sides down to the waist, smoothing the body and drawing the focus to the covered bust and fashionably voluminous skirt. 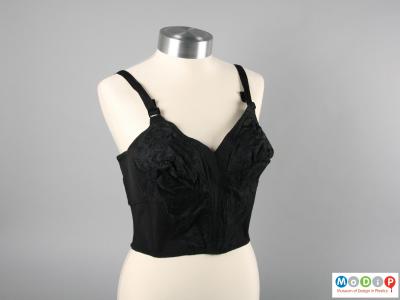 Contrastingly, the plunging, exposed cleavage became popular in the 1990s with the resurgence of the Wonderbra (5), a padded push-up bra which had first been introduced in the 1960s.  The Bioform bra (6) looks back to the idea of boning, with a 3-dimensional undercup support which supports the breast for a figure-flattering profile. 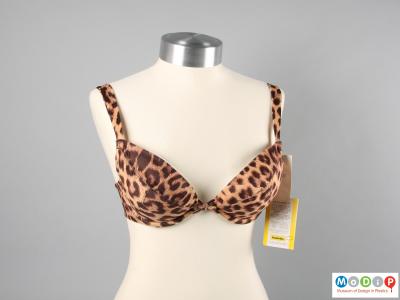 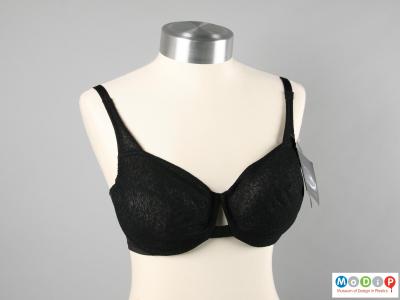 New exhibition: Is that plastic? >