The use of computer technology has been a driving force in fashion production over recent years. Not only has it revolutionised the efficiency of pattern layout and cutting, but the use of computer driven 3D printers and lasers has enabled the reworking of traditional designs and methods of production.

The Fedora (1), designed by Elvis Pompilio and produced by .MGX by Materialise in 2014, is 3D printed in polyamide.  Taken from the title role of the play, Fédora, written in 1882, the Fedora hat became fashionable for women and later for men after Britain’s Prince Edward began wearing them in 1924. Traditionally made from wool felt this example is a new take on a traditional design. It has a rigid yet light form, the articulated chain section at the base of the crown giving it an unexpected degree of flexibility and movement. 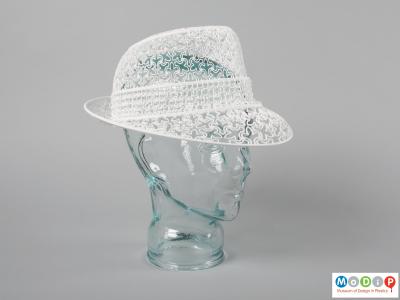 Laser cutting allows highly intricate lace like panels to be incorporated into a garment and enables small components to be cut without fraying as the laser seals the edges of the fabric at the same time. It is a contactless, tool-free process in which a laser beam melts away the material resulting in a clean, sealed edge with no fraying.  The laser technique provides a highly accurate and clean cut fabric unmarked by pressure.  This process is able to be used on a wide range of fabrics, even the most delicate, with synthetic materials responding very well. The Reiss jumper (2) has an inset front panel made from a lightweight, flexible, and washable polyurethane material, and the sample of dress fabric (3) is made from laser cut polyester flowers machine stitched to a tulle ground. The decoration on the fleece (4) is etched into the surface of the fabric by high speed low power lasers which cuts to a predetermined depth, altering and refining the surface of the fabric. 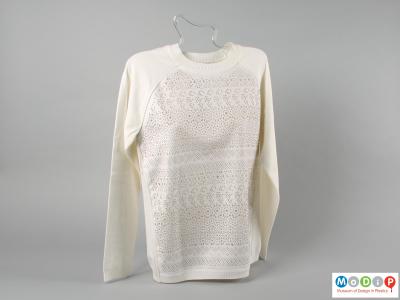 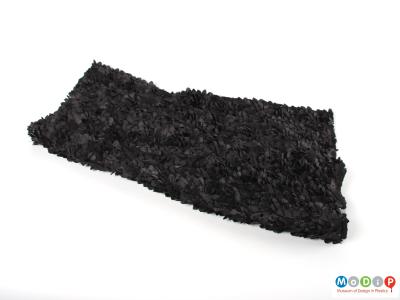 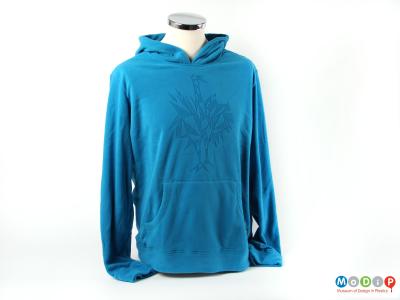