In 1922 the newly formed British Broadcasting Company began regular daily radio broadcasts. Listening to the wireless became a popular form of entertainment in the home and was a major source of public information.

The cabinets of early radio sets were predominantly made of wood and considered to be a piece of furniture for the home. The use of moulded phenol formaldehyde, also known as, bakelite in the 1930s offered new opportunities in terms of cabinet design with EK Cole leading the way in the UK. They employed architects such as Wells Coates who designed the now iconic series of round radios of which the A22 (1) is one. 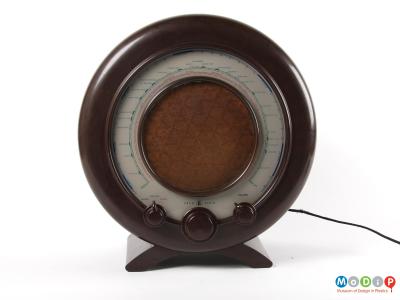 The introduction of transistors meant that radios could be smaller and portable. This Bush TR82C (2) with a case of urea formaldehyde, was first issued in 1959. It remained popular into the 1960s and was subsequently reissued in the 1990s. The Roberts RIC 1 (3) was the first radio to use an integrated circuit in the UK. It has a synthetic leather finish and benefits from a small turntable in the base of the cabinet, so that the direction it is facing can be easily changed. 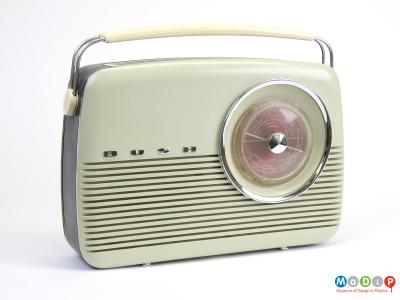 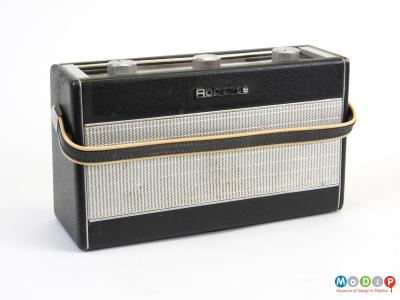 The Ross RE 5500 radio (4) was issued in the 1980s and is typical of the era's design, with rounded corners and colourful push button controls. Its case is made from high impact polystyrene (HIPS) giving it strength whilst remaining light in weight. 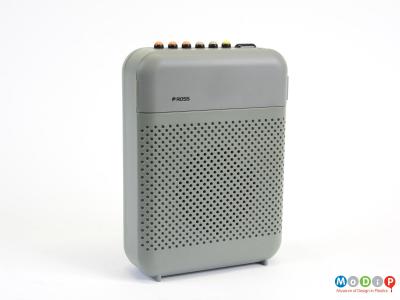 The wind-up Baygen Freeplay radio (5) was invented by Trevor Bayliss. He was inspired to create a radio which could be used in African communities without access to electricity or batteries, and who would otherwise not have access to important lifesaving health care information. Acrylonitrile butadiene styrene (ABS) provides it with a robust impact resistant protective case. The Bug Too radio (6), designed by Wayne Hemmingway for Pure embraces the digital age with LCD graphic display and bug like body. 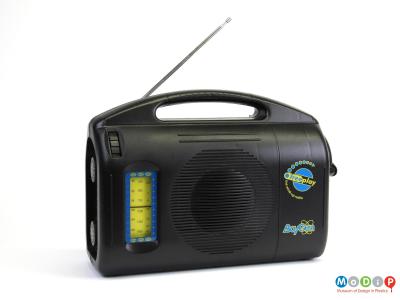 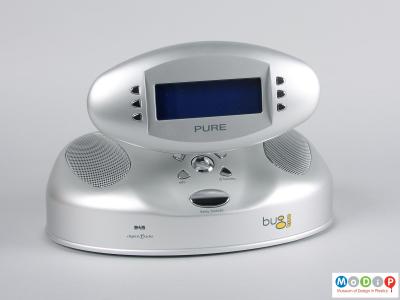 Shrinking technology and the ability of plastics to be moulded into any shape and to be any colour has enabled the production of a plethora of novelty radios. These examples range in date from 1961 to 2000 (7-12). 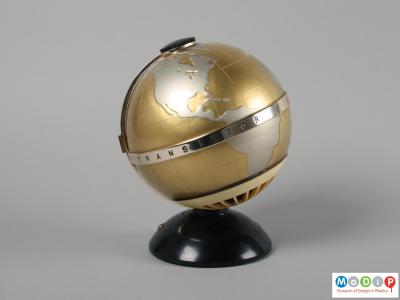 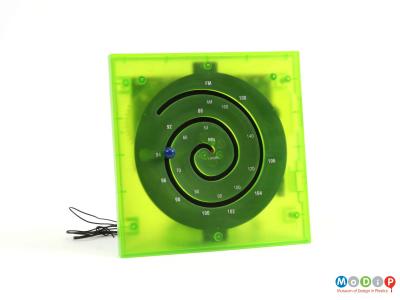 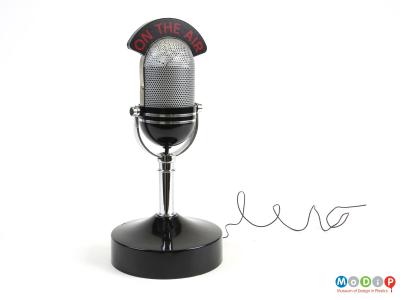 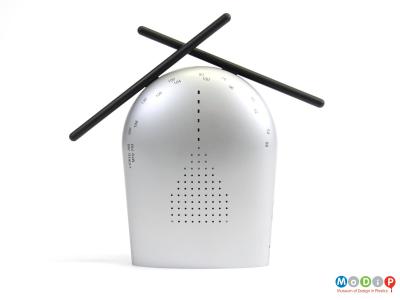 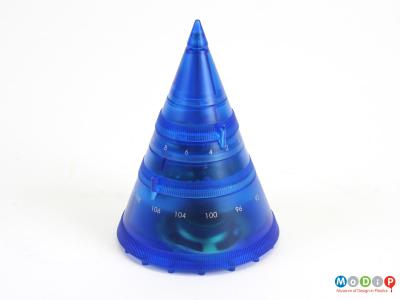 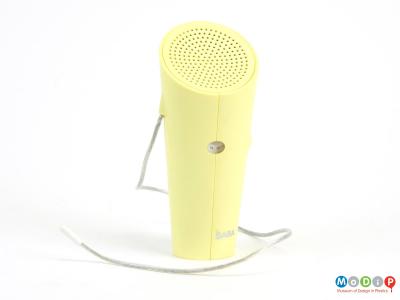