Acrylic drums were introduced by the manufacturer Ludwig in the 1970s and were embraced by rock drummers such as John Bonham, Keith Moon, and Nick Mason. These early drums were created by thermoforming the acrylic into a cylinder and welding the seam. They were vulnerable to cracking and splitting. The body of the Natal Arcadia snare drum (1), like other modern drums, has been cast in a single piece making it less susceptible to breakages. The clear material allows the audience to see the drummer who would ordinarily be hidden behind a conventional wooden kit. 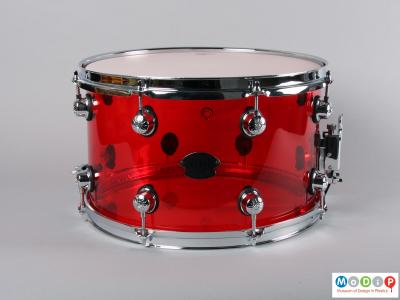 The sound produced by acrylic drums is louder than their wooden counterparts, making the drums good for playing at gigs but it is said that they lack finesse for the recording studio. Traditionally, drumheads or skins were made from animal hide stretched tightly across the hollow drum. Since the 1950s, many drumheads have been made of DuPont's Mylar, a polyester, instead.

Drumkits often include percussion instruments, those that are hit, other than the drums themselves. When struck with a drumstick metal bells and wooden blocks provide a crisp, clear, ring in a much higher pitch than drums and with less sustain than cymbals. The Jam blocks by LP (2 & 3), made of a specialised plastic material they call Jenigor, offer the same sound quality as a wooden block but with better durability meaning they can withstand the hardest hit. The two sizes give different pitches, the smaller being higher than the larger block. 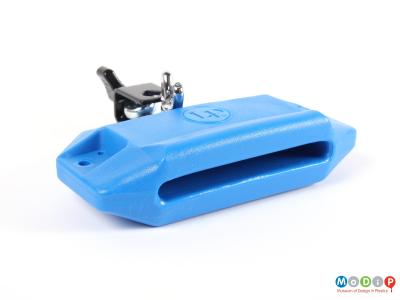 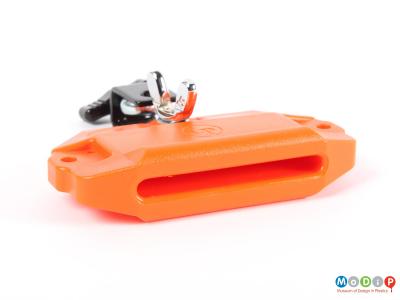 Shakers filled with 'beans' offer another rhythmic sound by being shaken rather than struck. When made of plastics they can take on any form and can be any colour (4), making them fun for children to use. 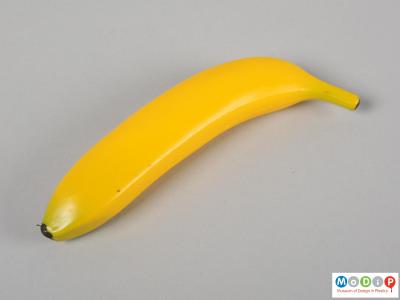