Horn was readily manipulated by skillful craftsmen into frames and handles for optical and medical objects. Although early spectacle frames are known to have been made from wood, there is evidence to suggest that horn was also used as early as the mid 14th century. Early designs of frames were riveted as in example (1), which is a replica of a 15th century pair of bone spectacle frames found in Trig Lane, London. Later 15th century designs featured an arch or bow between the lenses enabling them to be clamped to the bridge of the nose or to be hand held. The familiar over-the-ear side pieces which held the spectacles in place were a much later development, the first examples made from horn being produced around 1800. Lenses were fitted to the frames in a similar method to the bottoms of beakers. The horn frame was made with a groove. When heated, the frame was sufficiently malleable to have the lens fitted which was subsequently held tightly in place when the frame cooled and contracted. The same method would have been used to produce the opticians' lens set (2) and the multiple strength magnifying sets (3 - 5). 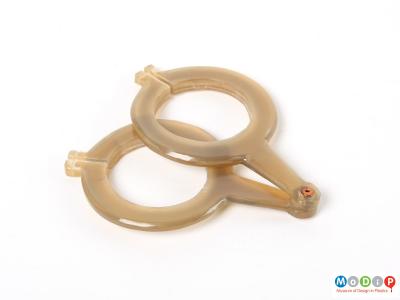 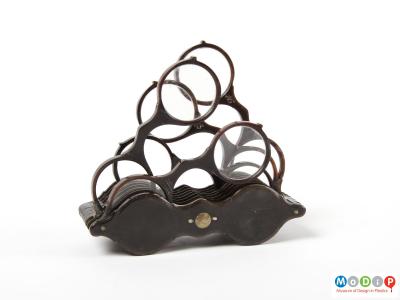 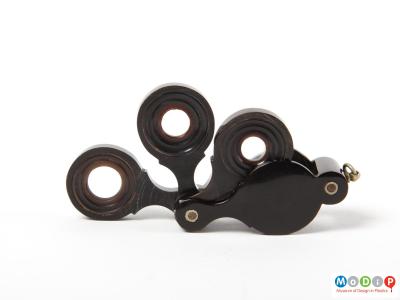 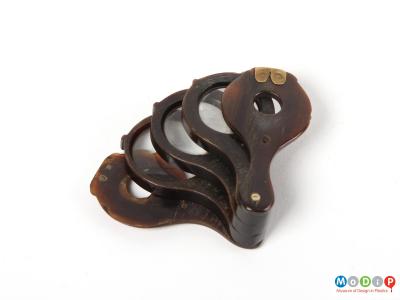 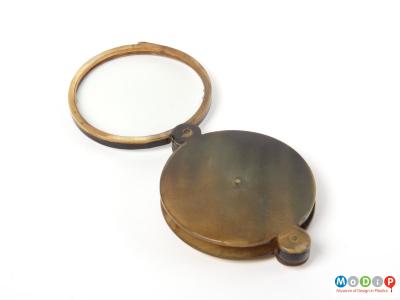 More commonly made from metal the apothecaries' balance unusually has horn pans (6) and is though to be 20th century.  The translucent nature of horn has been used to good effect in the 19th century medicine beaker (7 - 8).  The double ended spoon is thought to be for taking medicine, also 19th century (9). 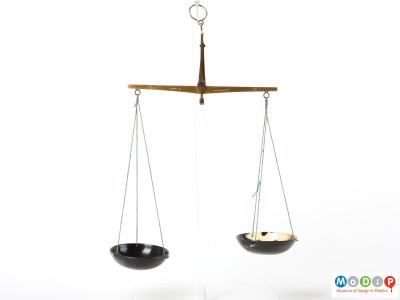 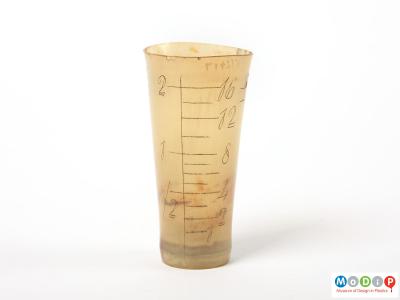 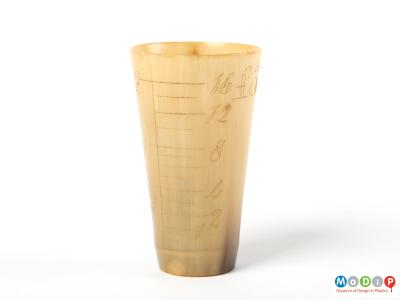 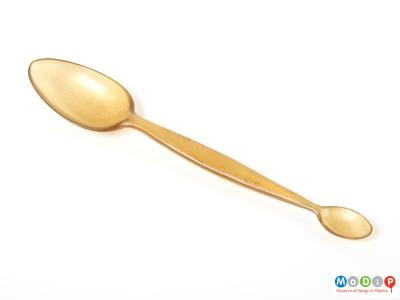 Horn was a popular material from which to make combs.  Being made of basically the same material as human hair, a horn comb is thought to be more beneficial than its synthetic counterpart, better able to ditribute natural oils and generating less static.  The white horn dressing combs (10 & 14) are 20th century, the former is thought to have been made at Bela Mill, Milnthorpe, Cumbria, a family run firm whose main business was the production of combs.  The fish shaped comb (15) is made from buffalo horn c. 1900, also Milnthorpe. The ‘H’ combs or nit combs (16 - 24) demonstrate the fine workmanship used to produce an everyday item. 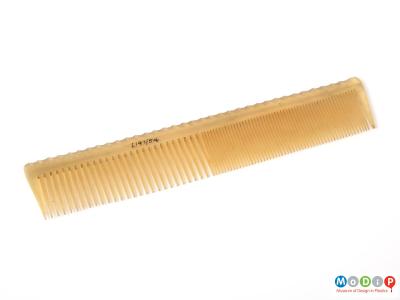 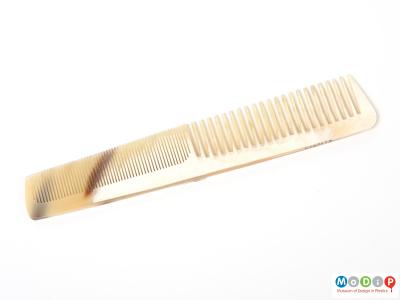 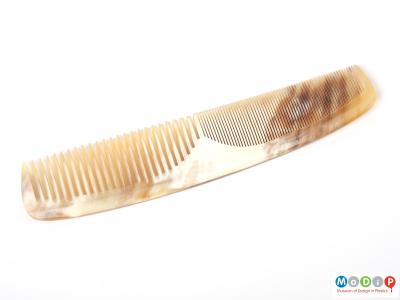 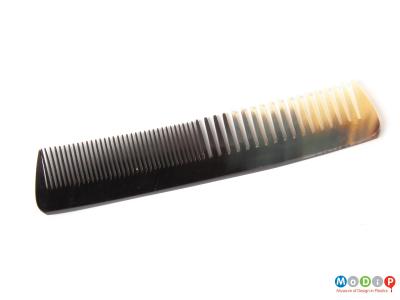 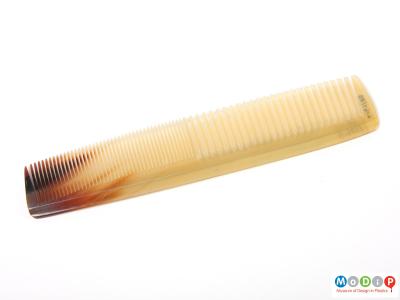 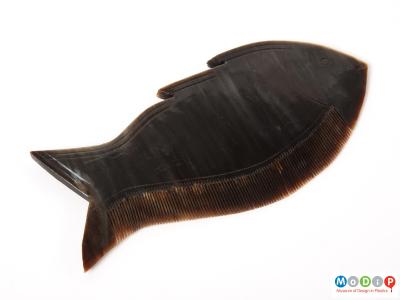 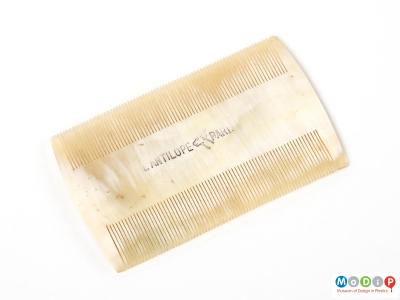 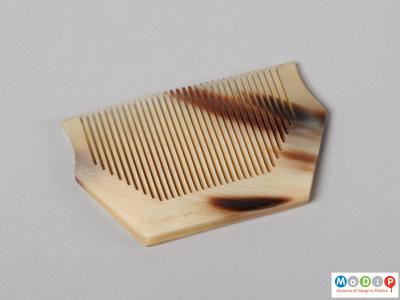 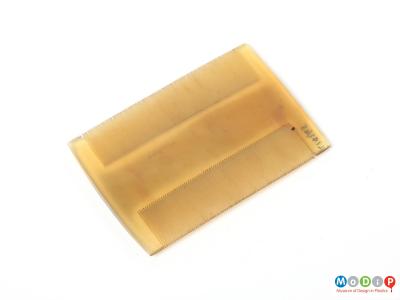 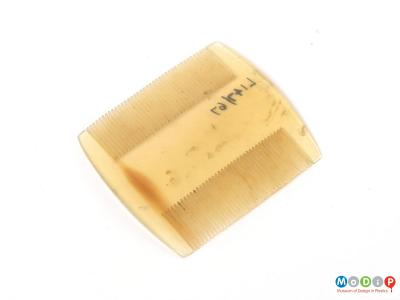 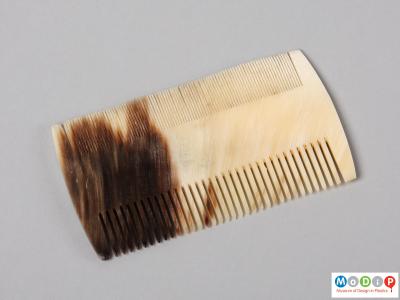 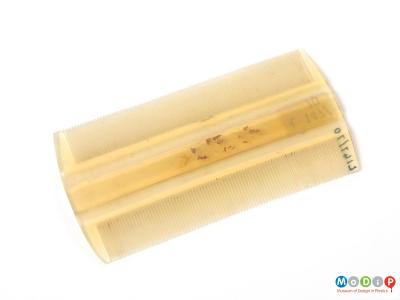 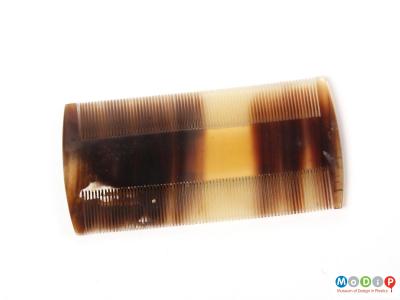 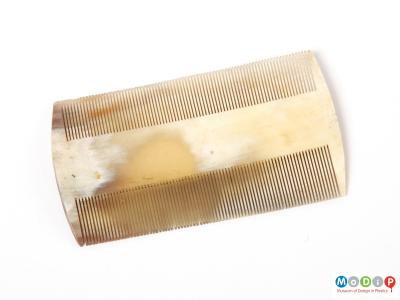