The ceremony of the loving cup is an ancient tradition upheld by all livery companies. Traditionally in the ceremony the cup was passed around for each person to stand and drink from in turn. Using both hands rendered the drinker defenseless and consequently his neighbours would rise and pledge their defense. Whilst retaining tradition, over time, the ceremony has become symbolic but still plays an important part in the ceremonial aspect of a livery company. The example shown here (1) was presented to the Worshipful Company of Horners in 1836. It is silver gilt lined, its two handles are silver mounted and it carries the crest of the company in a silver shield. 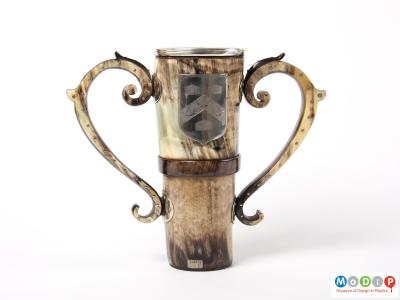 Quaichs (2 - 4) are named after the Gaelic word cuach meaning cup which itself is derived from the Latin word caucus meaning drinking cup. They are usually wide and shallow with two handles or lugs and are variously made from horn, pewter or silver and often decorated with Celtic symbols. They were traditionally used by clan chiefs to serve whisky when welcoming or bidding farewell to guests. Today, a Quaich is often given to couples when they marry, symbolizing their shared love and trust. It is also commonly given to celebrate a birth or baptism. 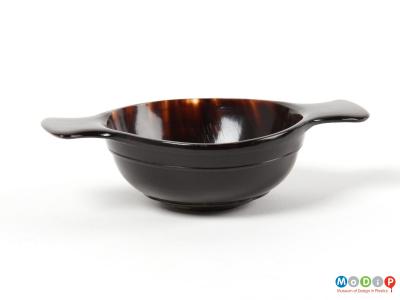 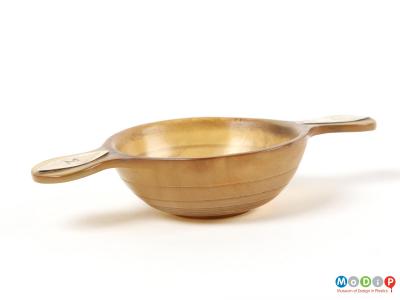 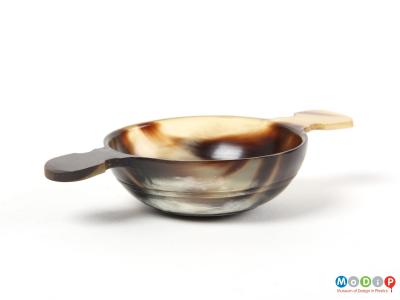