Horn buttons are in fact often made from hoof because it is cheaper and softer, so easier to work. They are made by opening out the horn or hoof and flattening it. Then blanks are cut out with a circular cutter and polished. Tips of horn can be used to make toggles (1 - 2). 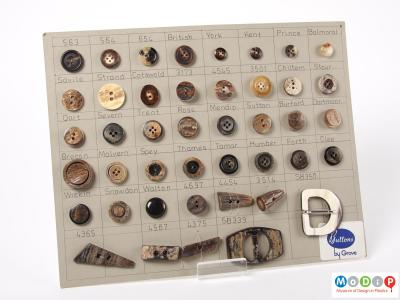 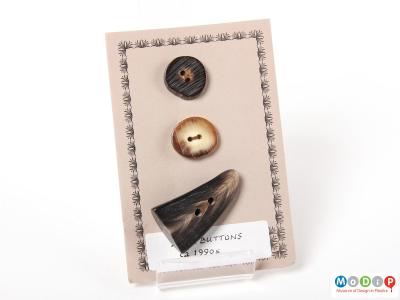 Buttons were also sometimes carved (3 - 5). Buttons have been made for the fashion trade (6 - 7), private households (known as livery buttons) (8), particular professions (9), and for various service industries (10). 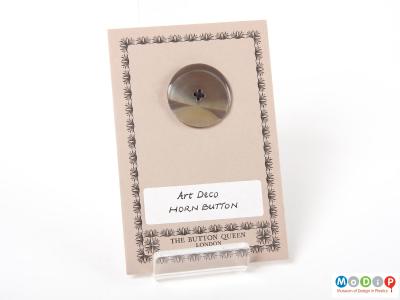 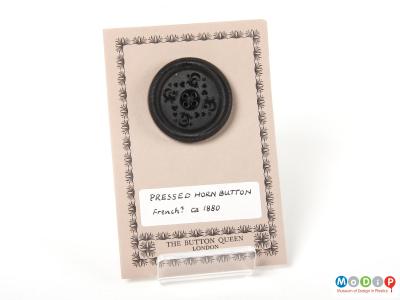 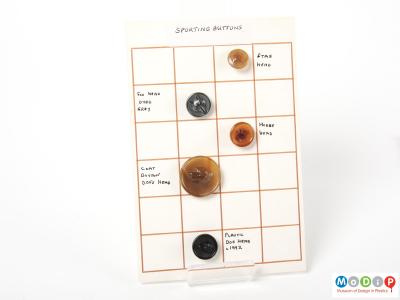 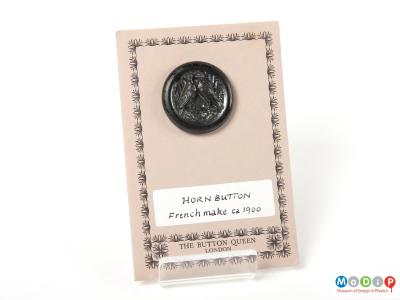 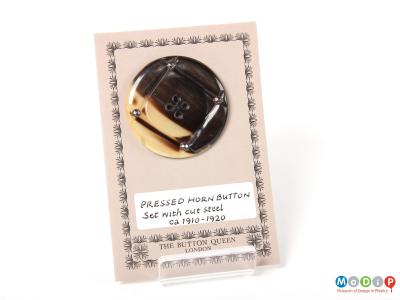 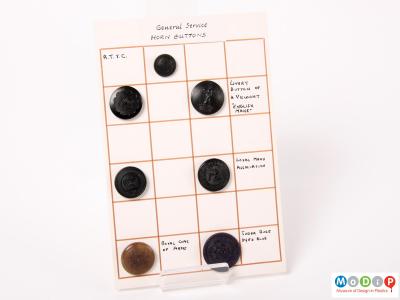 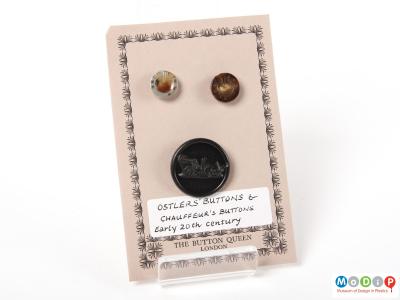 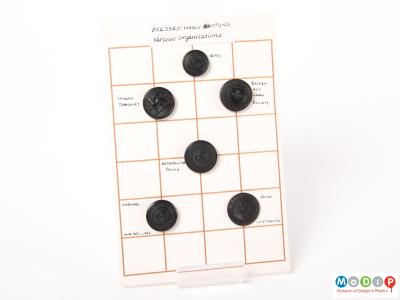 The manufacture of horn brooches used similar compression moulding technology as that used to make buttons. Either buffalo horn, which is naturally dark, or a horn composition (11 - 24) was used. The horn was sometimes painted with silver nitrate and exposed to the sum to blacken it. Horn jewellery can resemble that of the more expensive jet jewellery which gained in popularity when Prince Albert's death in 1861 increased the market for mourning jewellery. The brooches tend to be naturalistic or geometric in design. Many of the motifs were symbolic. For example ivy (25) indicated a belief in and hope for life after death and also denoted immortality. Hands holding flowers were emblems of love and eternity (26). 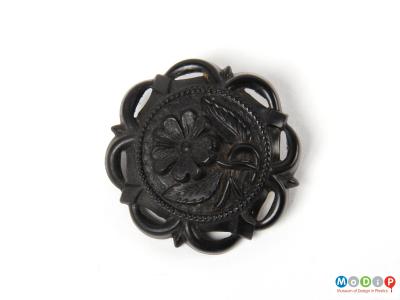 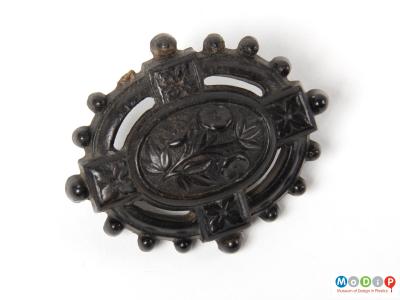 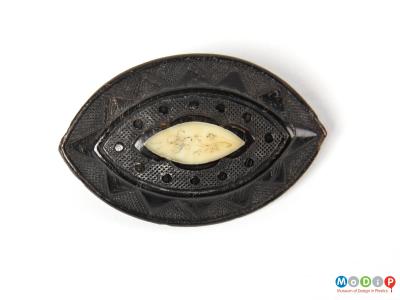 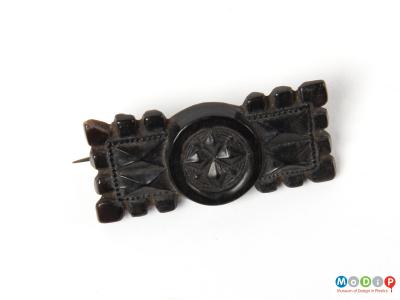 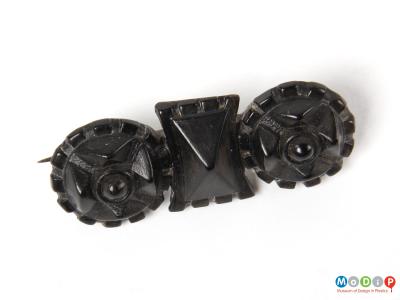 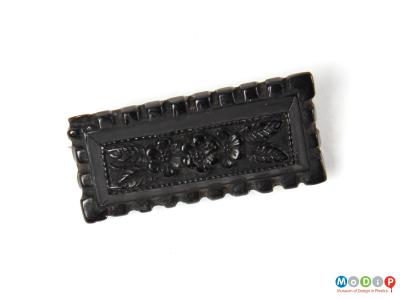 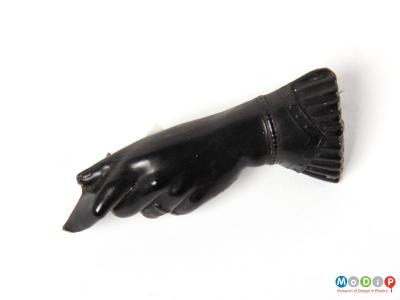 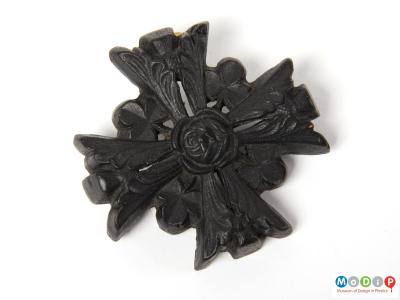 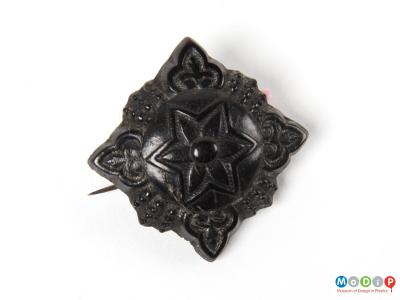 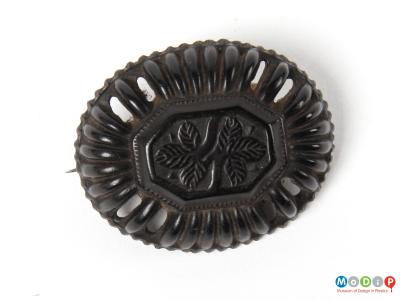 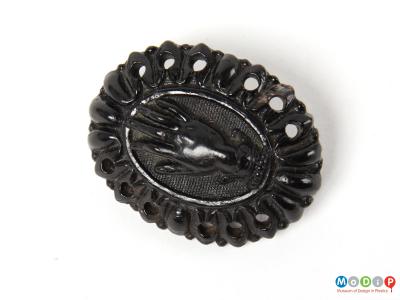 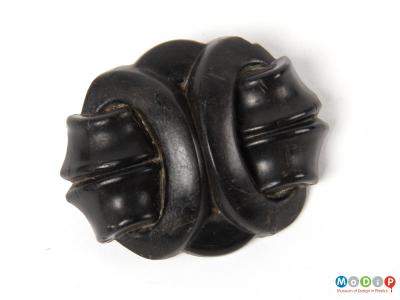 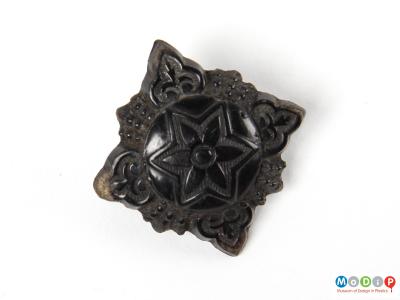 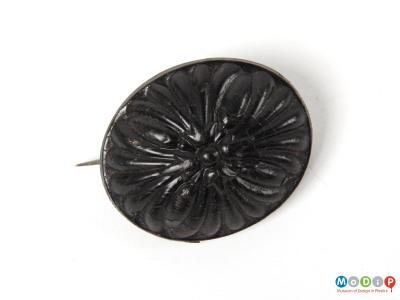 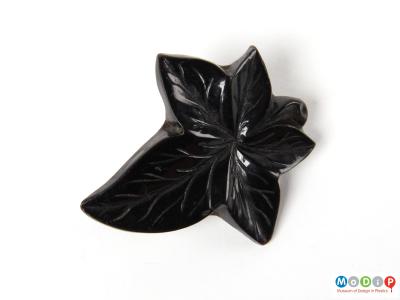 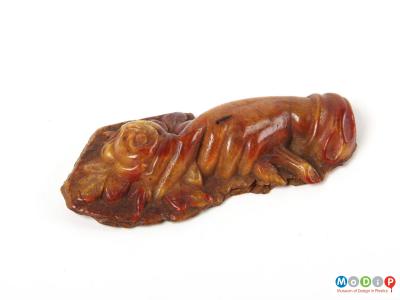