As a development from the drinking horn the more conventional horn beaker was the vessel for everyday use from about the 17th century onwards. Beakers were formed from a heated, unslit section of horn which was forced onto a metal or wooden former and removed when cooled to be finished. The base was commonly formed from a disc of horn but sometimes glass, and inserted into a groove at the narrow end of the horn whilst the material was hot. On cooling the horn would contract to make a watertight joint. Most beakers were simply polished which brought out the natural colouring of the horn (1 - 12), whilst others were mounted with silver rims and shields to carry family crests for example (13). 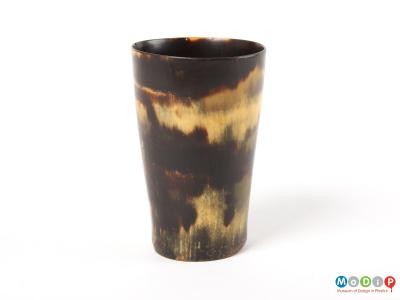 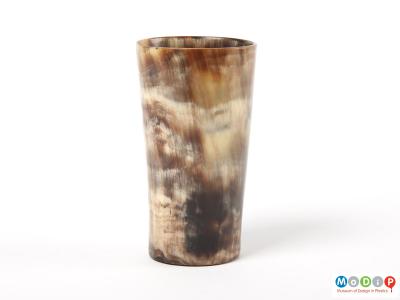 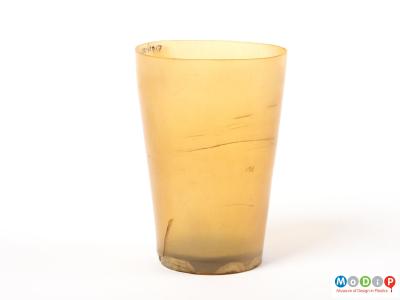 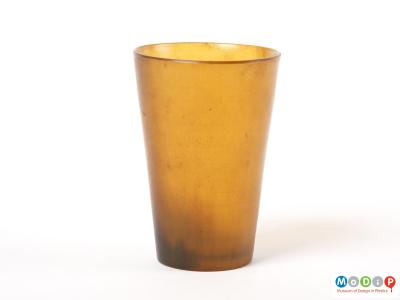 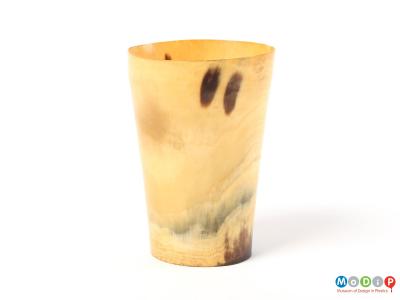 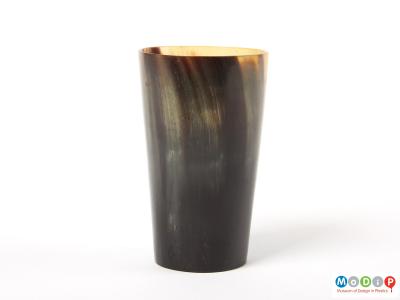 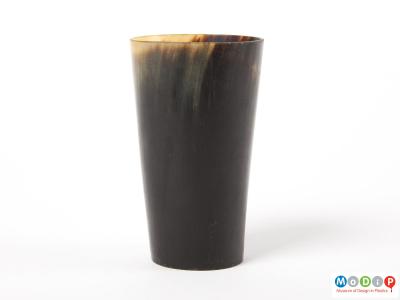 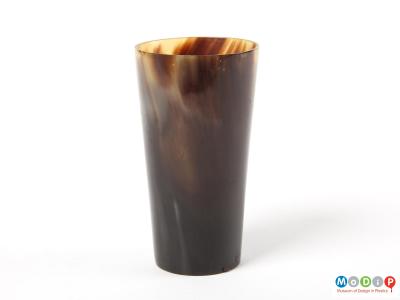 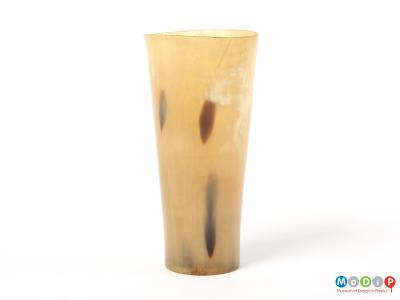 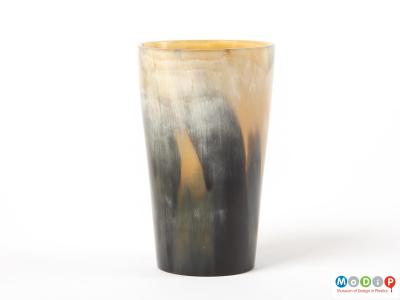 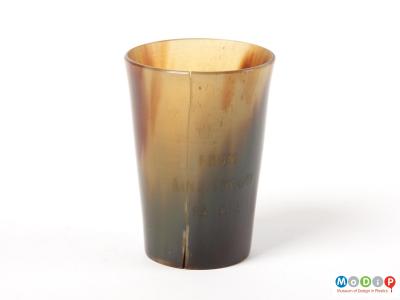 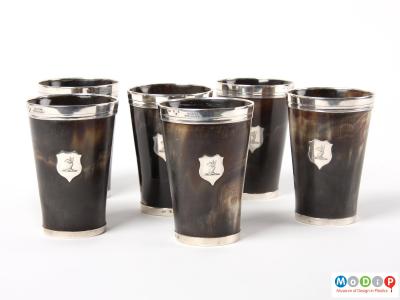 Others were engraved with hunting scenes (14 & 15), decorative scroll work, scenes or objects relevant to the owner or names and dates (16). Some beakers were also stained to simulate other materials such as tortoiseshell. 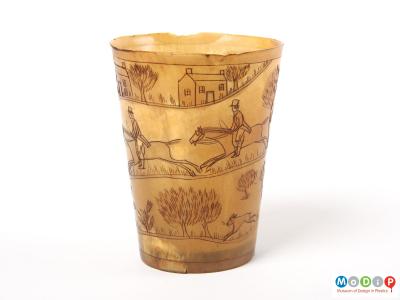 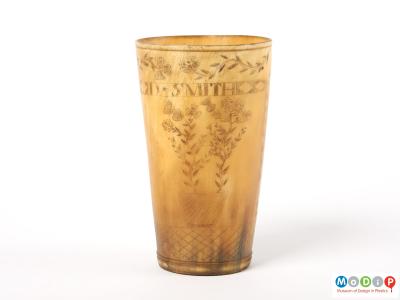 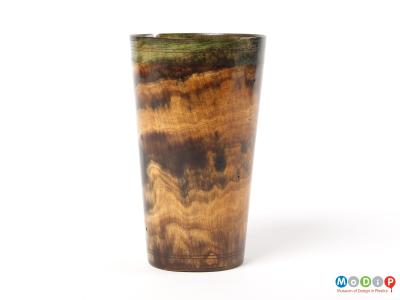 For ease of carrying, some beakers were made in graduated sections which collapsed down when not in use (17 - 20). This required precision workmanship to ensure they did not leak when filled with liquid. 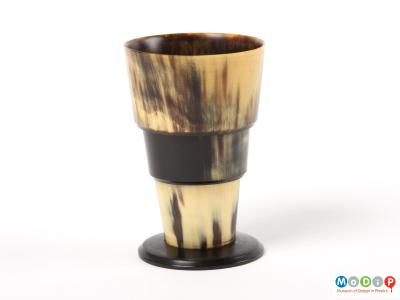 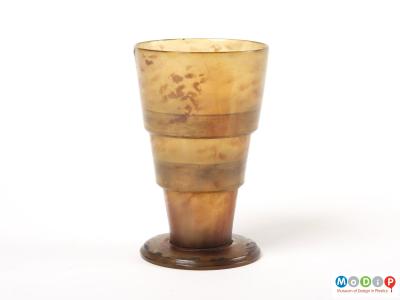 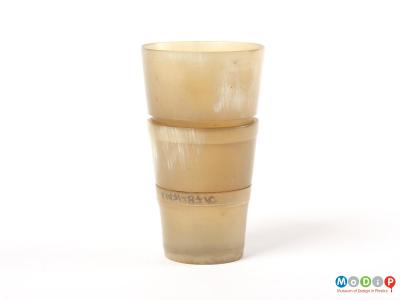 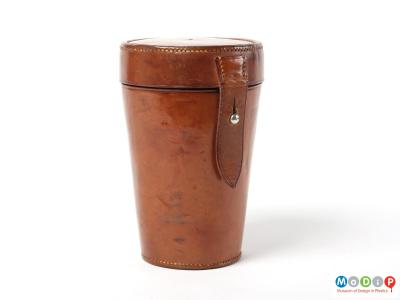