Alarm clocks, traditionally made with metal working parts and wooden or metal cases, play a crucial role in the transition from night to day. The Presta Asteroid alarm clock (1) with its shiny chrome coloured casing and copper face is actually made of polystyrene. By contrast, the translucent clockwork alarm clock (2) takes the form of a traditional wind-up clock but uses the transparency of acrylic to show off its mechanism. The cogs turn to advantage the bright colours of which plastics are capable. The ease with which plastics can be moulded means that clocks can come in any shape, even that of the Ross rooster (3). When his comb is depressed the eyes change from open to shut. 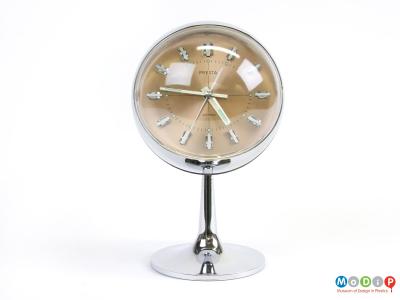 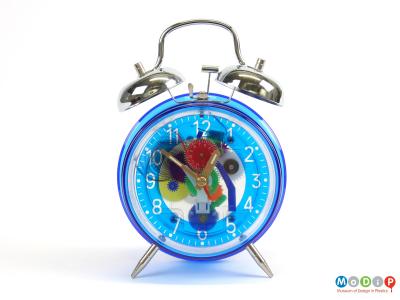 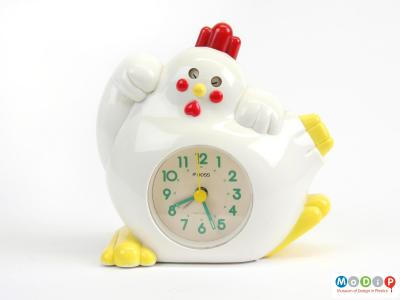 Many of us like a cup of tea on waking. The Goblin Teasmade (4) makes tea for you at a set time. The clock is set like an alarm clock but, instead of ringing a bell, the kettle starts to boil the water which is added to the teapot at a specific time. After a few minutes the alarm bell rings to tell you that the tea is ready. Patented in 1934, Teasmades were especially popular in the 1960s and 1970s.

Clocks are also combined with radios: instead of a bell going off your favourite programme can burst into life at the prescribed time. The Voyager 3 (5) is a travelling example in the form of a spectacles case again apparently made of metal achieved through the use of silver painted polystyrene. 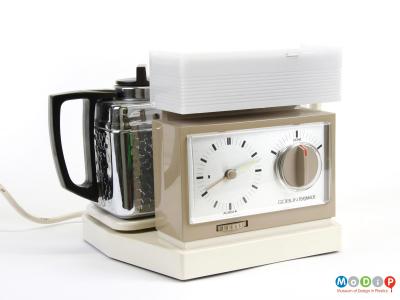 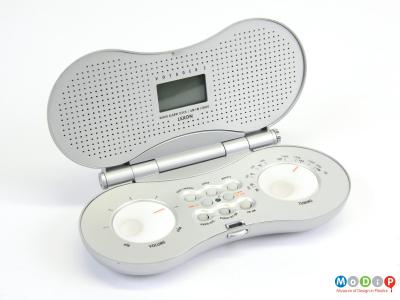