TV games, like the Binatone TV master (1), Adman Grandstand 3000 (2), and the Interstate 1160 (3) were precursors to modern games consoles, but unlike the Nintendo Wii or Sony PlayStation the software is preloaded, therefore limiting the choice of games to play, in these examples to 6, 4 and 6 respectively. 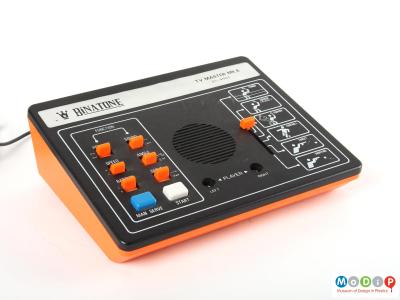 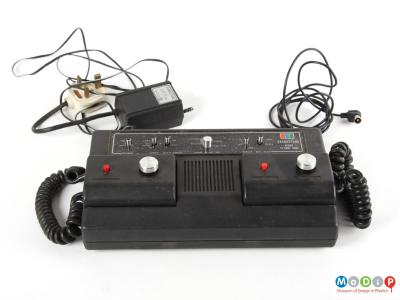 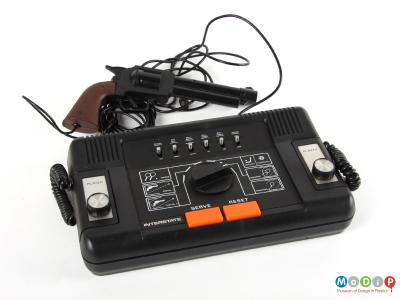 These digital games along with the likes of Frogger (4) were inspired by video arcade games which in turn are decedents of the sea-side novelty, mechanical arcade games popular in the early 1900s. The game Frogger is not only an electronic game out of the arcade but this example’s housing is reminiscent of a large video arcade game with the hooded design shielding the LCD screen from external light. The action of peering into the machine offers an extended level of intimacy. 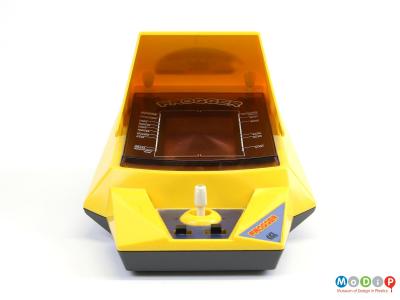 TV games were often designed to be played against an opponent, whether that be the ‘computer’ or a person, and so offer 2 controllers.  The personal games like Frogger and Beauty & the Beast (5) are for a single player and provide only one controlling system.  The aim here, rather than beat your opponent, is to get the furthest through the game and build up the highest score. 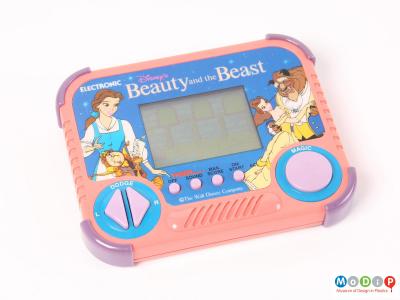 All of the casings on display are made from plastics materials such as polystyrene to create robust, protective shells. These not only prevent any damage to the delicate electronic components but are light to carry and pleasing to handle.