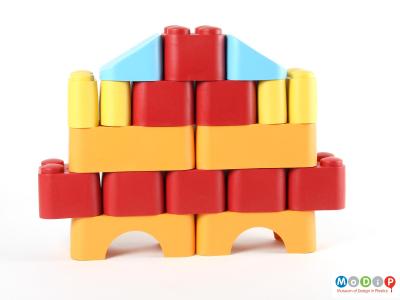 The earliest known plastic construction toy, Batima (2), was first made in Belgium in 1905 and was marketed with a booklet of building patterns. The examples on display date from the 1930s and are compression moulded from casein formaldehyde. An early British building set which also provided patterns to follow was Bayko (3) sold between 1934 to1967. The name Bayko was derived from Bakelite, the material used to make the early sets. This example dates from the 1950s and is made from urea formaldehyde. It consists of a base with holes in it, rods which can be held vertically in the base, and bricks, windows and other parts that can be slotted between pairs of rods. It also has roofs of various types. 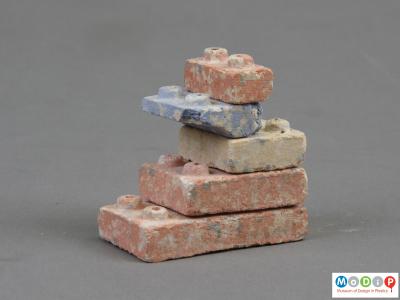 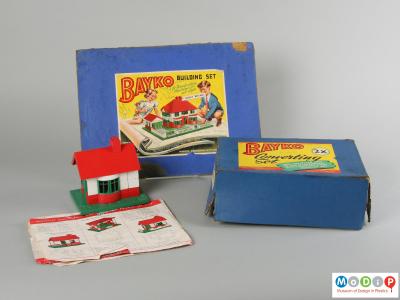 The most ubiquitous construction set today is Lego® which uses the stud and socket system pioneered by Batima. The first plastic Lego brick was produced in 1949 and the bricks as we know them today came into being in 1958. Since then Lego has extended the forms available in its kits as exemplified by the Duplo Goozle Zooters (4) set dating from 2001. It uses the characteristics of plastics to create variety of look and feel. The opaque shiny pieces are made of ABS (as are lego blocks), the transparent pieces of PMMA and the slightly rubbery pieces of PU. 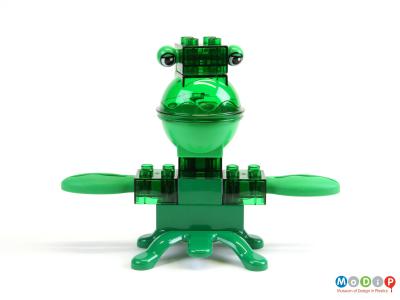 From 2002 – 2004 Mattel sold the Ello Creation (5) system which it described as a breakthrough toy created to engage girls in construction. It incorporates traditional craft activities such as beading with the ability to create environments and people to populate them as constructed here from Ello Beachorama.