The lightness, buoyancy, and flexibility of plastics have done much to enhance beach activities.

The inflatable beach ball (1) is believed to have been invented by Jonathon DeLonge in1938. That shown is made of PVC and is of typical design with six alternating white and brightly coloured panels heat welded together. It comes in a range of sizes up to a metre in diameter. Its lightness makes it easy to throw and means that it floats so it can be used on land or sea. In the sea it can aid the buoyancy of children learning to swim. It does, however, take a lot of puff to blow up and it cannot easily be transported from home to beach inflated. 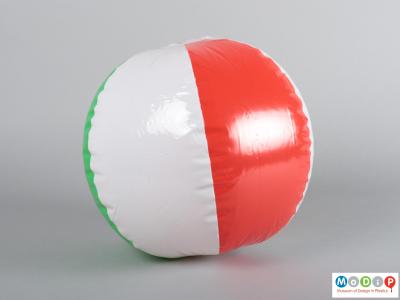 The Scrunch-ball™ (2) is a new concept. It is rotationally moulded of silicone and easily inflated with a straw. An additional feature is that it has a slightly sticky surface that makes it very easy for small hands to catch. It is sometimes marketed as part of a Scrunch™ Beach Set (3) consisting also of a flexible silicone bucket (4) and a pair of polypropylene digger tools (5) advertised as being able to be scrunched up small enough to fit in a lunch box, which means ‘No buying the beach set every time you go to the beach’. They have the added advantage over metal buckets and spades that they do not rust and do little harm if turned into missiles. 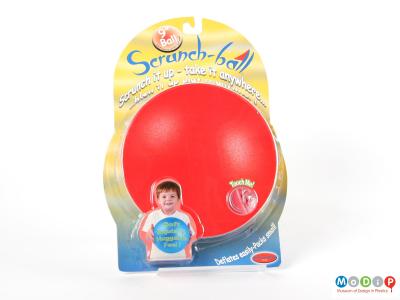 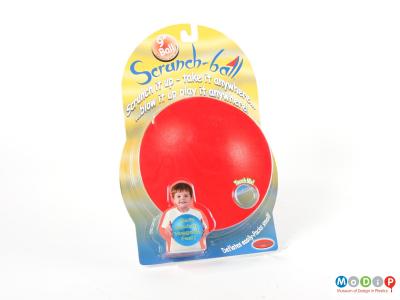 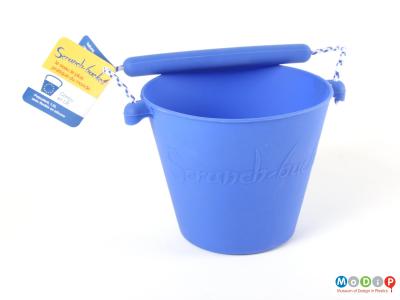 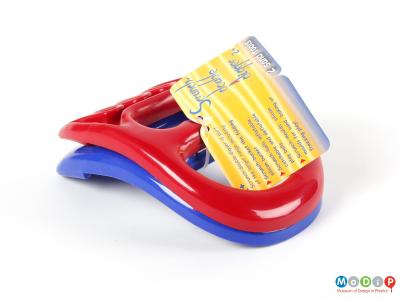 There are now a plethora of different types of plastic throw and catch devices that float and do not require inflating. The Aerobie Squidgie disc (6) is a version of the Frisbee™ first made in plastic to a design by Walter Frederick Morrison in 1948 and registered as a trademark by Wham-O Inc although it is now used as a generic term. The spoiler rim of the model on display encourages stability in flight and its softness and flexibility makes it safer and more comfortable to catch than harder plastic models. The Phlat™ ball (7 & 8) starts as a disc and pops up into a ball mid flight. It is made of stiff polypropylene panels with a thin piece in the centre of each, acting as a hinge, linked together by an elastic skeleton. Its transformation is dependent on a suction cup inside the ball that randomly loosens its hold allowing the elastic skeleton to pull the stiff panels, flexing at their hinge, into a sphere. The Phlat™ ball was given the American Parents’ Choice Foundation’s Parents’ Choice Good Toy Gold Award in 2002. 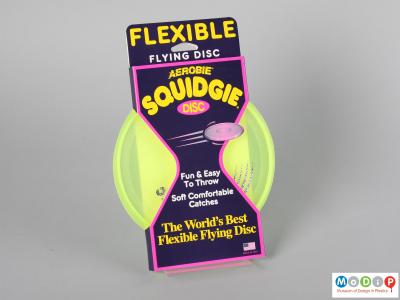 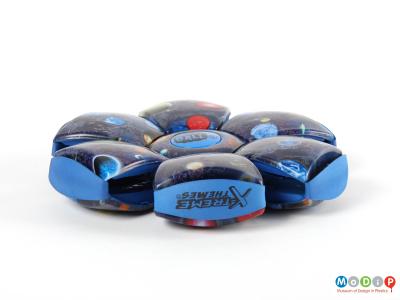 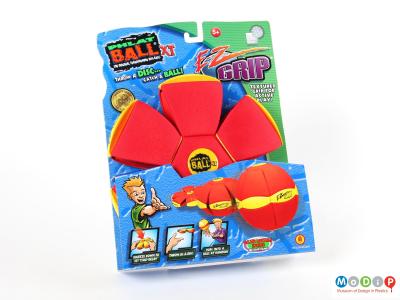 New exhibition: You can do it with plastics... >