Although acknowledged as having its roots in ancient Polynesian and Hawaiian cultures, the modern sport of surfing did not become truly popular until the 20th century. Early surfboards, fashioned from solid wood, were heavy and difficult to control but by the early 20th century hollow boards made from rib-supported balsa and given a protective waterproof coating of varnish were being made. The first production line surfboards were made from plywood decks with balsawood rails and an expanded polystyrene core. They were cheap to make and lightweight, but it was not until the development of fibreglass and polyester resins that boards were able to be made in sufficiently large quantities to satisfy the requirements of an increasingly popular sport. Many modern surfboards are made variously from polyester resin, polyethylene and polyurethane foam which is particularly useful as it is lightweight and has extremely good buoyancy, being virtually unsinkable. The O'Shea surfboard (1) is custom made from a shaped Styrofoam core with a polyester resin coating. The section of the BIC surfboard (2 - 4) shows the moulded polyethylene shell filled with a polyurethane foam. 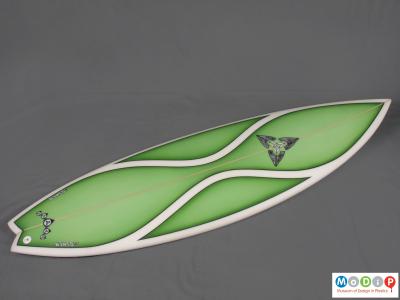 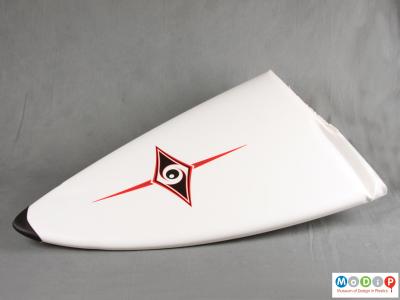 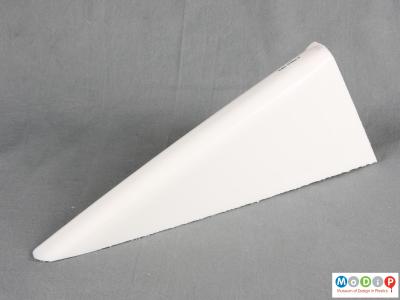 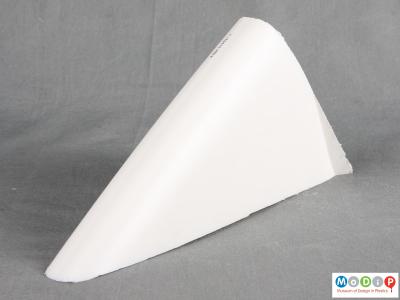 Neoprene is the trade name for a synthetic rubber developed by DuPont scientists in 1930. It is used in a wide range of applications and when formed into sheets, is highly suited to use in wetsuits and surf wear. It is highly flexible, has good insulating properties, is lightweight, has good resistance to damage caused by flexing and twisting and is resistant to degradation from the sun, ozone and weather. Commonly lined with Lycra®, spandex or nylon for added strength, Neoprene is a closed cell foam containing bubbles of nitrogen gas which has low thermal conductivity thus preventing heat generated by the body from being lost to the water. The incorporation of wool and titanium fibres increases the thermal properties of the material.

As well as wetsuits many accessories are manufactured to help protect the wearer from low water temperatures and also to help improve grip. The Foil split toe boot (5) with its rubberised sole and toe and the webbed paddle glove (6) with its rubberised grip and webbing are made from Neoprene by Billabong. The hood (7) has a nylon and titanium lining, which improves the insulating properties of the Neoprene and is made by CSR Sport. 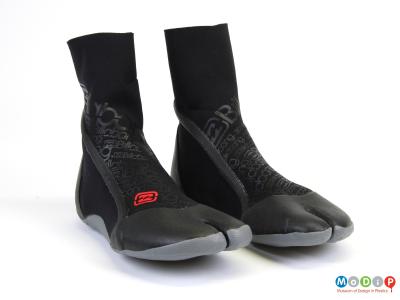 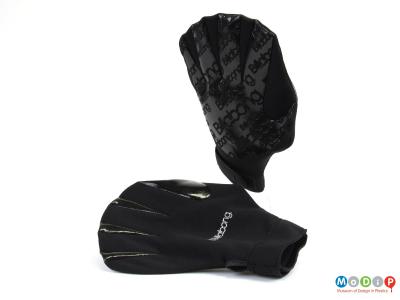 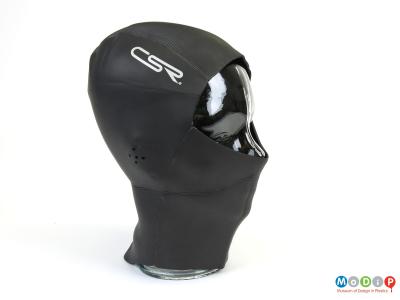