Every sport has its own dangers from a grazed knee to brain damage or death. Protective clothing is available for most parts of the body and helps to minimise the risks. It is recommended by sporting governing bodies but often athletes protest against wearing it as they feel it hinders them. Before the use of plastics, protective clothing was often made from leather, a strong and sturdy material but also stiff, heavy and cumbersome making free flowing movement of the body awkward. The advantage of plastics is their diverse properties: stiff and impenetrable or flexible and supportive; they can also be moulded to fit the individual perfectly.

The helmet (1), as worn by Britain's Champion Dirt Jump / Slopestyle rider Sam Pilgrim, safeguards the whole head from injury during Cycling, Skate Boarding, Street Skating and other sports where there is a risk of falling in any direction particularly backwards. The goggles (2) are used for Down Hill Mountain Biking and Snow Boarding, and help protect the eyes from UV light and light reflected on white snow, as well as from flying stones and low hanging branches. 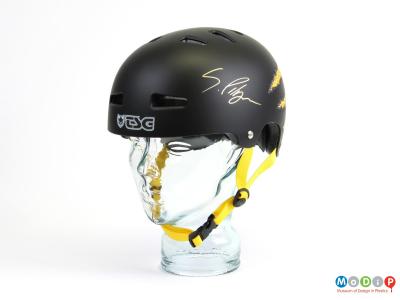 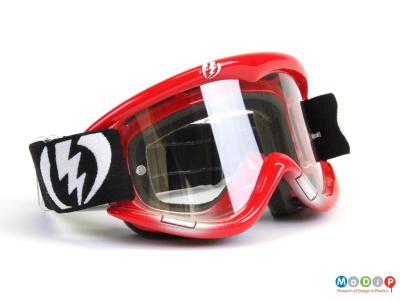 The 'boil-and-bite' mouth guard (3) is used during many contact sports, such as Boxing, Marshal Arts and Rugby, protecting the teeth from being knocked out, and preventing damage caused by a blow to the lower jaw which can send a shock wave into the brain potentially causing concussion. The plastic is softened with boiling water and moulded to fit the wearer's teeth. The under jersey (4) is specifically designed for Rugby players and provides support and cushioning for muscles, organs and bones in the torso, using bobbles of polyester and ethylene vinyl acetate. The abdominal guard (5) (also known as a cricket box) is made of a hard plastic, linear low density polyvinyl, and provides an armour-like plate for a batter to reduce the impact force of a hard leather cricket ball. 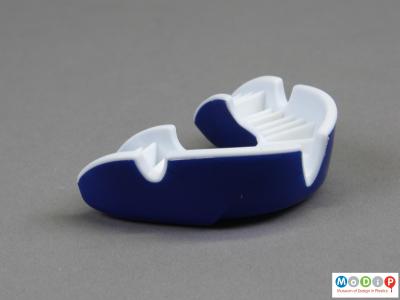 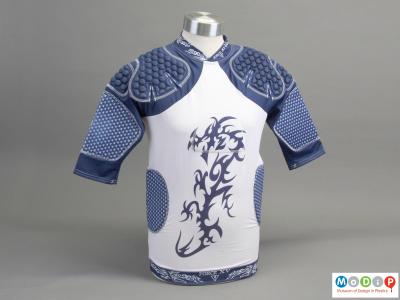 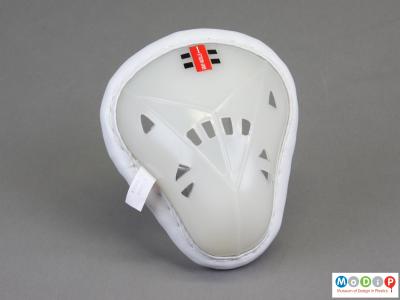 During Down Hill Mountain Biking the leg and ankles are at risk of damage from stones, branches, rocks, tree trunks and falling from the bike at high speed. This knee and leg pad (6) employs Kevlar®, a tough material used in bullet proof vests by the Police and Army. The Ankle Biter (7) has moulded plastic cups to protect the vulnerable ankle bone from damage. A shin pad (8) is a requirement for playing football having a hard plastic shield to protect the delicate shin area from impact. When an injury has occurred to a muscle in the body a supportive brace can prevent further damage, this ankle support (9) is made of neoprene which stretches to fit the ankle exactly and holds warmth around the injury. 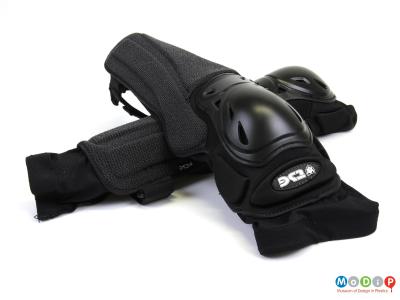 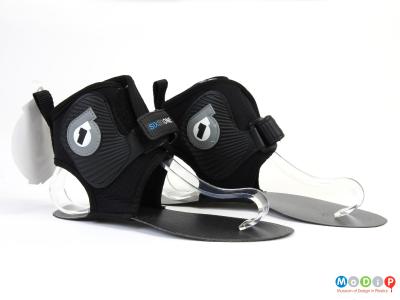 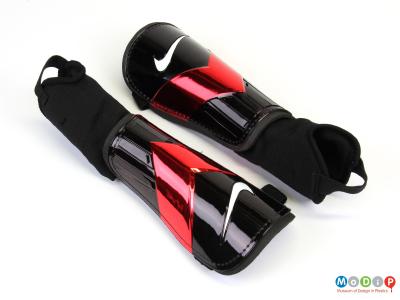 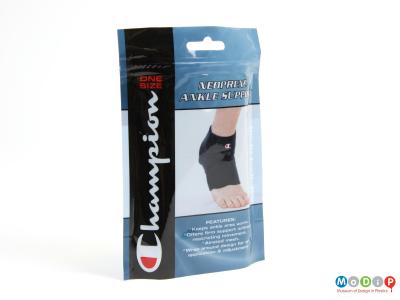