The Ancient Egyptians developed bread around 6000 years ago; they soon discovered that it would keep much longer if it was browned over a fire. Some time later the idea of toasting bread travelled all over Europe and beyond with the Roman Empire. In fact the word toast comes from the Latin tostum meaning to scorch or burn.

The first stand alone electric toaster was made in 1893 by Crompton & Company of Chelmsford, Essex. This early device would toast only one side of the bread at a time so the user had to turn the slice over by hand to cook the other side. These side loading machines (1 - 3) are very similar to the original concept and date from the 1910s and the 1940s respectively. 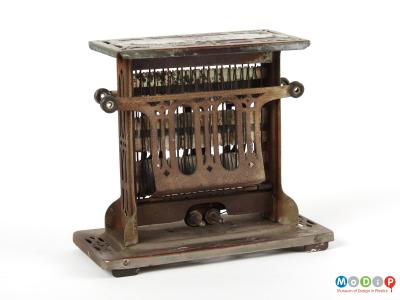 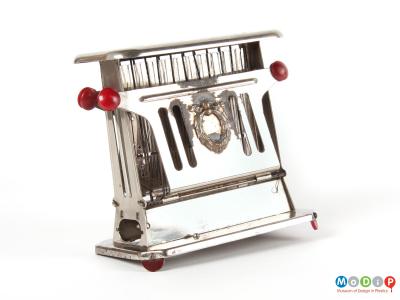 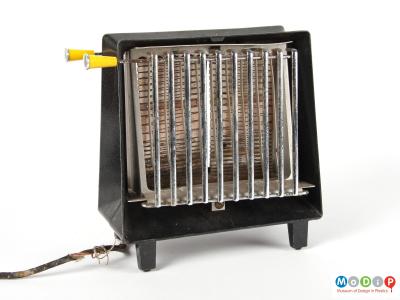 At its conception the toaster was a piece of luxury tableware enabling the owner to make hot toast at the table without having to disturb the servants.

The key development for the electric toaster was the invention of Nichrome by American engineer Albert Marsh in March 1905. The alloy of Nickel and chrome proved to be tough but could easily be drawn into a resistance wire, making an ideal heating element (4). 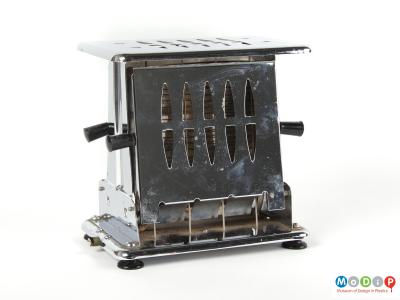 Over the years there have been a number of solutions to getting your toast out of the toaster, this example (5) illustrates the 'tipper' method rather than the pop-up method (6) used by the majority of toasters. In the late 1970s, the development of heat-resistant plastics offered more options for toaster design. By the 1980s plastic bodied toasters increasingly featured a 'coolwall' (7 - 8), which have a gap between the inner metal and the outer walls, preventing the outside from getting hotter than 40°C. 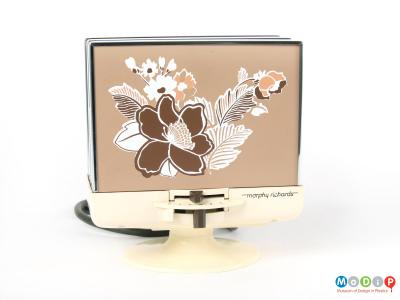 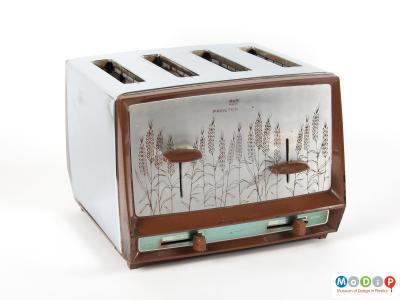 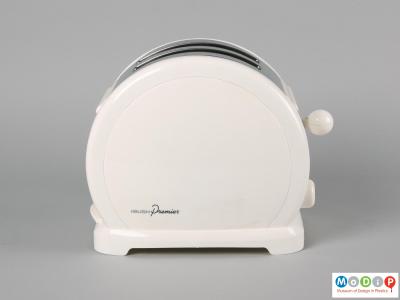 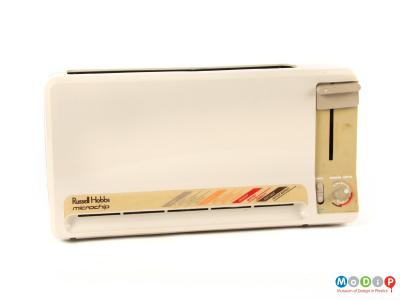 Today toast making has gone beyond just toasting a slice of bread, with toasting paraphernalia such as the soldier cutter (9), and Toastabags (10) for making toasted sandwiches. Some toasters have a specially designed rack for heating buns and bagels (11) and a freezer button for defrosting and toasting bread straight from the freezer. 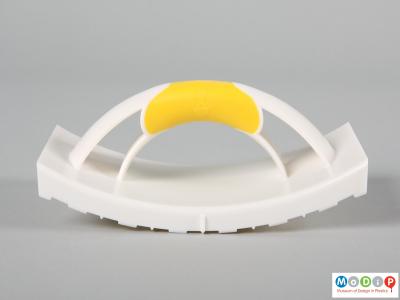 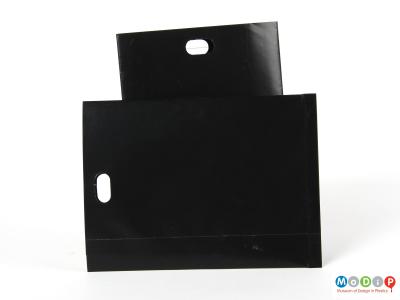 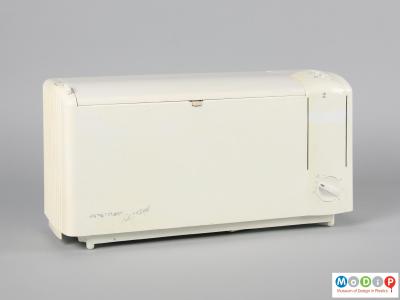