Often we think of eating a sandwich outside as picnicking but a true picnic should be a grand affair. It should be a meal, not just a snack, and eaten outside, often in an open green space, such as a park or in the countryside.

It is thought that picnics stem from medieval hunting parties sitting down to eat before they embarked on the business of the day. This would be a formal feast with baked meats and other such lavish foods. These types of meals were popular in both France and Britain during the 14th century.

It has been suggested that the word picnic comes from the French pique meaning pick or peck coupled with the rhyming nique meaning of little value or trifle.

Picnics as we know them today became fashionable during the 19th century. The Victorians enjoyed this relatively informal and relaxed way of eating with friends and family as it made such a change from the very formal meal times that were held by the middle and upper classes.

The luxury of china crockery and metal cutlery was present in the picnic hamper even with the resurgence of picnic popularity in the 1950s (1), but the use of plastic was becoming more and more popular, especially when it came to packaging the food and drink to be consumed. 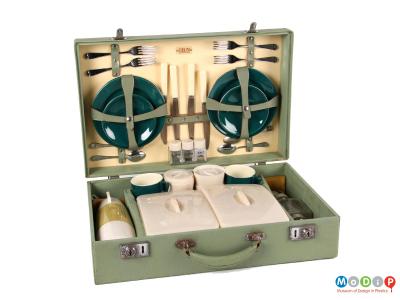 One of the key elements of a picnic is the hot cup of tea or coffee. Many different styles of vacuum flask (2 - 3) have been designed over the years, most notably by the company Thermos. Some have an integral cup, or even two, so you can share your favourite brew at the optimum temperature. 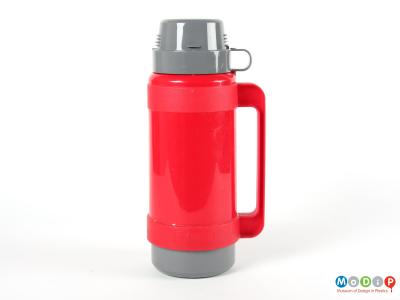 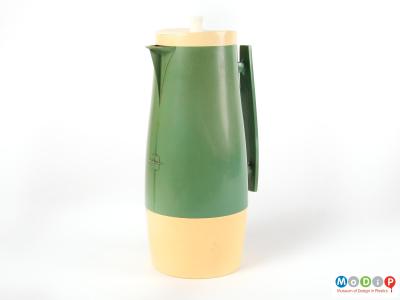 Later in the 20th century it became more apparent that picnics and plastic were to go hand in hand because of the relative cheapness, durability and lightness of the material. This 1970s Italian designed Guzzini Pic Bol (4) packs everything required (apart from cutlery) for a six person picnic in a neat stylish globe, with a simple decoration of patriotic colouring. 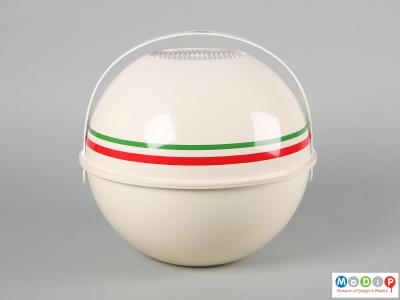