Traditionally, lunch boxes were made of metal. They were lidded pails or tins converted from other uses taken to work by those who could not afford hot meals. They began to be made as consumer products early in the 20th century and were usually shaped like small suitcases or caskets, the latter with domed lids.

The first lunch box to have a media character - Mickey Mouse - printed on it was made in 1935 and shortly thereafter they became must-have accessories for school children.

The earliest plastic lunch boxes appeared at the end of the 1950s. Of sewn construction in PVC, they were soft and purse-like. This technology has been developed to include insulation in such boxes as the Lunch Tote (1). 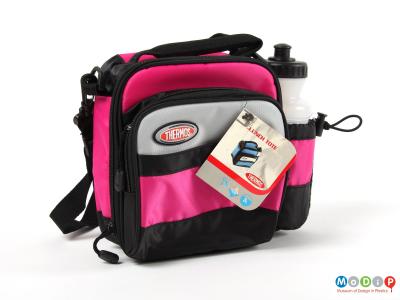 The first rigid plastic lunch boxes were made in the 1970s. Some continued to have appealing images on their sides, like the combination box (2) which, by the integral placing of the vacuum bottle imitates the traditional domed casket shape. However, the mouldable nature of plastics also made it possible to make boxes cheaply in the form of media characters exemplified here by the Mickey Mouse box and flask (3 - 4). Such has become the passion for lunchboxes that they have also been used to promote snack ingredients. The Marmart box (5) imitates the shape of Marmite squeezy jars and was given away for Marmite tokens. 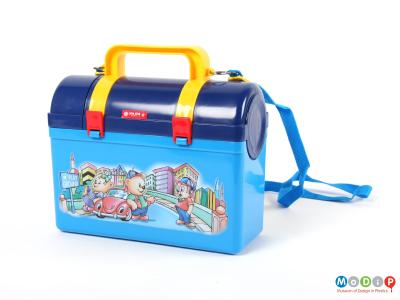 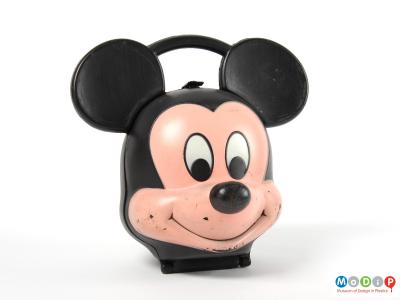 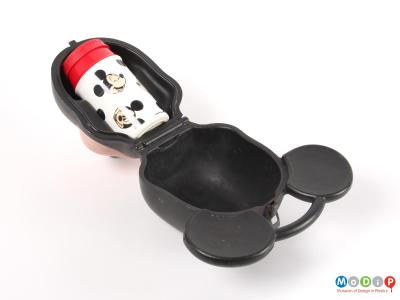 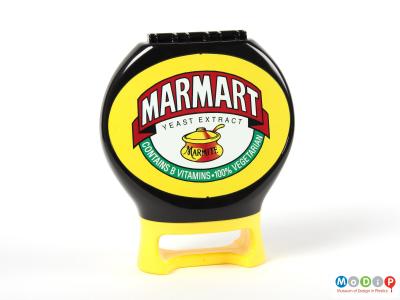 Plastic boxes can also be shaped to protect individual types of food, the Tupperware cake slice box (6), the Cyberman sandwich box (7), Buchsteiner's bun box (8 - 9) sold in the UK by Lakeland Plastics, the Banana Guard (10) invented by a doctor who got fed up with his banana getting squashed as he cycled to work, the inflatable Fenne FruityFaces (11), and the Salad Blaster (12) are all examples. 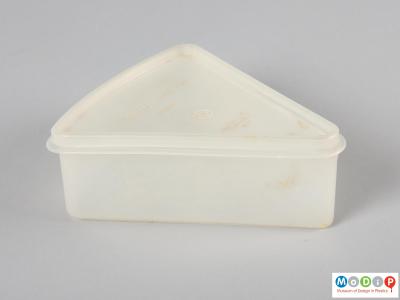 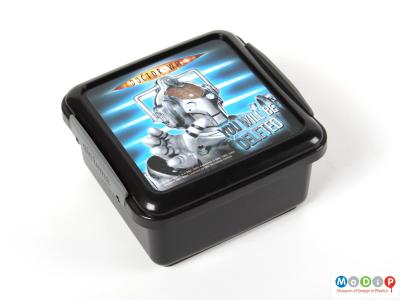 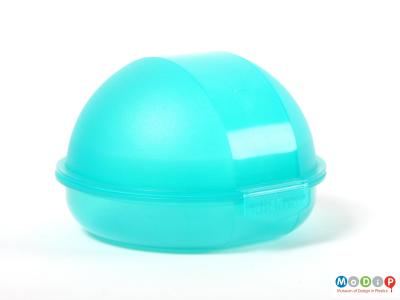 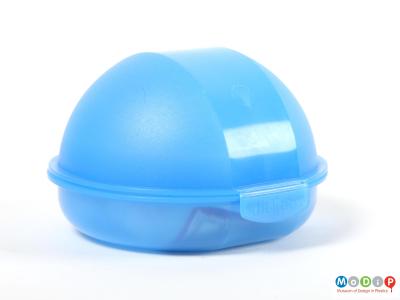 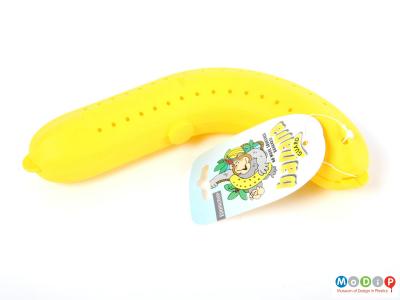 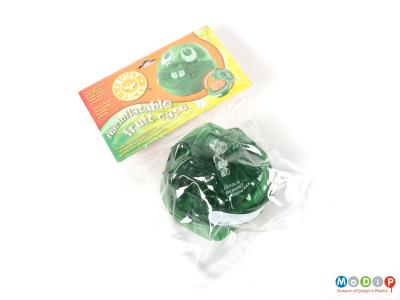 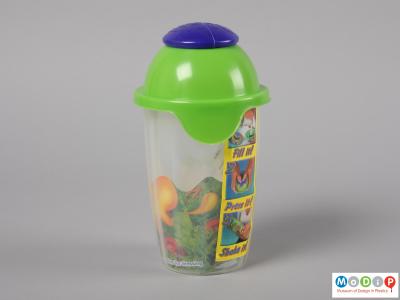 The properties of plastic are such that the same box can be used to freeze, heat and transport your meal. With a Wilko tub (13) all you need do is remove the floral bung to microwave it and replace the bung to transport it. 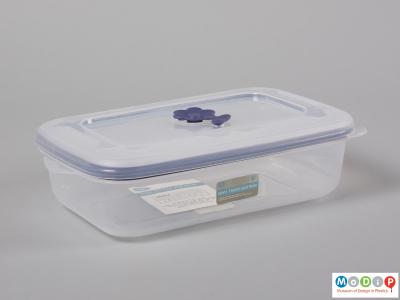