Today's modern busy lifestyles have demanded that food for some, be available on the double - or it may be argued that the ability to prepare food quickly has enabled us to spend less time in the kitchen and more time on other pursuits.

Hand in hand with the demand for quick-to-prepare food has been the development of food packaging, presentation and cooking containers which are able to withstand high temperatures and sometimes double as a serving platter or bowl thus requiring even less time to be spent on kitchen chores.

The microwave ready-meal, instant drinks, soup in a cup and hot noodle snacks etc. are a common feature of many people's lives.

Pot Noodle (1), based on the hot ramen noodle soups sold as a readily available snack food in Japan, was developed by Golden Wonder in Japan in the 1970s and later launched in the UK in 1977. The pot, which contains a dehydrated mixture of noodles, soya pieces, vegetables and flavouring, is generally made from polystyrene with a detachable foil lid and is able to withstand the rigours of boiling water. A ridged ring of plastic incorporated towards the top of the cup acts as a heat barrier and enables the consumer to hold the cup comfortably without danger of fingers being burned.

Other 'pot' foods have joined the ranks and it is now possible to buy a wide range of instant foods in the pre-packed cup format (2 - 3). 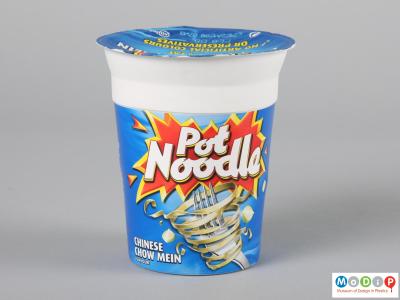 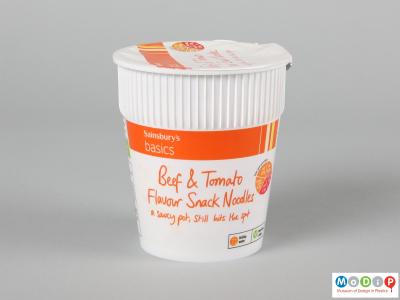 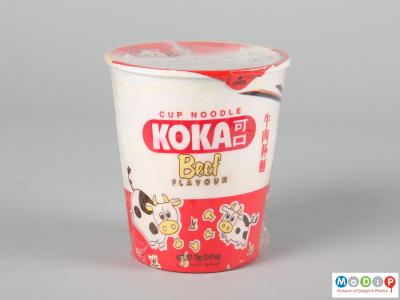 Ready-made soups (4 - 6) are now commonly available in microwaveable polystyrene cups. These cups incorporate an insulated sleeve and a no-spill snap on lid and offer a quick hot snack solution for those with limited time available. 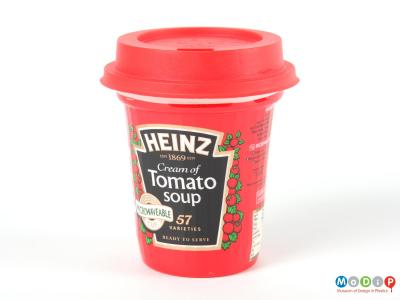 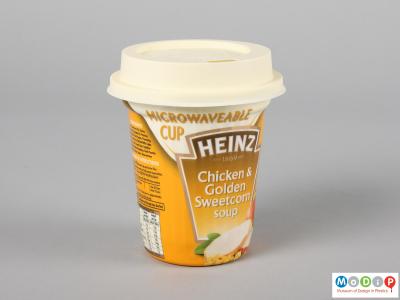 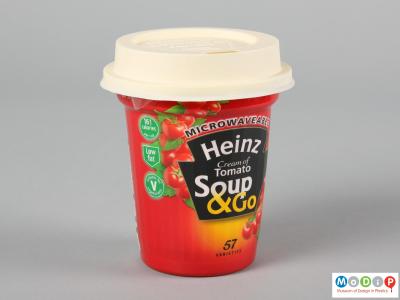 A range of instant drinks requiring only hot water is now readily available. Eye-catchingly designed containers (7) and slim-waisted jars (8) of just-add-water mix are a common feature on supermarket shelves along side tea and coffee products. They are most commonly made from polyethylene and polypropylene. Whereas these products demand that the consumer supplies their own cup, the luxury Belgium chocolate drink comes supplied in its own double-walled insulated lidded cup, ready to microwave and serve no washing up required (9). 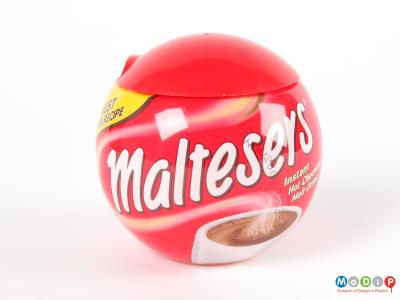 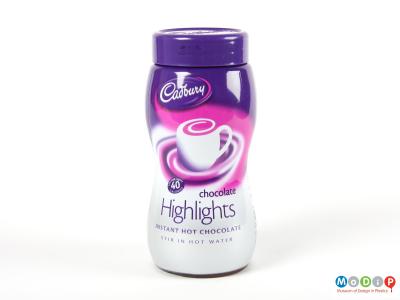 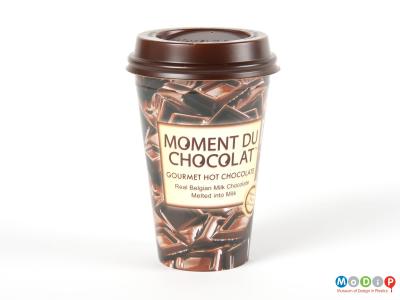 The development of the microwave oven has had a major impact on food preparation and the ready meals and snacks market. Although the first commercial model was introduced in the 1950s, use of the microwave oven did not become widespread until the 1970s and consequently plastics suitable for use in this environment were not commonly available until then.

A range of containers has been developed specifically for use in the microwave oven, most commonly made from polypropylene, often doubling up as the serving dish as in the microwave egg cooker (10). Whilst steaming, a conventional method of cooking, has recently risen in popularity, the practice of steaming food in a sealed bag in the microwave oven is relatively new. This sealed, flexible container promises to allow you to cook your food quickly, healthily and again reduces the need for washing up (11).

Two-minute meals presented in plastic, microwaveable sachets are also available no preparation required and no clearing up (12). 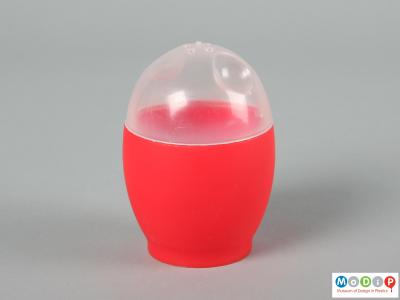 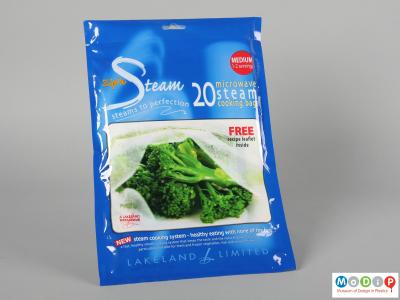 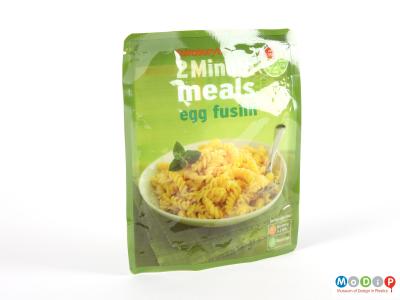 Many of these quick methods of food preparation rely on our acceptance of the disposable, throw away culture the contribution to the waste mountain is a topic which is currently hotly debated. (See the case entitled Trash).