According to PETA (The People for the Ethical Treatment of Animals) every year more than 1 billion animals are slaughtered in the global leather industry. Leather from Asian countries such as India and China often comes from animals whose throats were cut and whose skin was ripped off while they were still conscious.

With the introduction of realistic and practical plastics materials, the use of animal skins has become unnecessary.

These Vegetarian Shoes sandals (1) are made of a substitute leather material, probably polyurethane, which provides similar properties to its natural counterpart. The shoes are flexible, breathable and comfortable to wear just like a leather pair would be. 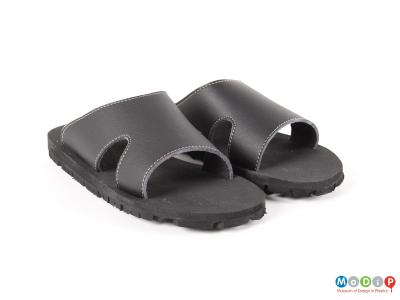 Objects clad in leather are often seen as luxury purchases. The 1960s Sobell transistor radio (2) is covered with a faux leather material to give it an expensive look. The luxury status of an object is increased even more if it is clad with the skin of an exotic animal, such as an alligator. The Ever Ready Sky Queen radio (3) of the 1950s imitates the striking pattern with a more ethical plastics alternative, as does the 1920s lizard skin umbrella handle (4). 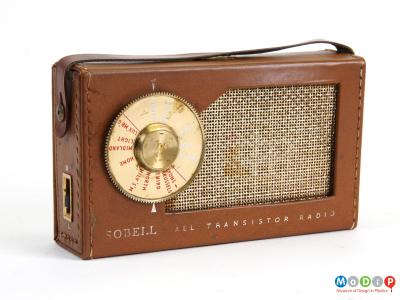 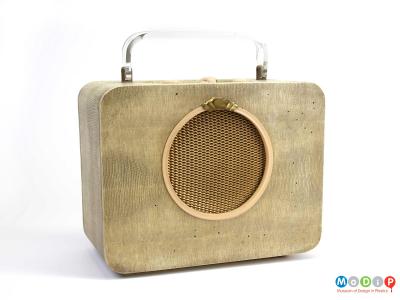 A number of plastics materials can be used to mimic the same animal skin but will achieve a different effect. The fabrics of these two bags are designed to imitate snakeskin but both have individual characteristics. The PVC bag (5) has a buff metallic look with a printed pattern and a deep texture, whilst the polyurethane example (6) has a shinier finish and a softer texture. Neither of these finishes would be possible with real snakeskin. With a plastic alternative, pattern, texture and scale of the fabric are entirely in the hands of the textile designer, providing more opportunities to the fashion and textile industry. 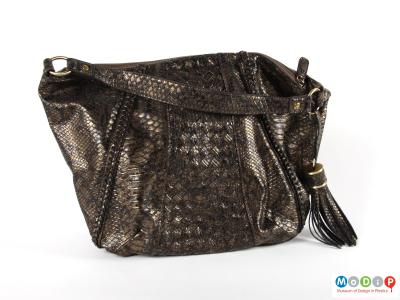 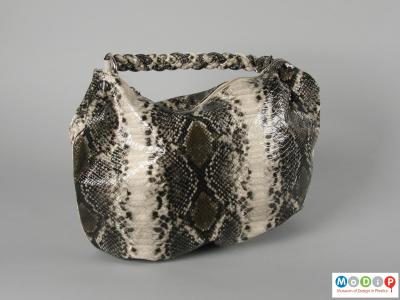