The catalogue of the 1862 International Exhibition held in London, at which the first man-made plastic, Parkesine, was introduced stated among its achievements that it 'may be worked in Dies and Presses, as Metals'. The decorative panel (1), resembling wrought iron, is an example. However, more significant in terms of the impact of plastics on industry, is its use in place of metal without necessarily resembling it in appearance. The acrylic water meter (2) seems to revel in the potential of plastic to offer different visual characteristics with its brightly coloured gear wheels and transparent case. 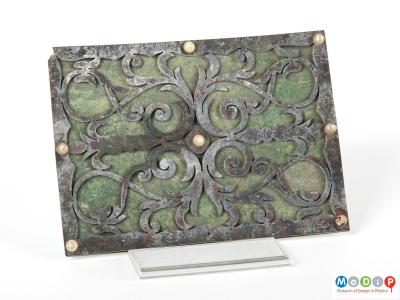 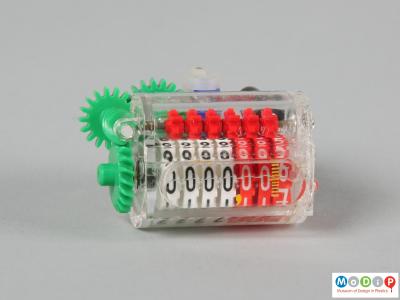 Plastics are now widely used in place of metal for plumbing. The first range of plastic taps, the Opella 500 Series (3), was designed by Martyn Rowlands in the 1960s when the cost of brass and chrome was rising while that of plastics was falling. They are made of polyacetal resin designed specifically to replace die-cast and stamped metals. It withstands boiling water, is a poor heat conductor, strong, resistant to corrosion, and so smooth that furring is eliminated. 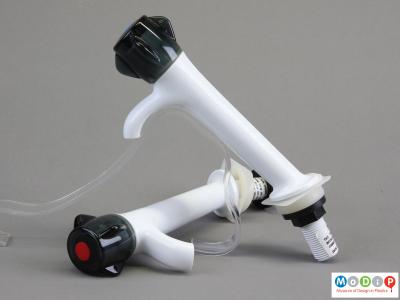 The use of plastics in place of steel in the car industry has made cars lighter and cheaper and improved their impact strength. The rocker-box cover (4) from a 1950s Morris car engine is an early example of such substitution. The more recent Smart car wrap round bumper part (5) has been moulded with its fixings in one operation making the interchange of panels cheap and easy. No longer do damaged panels have to be repaired and the fashion conscious can match the colour of their car to their outfit. The ease with which decorative motifs can be moulded in one operation in the case of the wheel trim (6) has led to a plethora of different styles. 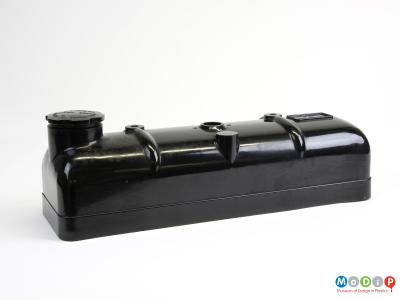 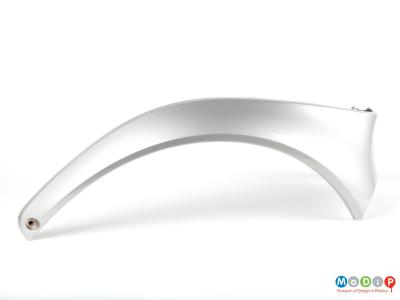 The BP Gas light (7), a propane gas cylinder, made from translucent glass-reinforced plastic with a high density polyethylene inner liner, enables you to see how much gas is left. It weighs 50% less than traditional steel cylinders. Other advantages are that it is non-corrosive and reacts to fire with a controlled burnout instead of an explosion. It is thus easier and safer both to distribute and to use.

Plastics also play a significant role in the kitchen. The muffin tray (8) is made of silicone, which can withstand temperatures up to 220 degrees centigrade, is food safe and does not corrode. The fact that it is soft and flexible combined with the fact that it is anti-adhesive means that extraction from the mould is easier than with metal moulds. The salad knife (9) is made from a rigid nylon. It has the benefit that it does not react with lettuce and therefore does not discolour the leaves as a steel blade does. It is also less dangerous than a steel knife, a characteristic shared by the razor blades (10) which come in different levels of rigidity for use on different kinds of surfaces. 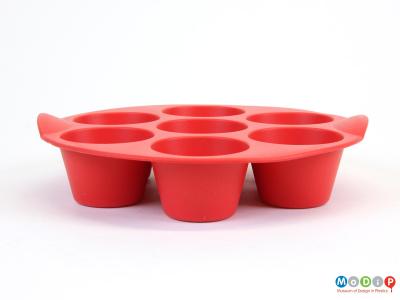 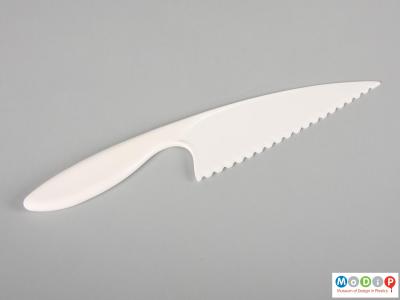 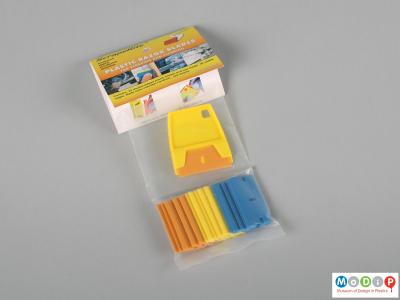