There are a variety of designed solutions to protect the body from fire or to put out flames. In a racing car there is a significant risk of hot fuel catching light. The Sparco Pro Tech RW-9 undershirt (1) is intended to protect the wearer from heat and flames for a limited period of time and conforms to regulatory standards of safety. The textile is made up of polynosic rayon (modal), aramid, carbon fibre, and elastane. It is chemically treated with x-Cool Silver treatment which provides ‘an efficient reduction in body temperature and a cooling sensation’. The Tech 1-Z Race Gloves (2), have a lining made from Nomex which is a flame-resistant material made of an aromatic polyamide. Although first marketed in 1967, it is still used by most leading racing drivers. Normally light and flexible, it carbonises and thickens on exposure to heat forming a protective barrier for the skin. 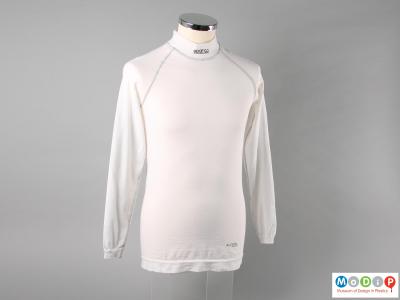 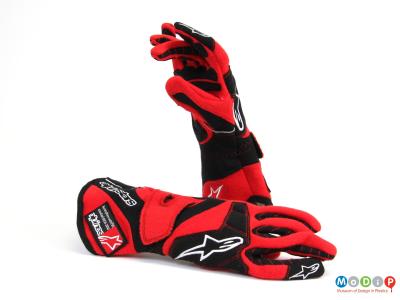 The ArcoPro Nomex Comfort jacket (3) also uses the anti-static properties of Nomex to reduce the chance of an electrostatic discharge spark leading to the ignition of vapours, aerosols, or flammable liquids in a factory or other production facility. The AirPro Baseball bump cap (4), designed to be used on building sites, is made of acrylonitrile butadiene styrene (ABS) and polyester which are treated with the chemical Proban which makes it fire-resistant. 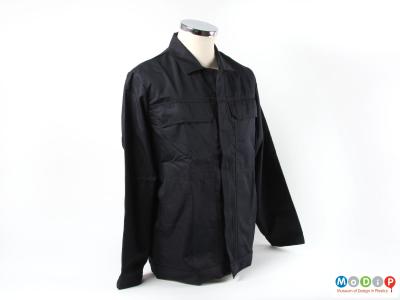 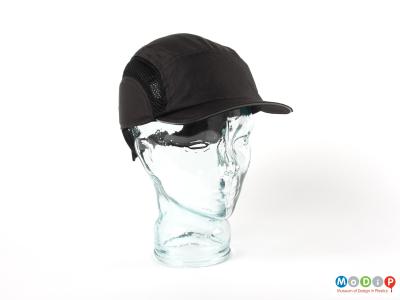 Glass fire grenades were used between 1870 and 1910 and were designed to be thrown at a fire where the glass outer would break and the liquid contents would supress the flames. They lost favour as it became apparent that they contained dangerous chemicals. The Firevase (5) is a modern version of this technology made of polyvinyl chloride (PVC) and filled with liquid potassium carbonate. The firevase, designed to also hold flowers, was created as part of a fire safety project in South Korea where an estimated 10,000 residential fires occur every year. 100,000 firevases were handed out to households in fire-prone areas between September and December 2018. The AFO Fire Extinguisher ball (6), thought to be made of a foam casing wrapped in PVC, does not need to be thrown at a fire as it will self-activate when it comes into contact with the flames. It also produces a loud sound which will serve as an alarm for people nearby. 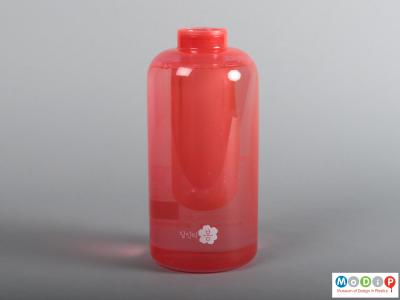 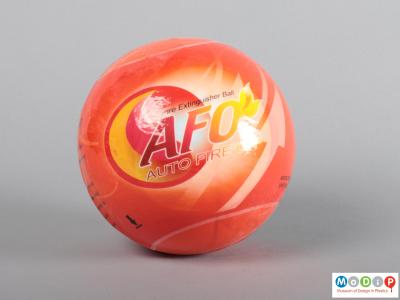