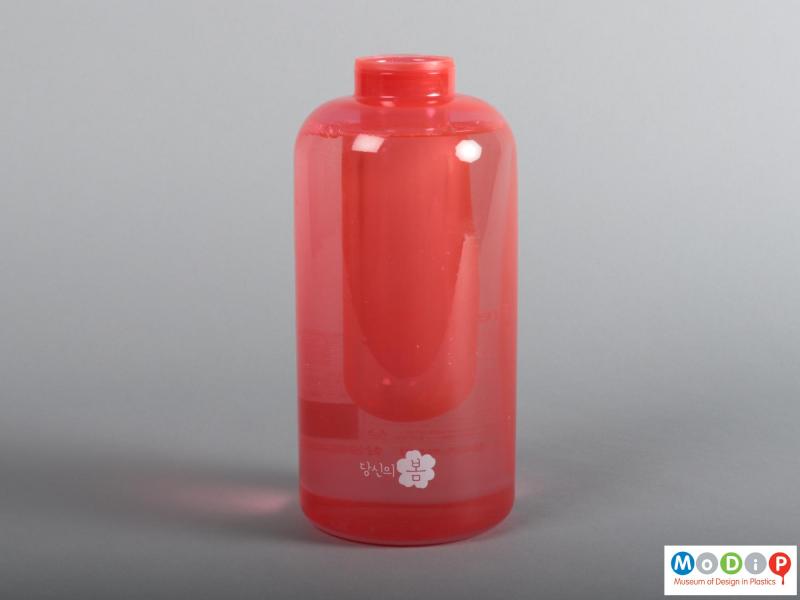 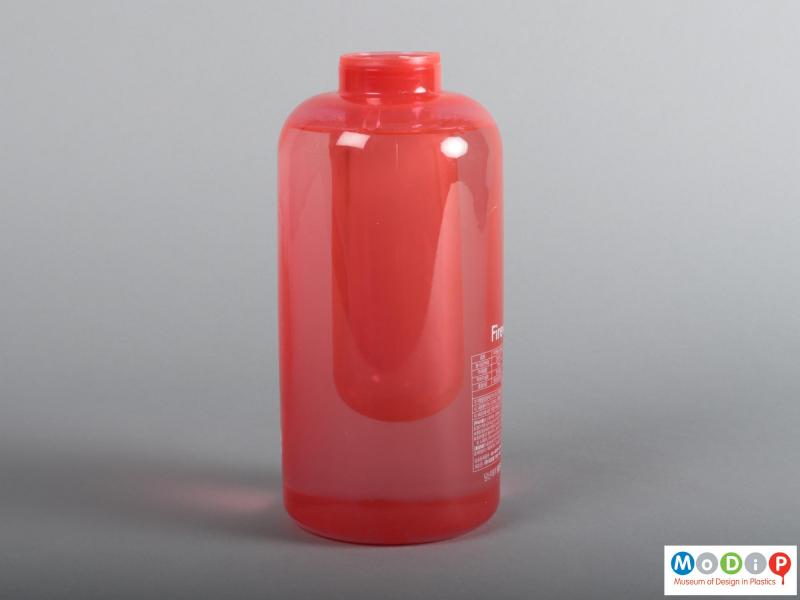 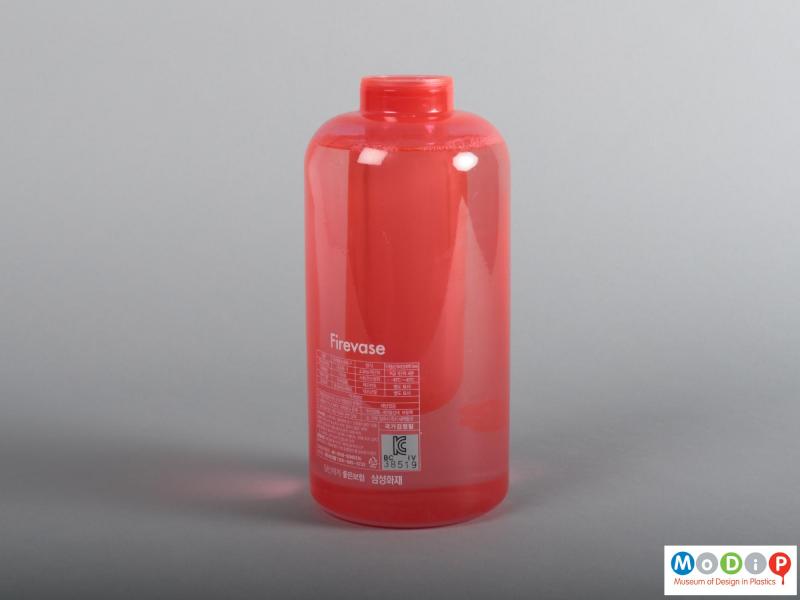 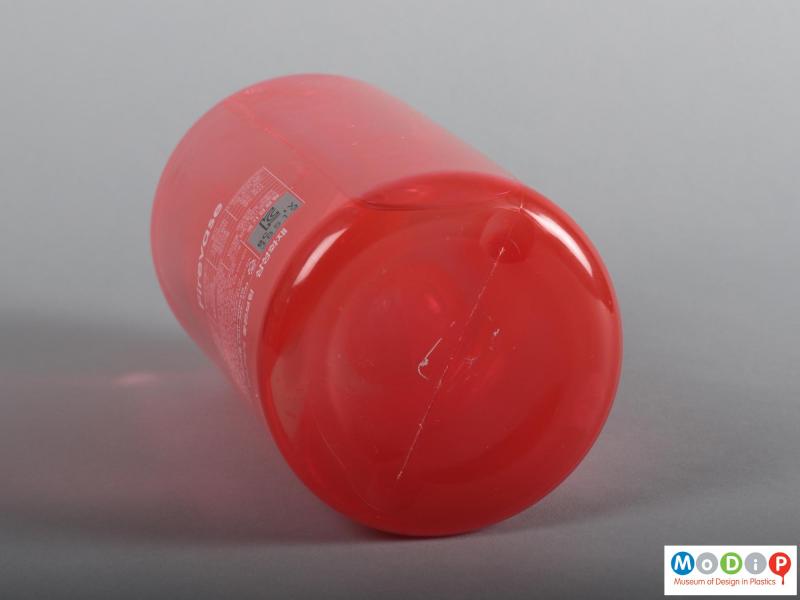 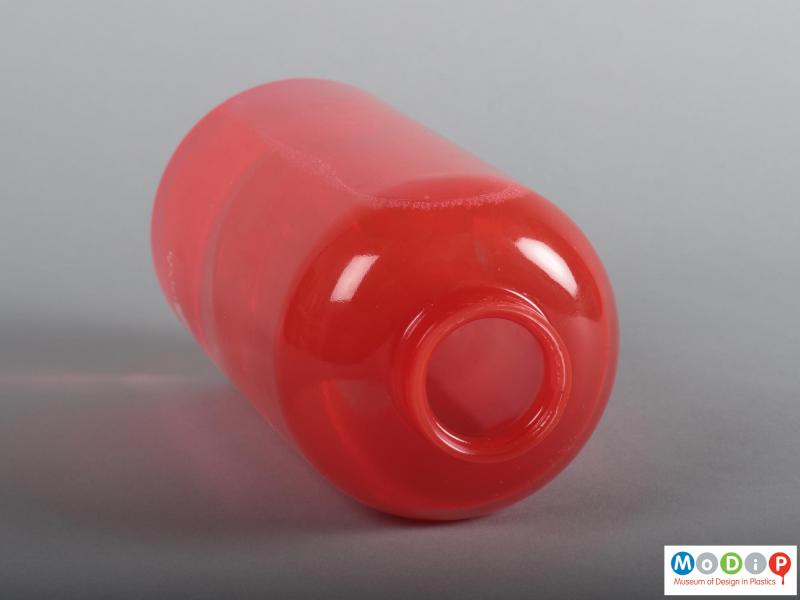 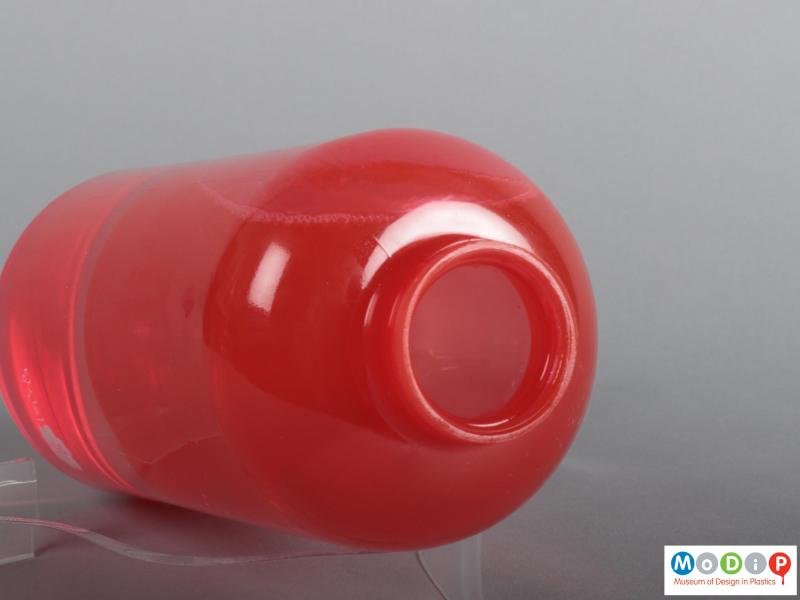 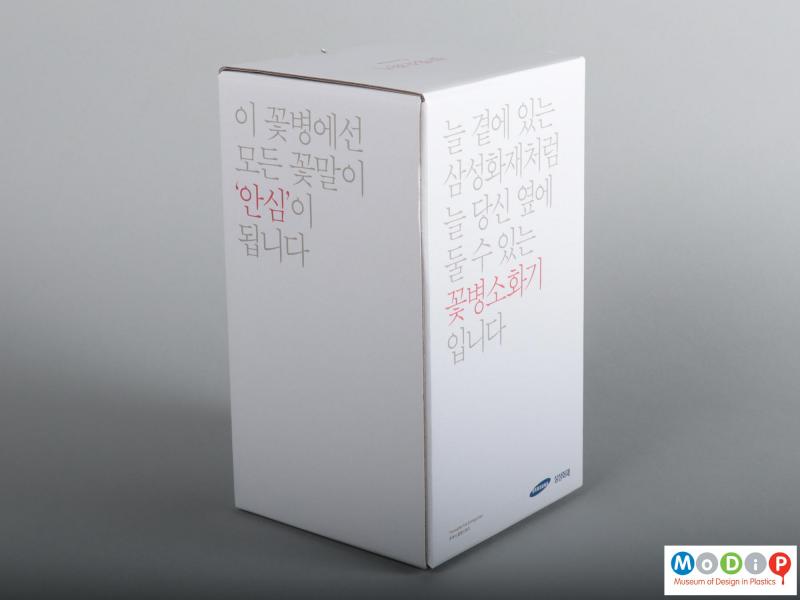 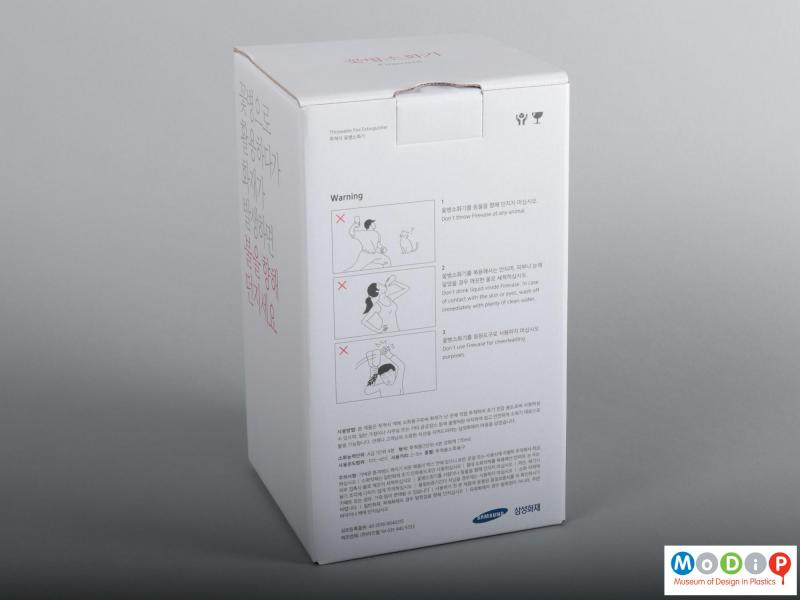 The Firevase is a throwable fire extinguisher, blow moulded in polyvinyl chloride (PVC) and filled with liquid potassium carbonate (an oxygen suppressant). Double walled, the inner chamber can be used to display flowers in the home, keeping the decorative vase within reach should a fire occur. By throwing the vase into the initial stages of a fire, the bottle will break and the liquid will smother the flames. Designed for Samsung Fire & Marine Insurance by marketing company Cheil Worldwide, the firevase was conceived as part of a fire safety project in South Korea where an estimated 10,000 residential fires occur every year, yet only 42% homes own a fire extinguisher and these are often stored so that they are inaccessible in an emergency situation. The project brief was to design a product that would encourage fire safety and be sufficiently desirable that people would be happy to own and display it within their homes. 100,000 firevases were handed out to customers in fire-prone areas between September-December 2018, as part of a wider corporate branding campaign. Approved by the Korea Fire Institute, Cheil Worldwide kindly donated this object to MoDiP.
Designers & Manufacturers
Designer (Person)
Hwang, Seongphil
Manufacturer
Cheil Worldwide
Manufactured for
Samsung Fire and Marine Insurance

Images on this site are for non-commercial, educational use only. MoDiP has included images of this object with permission from Cheil Worldwide.

Images on this site are for non-commercial, educational use only. MoDiP has included images of this object with permission from Cheil Worldwide.