In 2020 England experienced record breaking levels of rainfall which had a devastating impact on thousands of homes and communities. Although the government has pledged to double the amount they spend on flood defences, there are relatively inexpensive measures that homeowners can take to reduce the impact of flooding to their property. Two examples shown here address the problem of flood water entering a building through an airbrick. Both are made from tough, water resistant plastic materials.

Airbricks are devices used in buildings to allow the circulation of fresh air beneath suspended floors and within cavity walls to prevent the build-up of moisture and gasses. They are ideally incorporated on all sides of a building. Guidelines recommend that they are installed at least 75mm above ground level to prevent water ingress, but in a flood, when water may rise above that level, extra measures are needed to prevent water entering a building. It is estimated that up to 50,000 litres of water can flow through one unprotected airbrick in an hour.

One solution is to fit an airbrick cover. The Floodtite airbrick cover (1) attaches to the wall with fixings pre-fitted into the brickwork either side of an existing airbrick. When a flood is expected the cover is attached to the wall by tightening integrated T-handle screws. The tough outer cover is fitted with a waterproof memory foam seal to ensure a watertight fit to the brickwork. Once the flood waters have receded the cover is removed to allow airflow to resume. 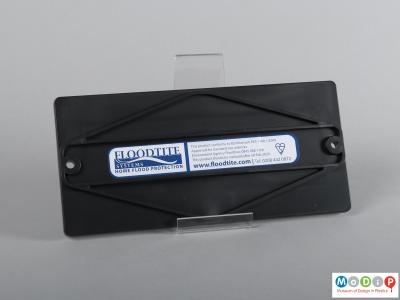 The SMART Airbrick (2) is a permanent installation. Under normal conditions it functions as a standard airbrick, allowing airflow underneath the property. However, as flood water enters the brick, four valve balls float on the water’s surface and automatically block the passage of water. As flood water recedes, the balls return to their normal position again allowing air to flow. Made from recycled polypropylene (PP), the SMART Airbrick is easy to install and maintain, and no advance notice of flood is required for it to be effective. 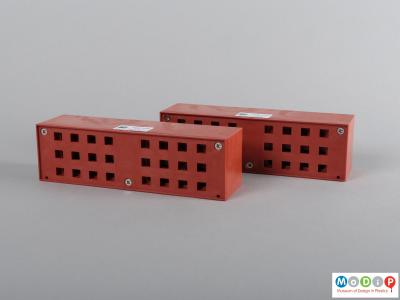