Plastics have contributed to the development of prosthetic devices due to their wide range of mechanical, electrical, chemical and thermal qualities. They are inert, non-toxic and durable with the ability to perform in the precise environmental conditions found within the human body.

Often called a ‘glass’ eye, modern ocular prostheses are rarely made of this material today but instead consist of a thin, curved, plastics shell that fits over an orbital implant behind the eyelids. This example (1) is made from medical grade acrylic and has been hand painted to match the patient’s sclera (the white, outer layer), iris and pupil. The veins are made from silk. 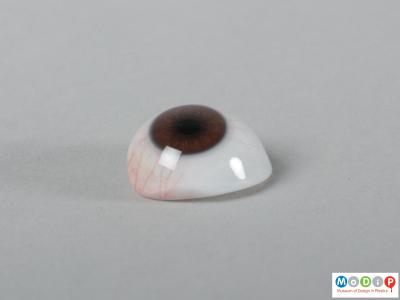 Acrylic is also used in the artificial hip joint (2) developed by Jean and Robert Judet in 1946; the first use of plastics in joint replacement technology. By 1952 the Judet prosthetic had been implanted into more than four hundred patients across Europe before technological innovation evolved to supersede it. This example was removed from a patient at the Harlow Wood Orthopaedic Hospital in Nottingham in 1954. 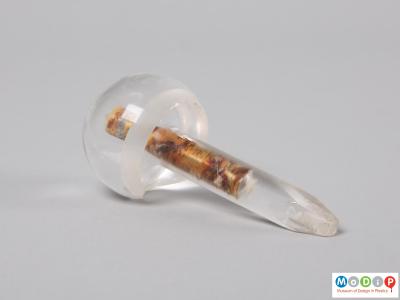 False teeth became more affordable and accessible with the invention of vulcanite in 1839. This sulphur-hardened rubber, used in the moulding of denture bases (3), replaced expensive gold and ivory. It became available just after the introduction of anaesthesia, which had created an unprecedented demand for the extraction and replacement of bad teeth. From the 1930s, vulcanite was itself superseded by acrylic resin (4) as the preferred material for both the denture plates and the teeth, which previously had been made of porcelain. 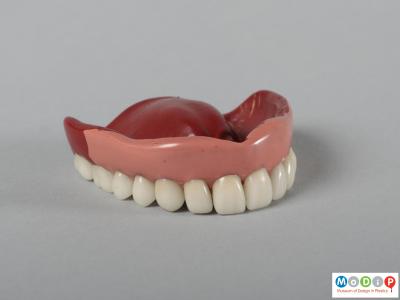 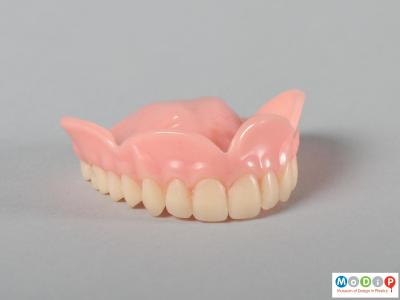 The world’s first fully implantable cardiac pacemaker was fitted to a patient in Sweden in 1958. Invented by Rune Elmqvist and Ake Senning, the experimental unit encased components, such as pulse generating circuitry and batteries, within a biocompatible, synthetic epoxy resin (Araldite) to provide the vital hermetic seal. Two polyethylene coated suture wires connected the unit to the patient’s heart. This replica (5) was made and donated to the museum by AUB Modelmaking student Kate Evans. 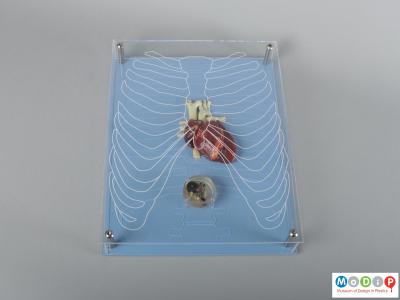