Between the ages of 6 and 9 months, babies begin to pick up food with their fingers and feed themselves. By using plates with separate compartments for the different foods the child can easily distinguish between flavours (1 - 2). A snack pot with a flexible lid (3) helps to keep spills to a minimum. 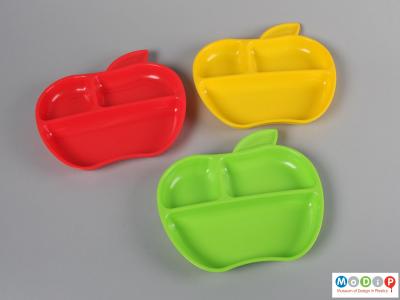 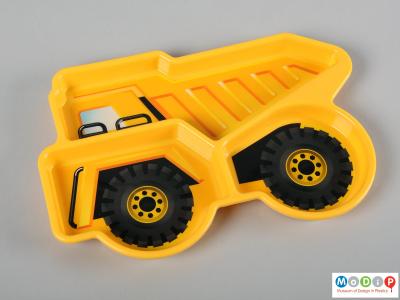 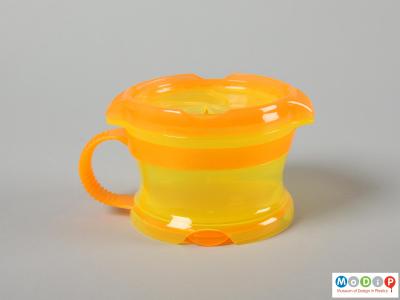 To progress from drinking from a bottle to using a sippy cup (4 - 6) the baby needs the ability to grasp and hold the handles, as well as moving what they are holding safely to their mouths.  The Tip it Up (4) and Tupperware cups (6) have silicone mouth pieces, so have a similar feeling to the bottle that the child has been used to. 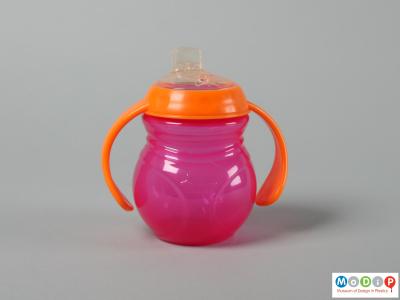 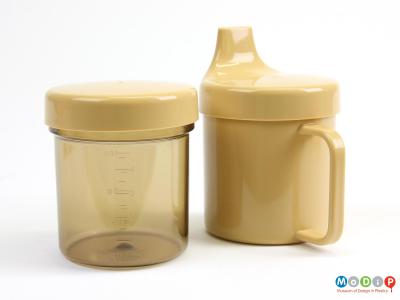 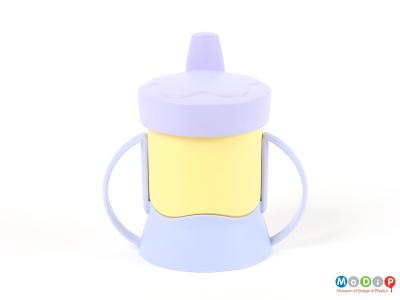 A second stage in the transition from bottle to cup has been created by the Grown Up cup (7) which is aimed at children of 12 months and over. The covering plate is pushed by the child’s nose as the cup is lifted.  This helps to regulate the flow of liquid and reduces the risk of spillages.

Children start to be able to grasp a spoon by the handle between 9 and 12 months, and eat using a fork from 18 to 24 months. The handles on the Tupperware cutlery (8) are ergonomically shaped and have a soft surface which aids the small hands of the child to maintain a good grip. The Me-Feed-Me (9) cutlery has a similar oversized handle. The bowl has three easy-scoop corners to guide food onto cutlery, making self-feeding more rewarding and less frustrating for a child. The rim of the bowl curves inwards, which directs food back onto the cutlery preventing food from spilling over the sides. 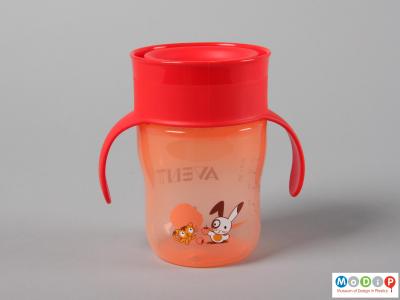 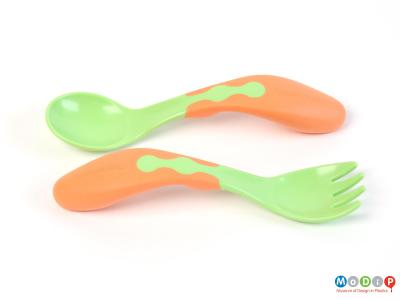 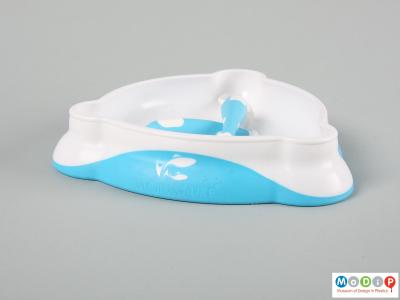 Feeding with the family >