This workshop focused upon the value of object-based learning in HE through student engagement with artefacts from the Museum of Design in Plastics (MoDiP) at Arts University Bournemouth (AUB). It promoted discussion of how handling objects can offer important and memorable learning experiences that engage students in a variety of ways. Case studies of innovative pedagogic practice where learners interrogate design concepts, contexts and issues through physical engagement with objects were presented. Ideas and exemplars that may be adopted and adapted by others were shared and key research findings regarding the consideration of unusual museum objects as tools for creative learning and teaching were disseminated.

The use of museum objects in Higher Education has been a hot topic for many years. Indeed the University Museums Group was set up 25 years ago as a lobbying body to fight the divide that was then occurring between universities and their museums and collections and a whole issue of the Museums Journal (vol. 86, no. 3, December 1986) was devoted to the crisis. Since then notable work has been done on the value of object-based learning, such as that resulting from the HEFCE funded CETLD (Centre for Excellence in Teaching and Learning through Design 2005-10) and the JISC funded OBL4HE (Object Based Learning for Higher Education, 2011-2013).

Both workshop organisers, Kirsten Hardie, National Teaching Fellow(NTF), and Susan Lambert, Head of the AUB’s Museum of Design in Plastics (MoDiP) had presented at the ADM-HEA / CETLD symposium Collecting Experiences: enriching design students’ learning in the museum held at the V&A on 24th April 2009. Kirsten presented a session on the use of the toilet brush as a learning tool: this work is currently being formalised for publication. Susan provided examples of ways in which the MoDiP collection is used to enhance teaching and learning at the University. Such work has continued and examples of completed projects that show the student work beside the museum objects that have contributed to it can be seen in our inspiring case studies. Additionally MoDiP has developed a pilot e-learning object-based resource, Plastics into products, for those interested in familiarising themselves with issues underpinning the study of materials and of design in relation to plastics.

Our workshop was designed to bring together people from museums and Higher Education to promote discussion of how handling objects can offer important and memorable learning experiences that engage students in a variety of ways and to raise awareness of MoDiP as an important resource available to all. We were therefore pleased to welcome a wealth of delegates from both sectors.

Delegates and speakers, seated at tables of five in a studio space, were greeted by AUB’s Vice-Chancellor, Professor Stuart Bartholomew.

The workshop then got off to an excellent start with a thought-provoking paper by Leanne Manfredi, Programme Manager for Higher Education & Creative Industries at the Victoria and Albert Museum. She provided an overview of changing attitudes to access at a national museum (the V&A) and a university collection (the Whitworth Art Gallery) and highlighted some of the problems, in particular the different understanding of curators and teachers of the benefits for learners of encountering objects off display and their different understandings of their roles. HE tutors tend to view access to objects as access to ‘expertise’ and subject knowledge, whereas museum curators outside the HE sector tend to see themselves as enablers of access, casting the role of the tutor as the expert, and think, therefore that the tutor should lead the session. Her paper concluded with a description of a project, which examined how the use of rapid prototyping technology could be used to remake and transform a selection of 16th century bronzes from the V&A’s sculpture collection, creating a 21st century solution to access and expanding both the meaning of the object and its potential for student interaction with objects beyond the museum context.

There followed three short presentations by AUB staff providing examples of how the MoDiP collection is used in its learning and teaching.

Associate Professor and National Teaching Fellow, Kirsten Hardie showed a wide range of objects from the MoDiP collection and explained how she uses them to engage her graphics students with wider design issues such as taste, aesthetics and design appraisal while stimulating their critical and analytical investigation.

Russell Gagg, course leader for Interior Architecture and Design, outlined a project run in successive years in which first year BA (Hons) students present an object from MoDiP’s collection in the museum in a way that contributes to its interpretation. He explained the intended learning outcomes: improved understanding of the relationship between objects and space, and an introduction to both workshop practices and the stringency of working with a real client. Examples of the students’ work demonstrated a new approach to object presentation of equal interest to a study of interpretation as of routes to enhanced learning.

Julia Flatman presented an optional project undertaken by first year BA (Hons) Fine Art students in which students are given the opportunity to respond to either the concept of the museum as a cabinet of curiosities, or to the meaning /value/power of collecting, or to the materiality of plastics itself. She provided a wonderful variety of examples of the ensuing work. Two students, Amy Forrest and Alison Broad, spoke about the positive nature of the experience. For one of them it has underpinned her final year project.

The last session before lunch involved each table being given a selection of five objects from the museum and being asked to come up with a minimum of two ideas of how they could be used singly or together in their teaching practice and to write their ideas on a post-it note.

To stimulate discussion each group of objects included an early example of plastics, an example of plastics used as a substitute material, an object by a well-known design, an object made from recycled plastic and a disposable object. After 20 minutes everyone went to a different table so that they worked with different people and a different set of objects. They were asked to think in an ambitious and out-of-the-box fashion as possible and a wide variety of both general approaches and object specific ideas were generated.

During the hour allocated to lunch, those who had not been to the museum were encouraged to do so and to see the current exhibition: Beastly designs and the related student work.

After lunch there was only an hour remaining. Delegates, again working in groups of five, were presented with one object from MoDiP’s collection and one concept identified in the previous session (but most likely not from the object in question) and asked to work them into a teaching and learning case study. It was directed that they should do this by drawing a mind-map to show the development and connections in their thought processes. Volunteers were then requested to share their thoughts and feedback was provided by four groups.

The team proposed that students should be encouraged to investigate the meaning of the object historically, conceptually and socially. They developed an idea of ‘taste’ detectives and how the object could be the focus for a research project to develop the characterisation / lifestyle / environment for a movie. 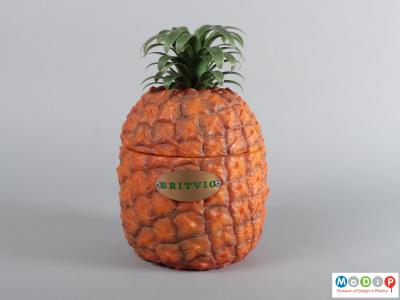 The team suggested students should research different types of cutlery classifying them according to sustainability. They should then, in collaboration with a design agency, hotel and events team, design their own range of sustainable cutlery and present it in a Dragon’s Den scenario. The winning design should be produced and sold in a prestigious venue. Learning outcomes would include understanding of the design process through to manufacture, how to work with different sorts of organisations, and development of entrepreneurial and employability skills.

The team developed the idea of the phone being a miniature device that opens you up to enormous things. They suggested the development of a sound installation incorporating sounds from when the phone was made and sounds now in order to explore the role of technology in the development of social networks and different ways of sending messages in different eras. 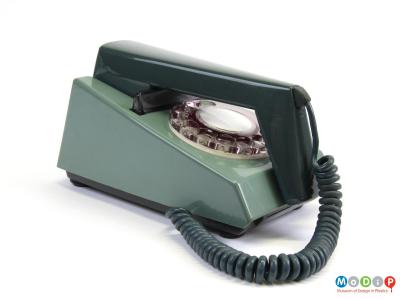 Feedback 4 - Jasmine stockings: objects that aspire to be something else 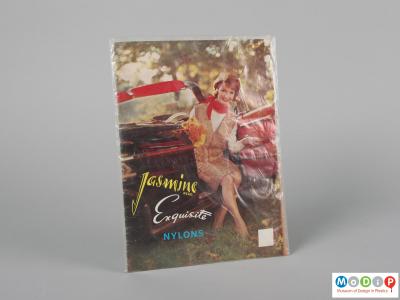 The day was completed by an account of the work of the HEA and its up-coming events by Carolyn Bew.