Upcycling differs from recycling in that the material is not reprocessed and therefore retains some of its original elements.  These elements become features of the finished product.

The Airpaq (1) is made from upcycled seatbelts, airbags, and seatbelt buckles, all sourced from scrap yards.  These materials are anti-bacterially washed at high temperatures and the buckles are disinfected before being used.  The inspiration for the prototype, designed by Michael Widmann and Adrian Goosses, came from a visit to a scrapyard as part of an assignment on the Strategic Entrepreneurship Master programme in Rotterdam in 2015.  Through a crowdfunding campaign the bag was further developed and subsequently the company launched their first collection at Innatex, an international trade fair for sustainable textiles, in August 2018.  Wyatt and Jack’s bag (2) is part of a collection made from salvaged inflatables and beach toys that have been rescued as part of their Inflatable Amnesty, in an effort to divert as many as possible from landfill.  Each product is entirely unique, with the shape of the original item including the areas of damage, dictating the shape of the bag, in order to use as much of the piece as possible. 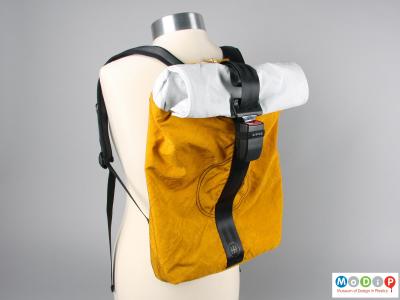 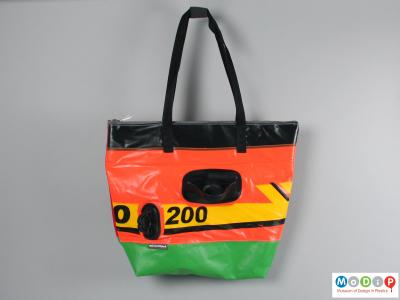 The 'Rhoda' bag (3), created by textile maker Sarah Bayley, uses virgin waste destined for landfill. The base is formed from a compact disc which itself is made from layers of polycarbonate, aluminium and acrylic. These individual components can only be harvested and recycled at specialist electronic recycling facilities. The body of the bag is formed by combining weaving and knotting techniques using bottle tops, shower hosing and pharmaceutical packaging waste, all of which have been previously unused and were created by overproduction in the industry.  In 2019, the designer contacted MoDiP to explain that she no longer makes these bags because her supply of materials is no longer available as the company overproducing has since invested in inhouse recycling machinery to combat this issue. The CAPtivate lamp (4) was assembled by Watford Workshop, a registered charity that provides training and employment for people with learning disabilities.  The armitage to which the caps are screwed is made from damaged plastic PET bottle performs (injection moulded bottles before they are blow-moulded into their full shape) supplied by Artenius Packaging. The caps are donated from each home game played by West Ham United. The caps are removed from bottles sold in the stadium in order to prevent fans from using them as missiles. 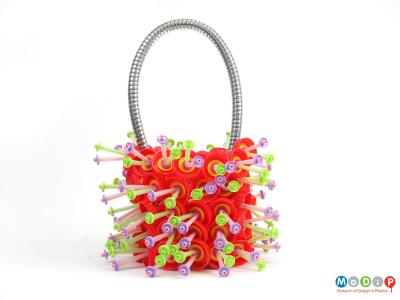 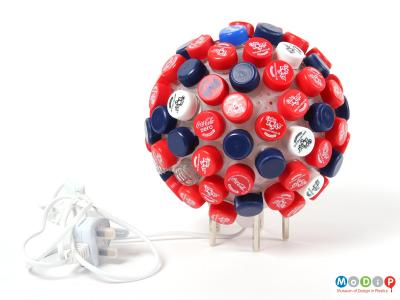 You can do it with plastics