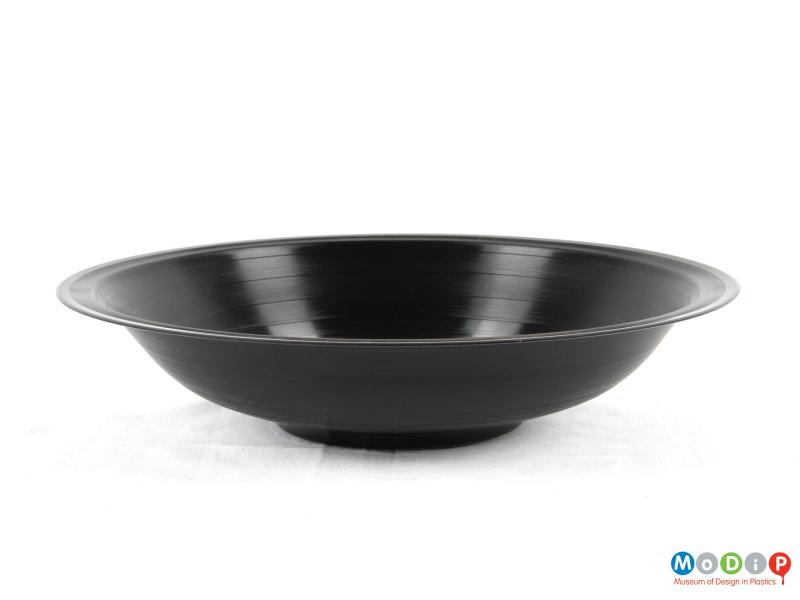 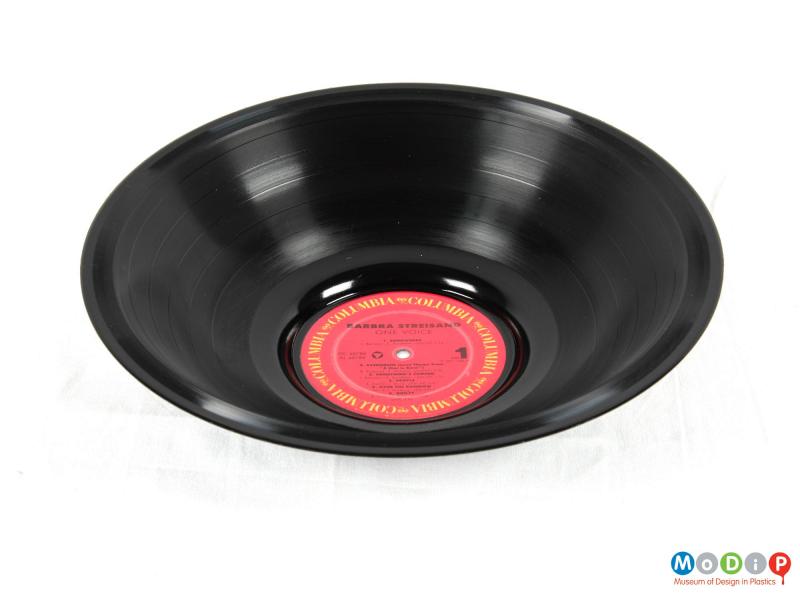 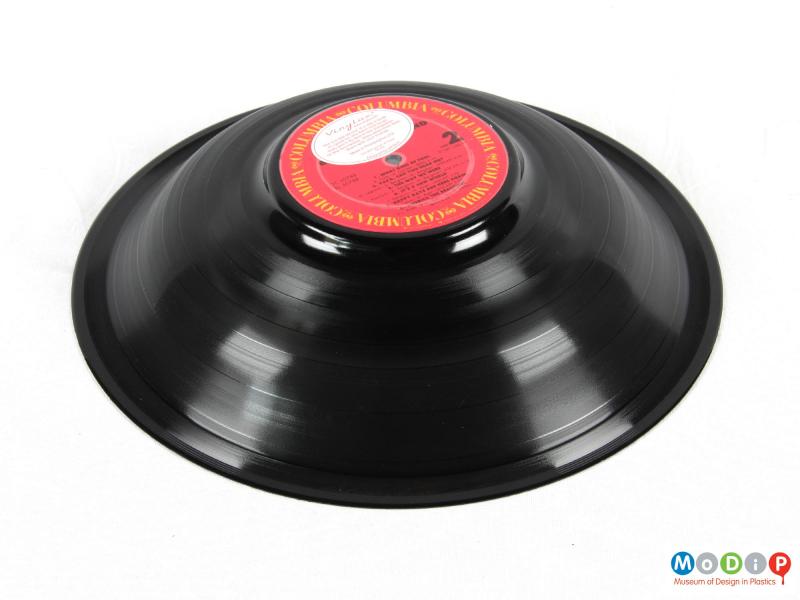 This bowl, from the 2000s, is made from an old long playing vinyl record which has been heated and reformed from the original flat format into a shallow dish shape with a 16mm lip. The original paper label has been retained and laminated and the spindle hole sealed with a clear film. The LP from which this bowl is made is a recording of songs by Barbra Streisand originally issued in 1987 on the Columbia record label. This bowl is made by Vinylux in Philadelphia USA and designed by Jeff Davis.
Designers & Manufacturers
Designer (Person)
Davis, Jeff
Manufacturer
Vinylux

adhesive label: "Vinulux TM. www.vinylux.net. This is a real record. It is also a bowl. Its good for dry items (not soup). They don't do well in the dishwasher. Or the microwave. Keep away from heat. Share with your friends. Made in Philadelphia USA. This label can be removed by you. Designed by Jeff Davis. " (base)

Images on this site are for non-commercial, educational use only. MoDiP has included images of this object with permission from Vinylux.

Images on this site are for non-commercial, educational use only. MoDiP has included images of this object with permission from Vinylux.