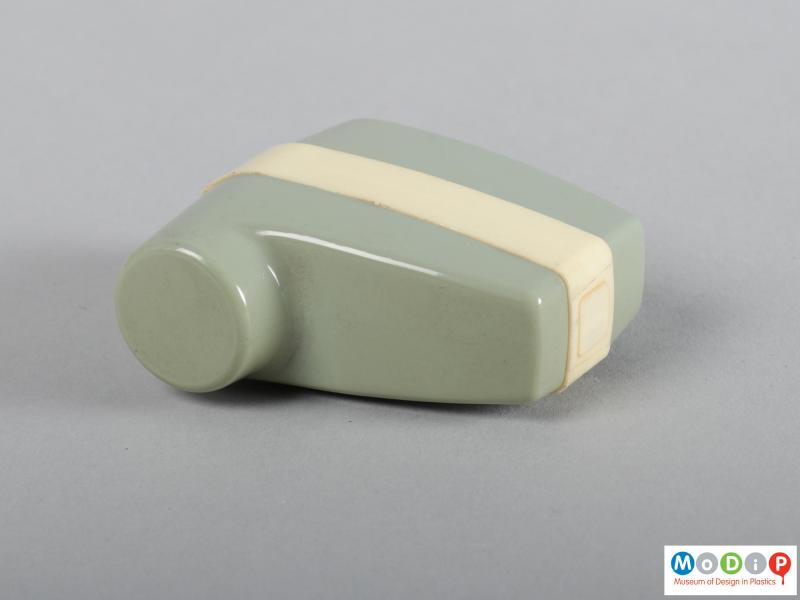 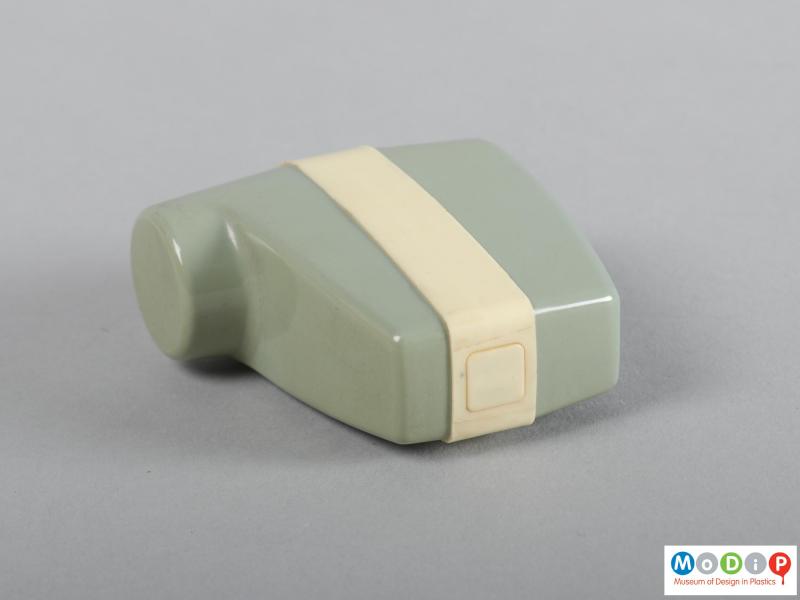 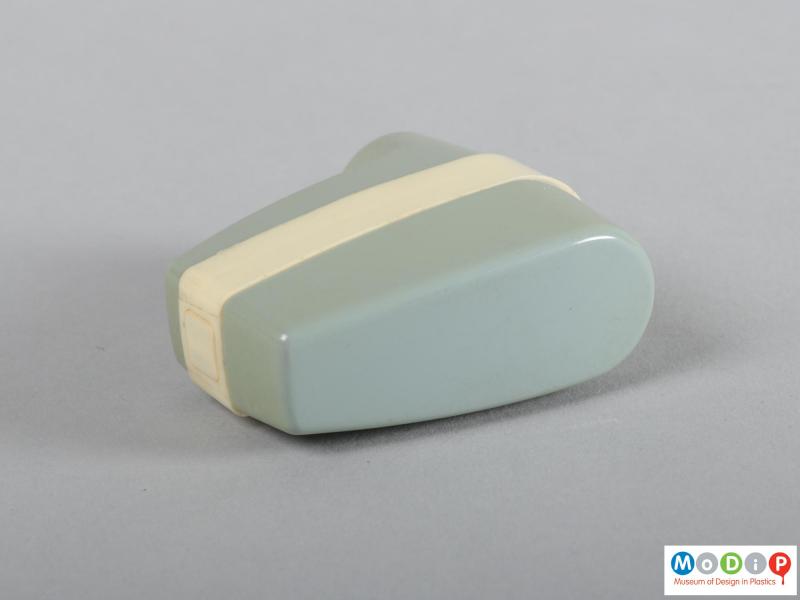 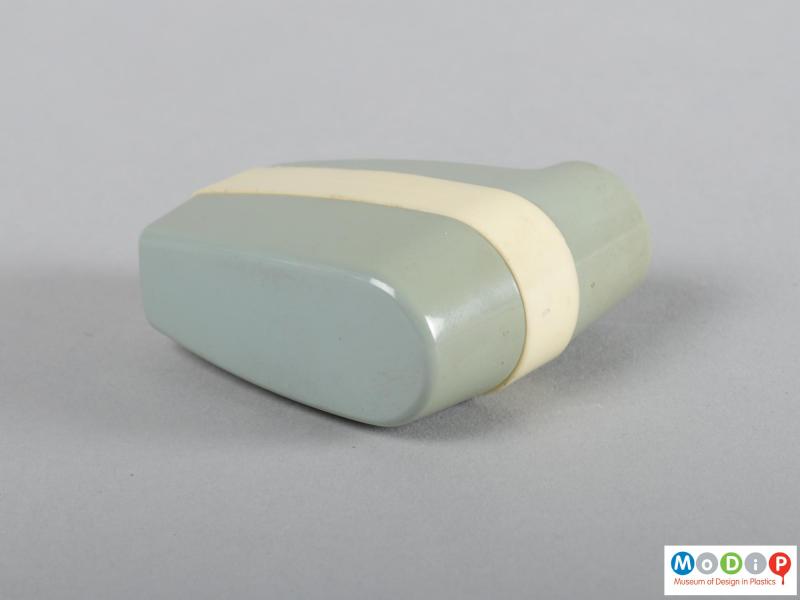 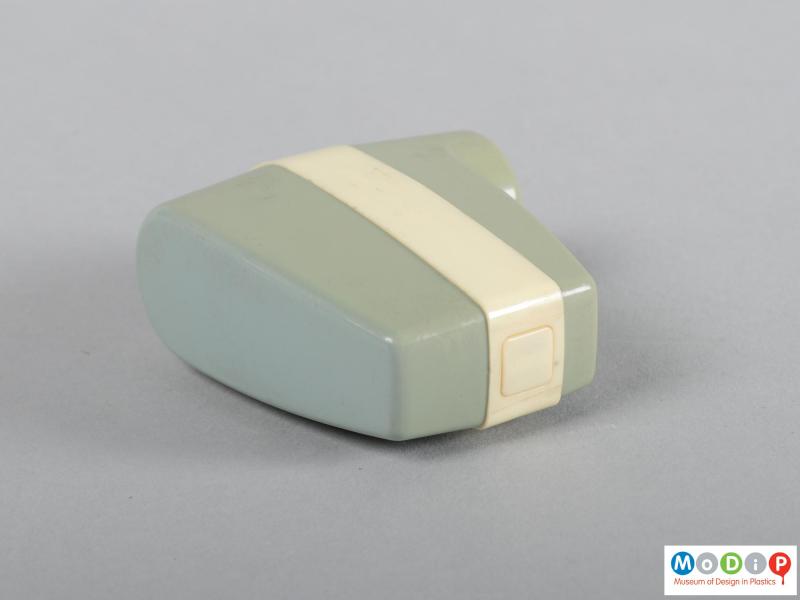 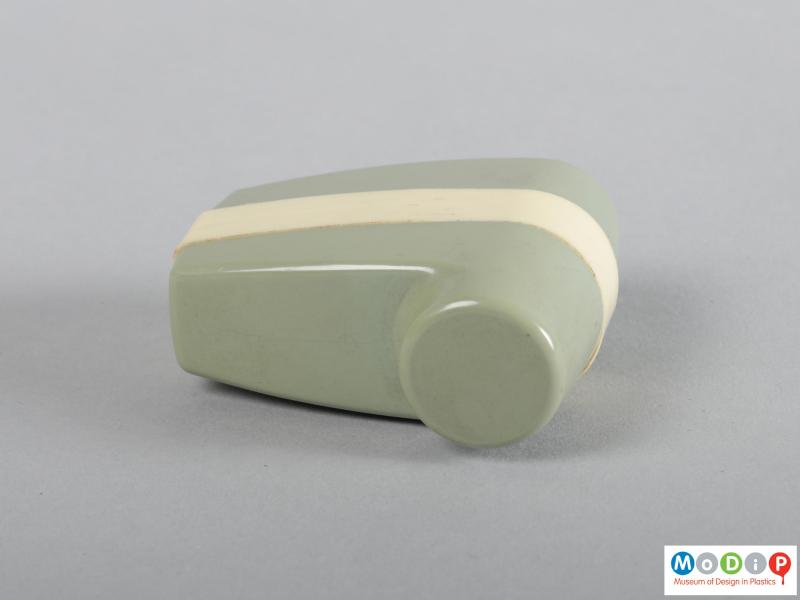 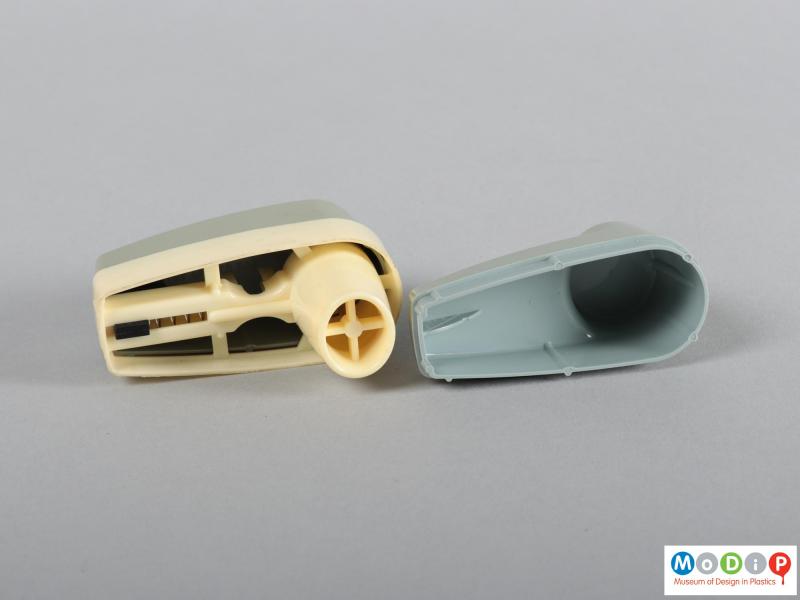 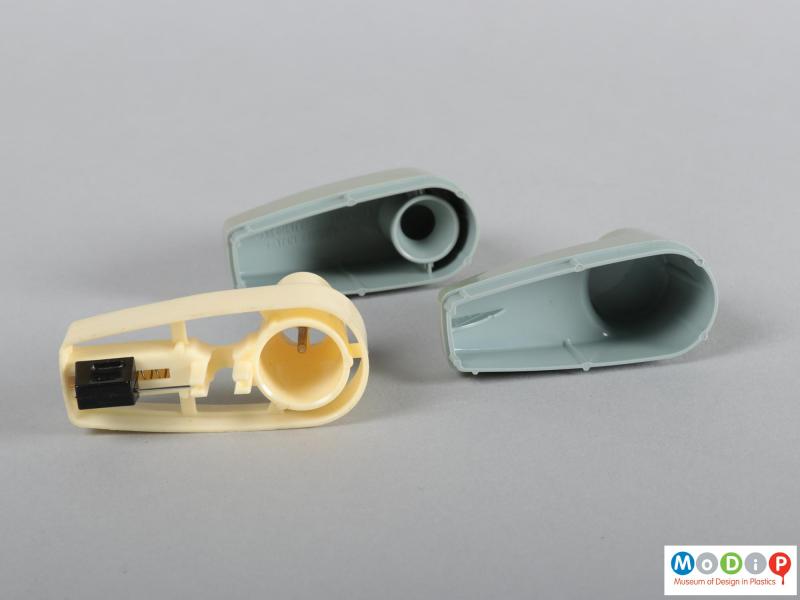 The Spinhaler inhaler was designed by Martyn Rowlands, Roger Altounyan, and Harry Howell in the 1960s for Fisons Pharmaceuticals. Altounyan was a physician and pharmacologist who had served in the Royal Air force (RAF), his flying experience had been the inspiration behind the spinhaler. This device was designed to dispense medication for asthma. The medication in the form of a gelatine capsule containing the medication would be placed inside the device. On closing the device the capsule is broken allowing the measured dose to be administered by oral inhalation. The patient would put the device in the mouth and sucks, drawing in a stream of air causing the propeller blades to spin dispersing the medication into the air stream and therefore inhaled by the user. This example is an L shape with a removable cover.
Designers & Manufacturers
Designer (Person)
Rowlands, Martyn
Altounyan, Roger
Howell, Harry
Manufacturer
Fisons Pharmaceuticals