Tortoiseshell generally refers to the convex, back (carapace) and the flat, belly (plastron) of the Hawksbill Sea Turtle (1). The shell is comprised of individual plates of keratin called scutes, which have been used over thousands of years for making various small objects and decorative inlays (2-5). 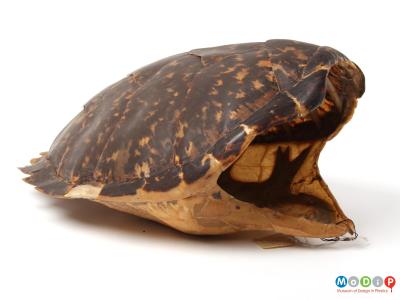 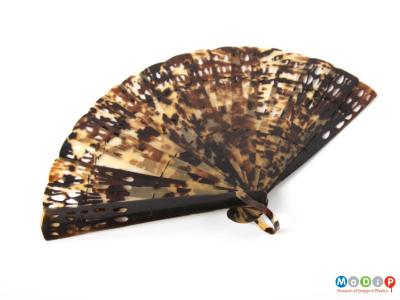 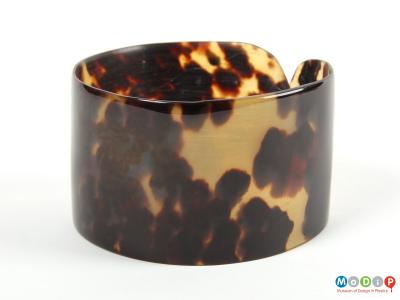 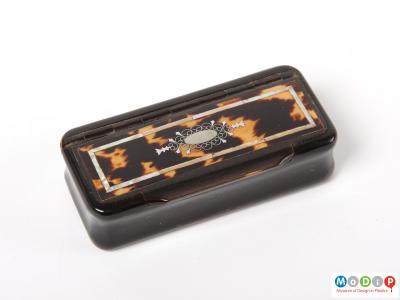 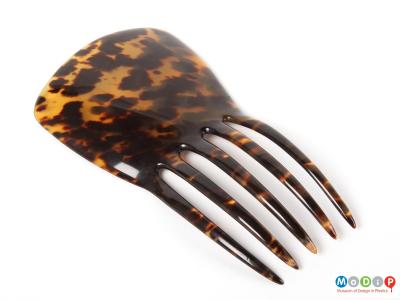 The desirability of the distinctive pattern and colour of the Hawksbill’s shell resulted in commercial exploitation that almost caused the species’ extinction. A recent study calculated that approximately 60,000 animals were being harvested each year throughout the 19th and early 20th centuries. In 1977, the Convention on International Trade in Endangered Species of Wild Fauna and Flora (CITES) banned the trading of tortoiseshell products, but illegal trafficking still takes place and global Hawksbill populations remain critically endangered.

As an expensive, luxury material, tortoiseshell was being imitated long before the ban took effect. By the early 1800s, dyed horn (6) had become a common and more affordable substitute, followed by the first of the semi-synthetic plastics, cellulose nitrate (7), from the 1860s. Here, the mottled effect was created by the addition of colour in the raw material, before moulding. 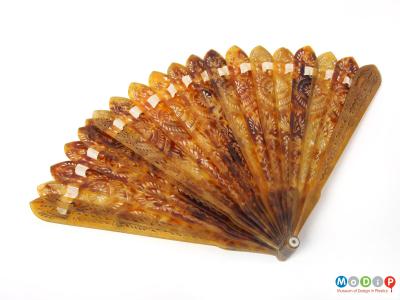 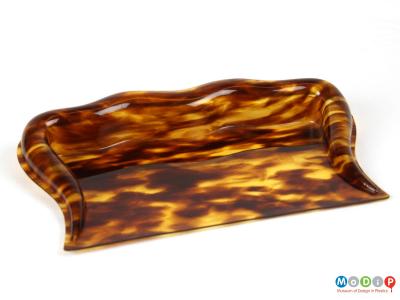 Over time, as new plastics became available, those that possessed transparent properties were often similarly utilised as an alternative. The constant evolution of production techniques enabled highly accurate synthetic copies that defied detection and enabled the manufacture of much higher volumes of goods at significantly lower prices than could be achieved with natural tortoiseshell.

Other examples from the range of plastics materials that were and are still used to mimic tortoiseshell include: cellulose acetate (8), casein formaldehyde (9), phenol formaldehyde (10), polystyrene (PS) (11), polyvinyl chloride (PVC) (12) and polycarbonate (PC) (13). 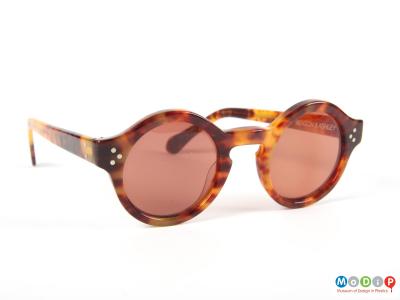 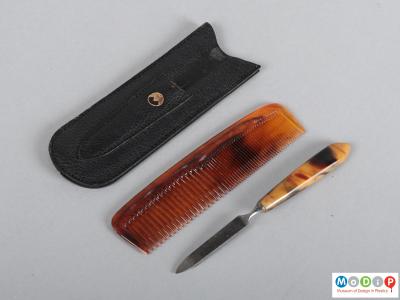 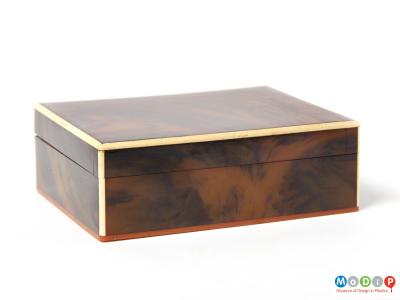 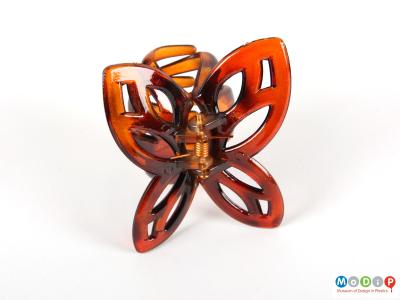 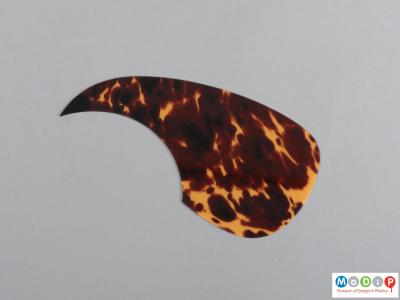 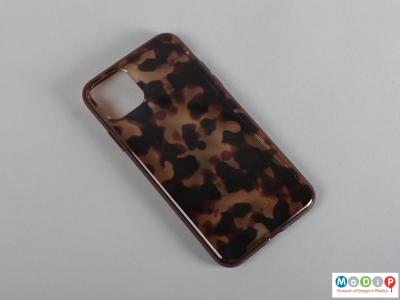