This case is looking at the use of fur in fashion as opposed to the practical use of fur in clothing by indigenous cultures. Fur has been used as a symbol of status for thousands of years. Ancient Egyptian royalty and high priests used leopard skins to show their ranking. The 11th century saw the use of sable, mink, and chinchilla fur in the coats and capes worn by European royalty. As demand increased for luxury fur, specialised farms were developed in the 1870s, and the rise of Hollywood in the 20th century saw film stars wearing fur coats, capes, and stoles made of mole (1), foxes, and ermine. 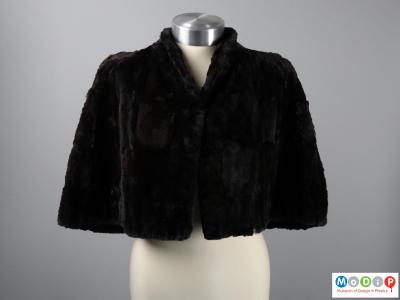 Real fur may be avoided for many reasons; it is expensive, there are concerns relating to animal welfare with the practice of skinning some animals alive, and the environmental impact and pollution due to the production methods and chemicals used. Early fake furs, using hair from alpacas, were introduced in the late 1920s. The results were low quality but were warm and inexpensive. The 1950s, however, saw a vast improvement with the introduction of acrylic fibres which could provide the density or bulk without the weight associated with other replacement furs. Acrylic was easier to add texture to and change the colour than the alpaca hairs previously used.

Synthetic fur (2) is made by extruding liquid polymer through spinnerets submerged in a water bath to create continuous fibres known as tow. The tow is pulled and stretched as it is washed and dried before being cut to size. The fibres are then dyed a solid background colour, but they may also be coloured again at a later stage. The fibres are then attached to a backing fabric which provides the structure of the material. Fibres can be attached to the backing fabric by weaving, tufting, circular loop knitting or sliver knitting.  The fabric is then heated to set and preshrink it to ensure stability and expand the fibre diameters. Loose fibres are removed by ‘tigering’ or combing using wire brushes. Spiralling knives are used to roughly shear the fibres into a uniform length. A polishing technique called electrofying can be used to create a lustre. The feel and look of the fabric can be improved by applying resins and silicones, along with another application of dye to simulate a specific animal. Lastly, if a curled texture is required the fibres are embossed. 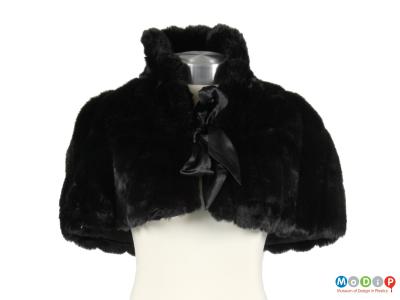