The sustainability of the modern commercial fishing industry is affected by the discarding of excess catch due to fishing quotas and bycatch, whereby non-targeted species are incidentally captured. Unfortunately, these problems are not new; from the mid-1960s, researchers have been devising innovative reduction technologies in order to maintain productivity whilst protecting marine ecosystems.

Both Pisces (1) and the ProGlow (2) use LED light to influence fish behaviour. Known as phototactic response, the study of how fish move towards or away from precise wavelengths can enable fishermen to catch more selectively. Both examples are housed within a robust polycarbonate case that can withstand the pressures of deep water. Pisces, designed by Dan Watson, illuminates the fishing net and emits six different colours to either attract or repel specific species. ProGlow was created by Fishtek Marine, a team of engineers and fisheries scientists, established by Ben and Pete Kibel. It is a cheap and reusable alternative to single-use glow sticks that are environmentally damaging when thrown overboard at end-of-life; it is estimated that 700 million end up in the oceans every year. 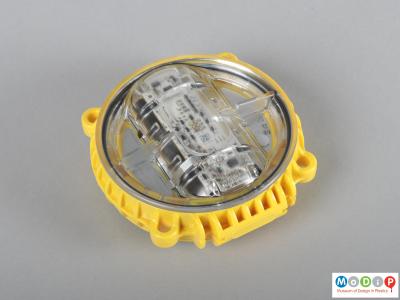 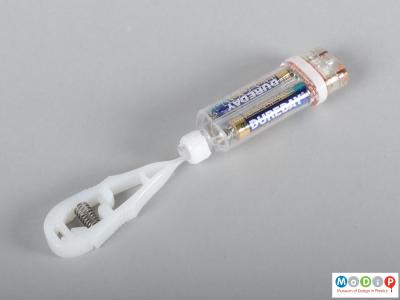 The Banana Pinger (3) is an acoustic deterrent for marine mammals such as whales and dolphins. By emitting a pulsed, high frequency signal or ‘ping’, cetaceans are alerted to the presence of fishing gear, preventing accidental entanglement. Consisting of a polycarbonate unit housed within a thermoplastic elastomer (TPE) co-polymer rubber outer casing, the shape prevents snagging on the boat rails whilst being hauled in. It was, again, designed by UK specialists Fishtek Marine. 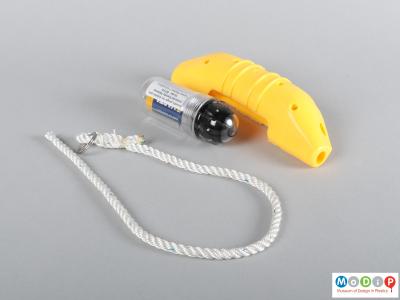 Bycatch does not only involve the unintentional capture of underwater species; over 300,000 seabirds die in this way every year. Longline fishing poses a major threat, particularly at the line setting stage and before the baited hooks have sunk. Floating on the surface, they can be targeted by foraging birds that then get caught and drown. Hookpod (4) encloses the point and barb of the hook within a polycarbonate capsule that only opens, via a pressure release mechanism, once a depth of 20 metres has been reached, beyond the normal diving range of most seabirds. It was designed by Ben Sullivan and Fishtek Marine. 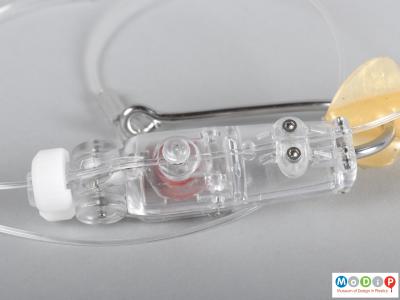