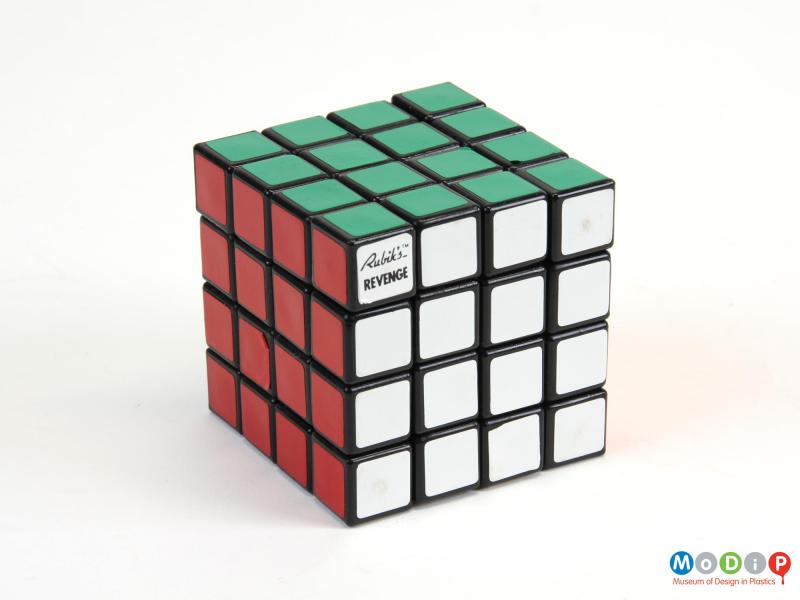 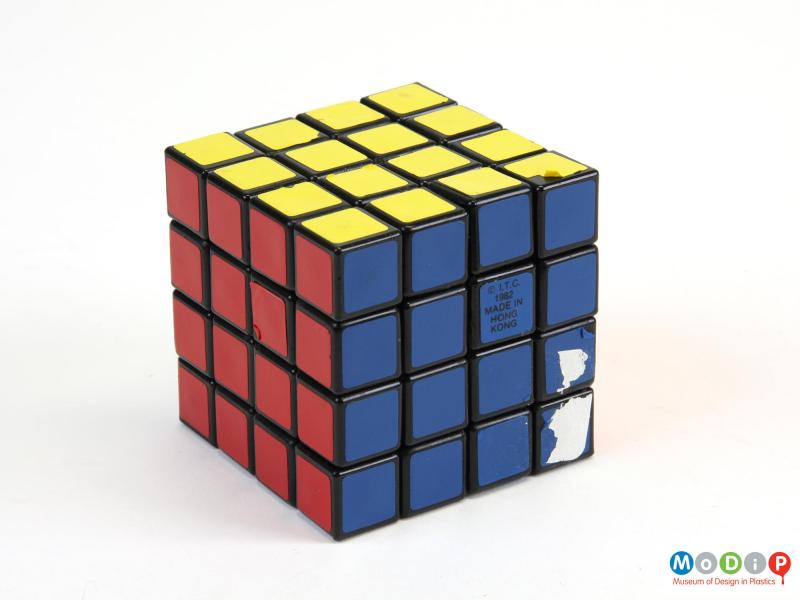 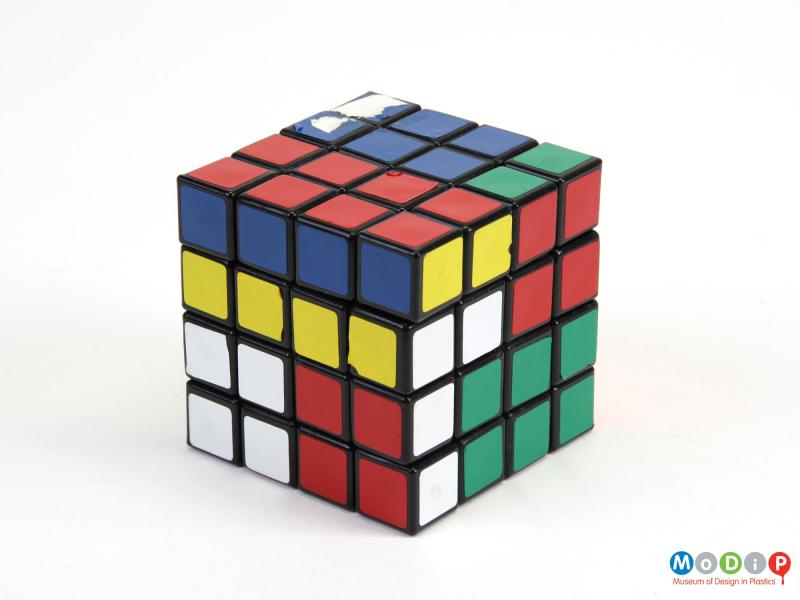 Rubik's Revenge, a Rubik's cube puzzle from the 1980s, is made of injection moulded polypropylene. The original Rubik's Cube was invented in 1974 by Hungarian sculptor and professor of architecture Ernő Rubik. In a classic Rubik's Cube, each of the six faces is covered by 9 stickers. A pivot mechanism enables each face to turn independently, thus mixing up the colours. For the puzzle to be solved, each face must be a solid colour. This model, the Rubik's Revenge has 16 squares on each face and is white, green, yellow, blue, red and bright orange. It was created by Péter Sebestény, the Rubik's Revenge was nearly called the Sebestény Cube until a somewhat last-minute decision changed the puzzle's name to attract fans of the original Rubik's Cube. Please note, due to the fragile condition of this object it is only available to view on request.
Designers & Manufacturers
Designer (Person)
Sebesteny, Peter
Manufacturer
Rubik

Images on this site are for non-commercial, educational use only. MoDiP has included images of this object with permission from Seven Towns Ltd. www.rubiks.com
Dimensions
Width
65mm
Height
65mm
Depth
65mm

Images on this site are for non-commercial, educational use only. MoDiP has included images of this object with permission from Seven Towns Ltd. www.rubiks.com