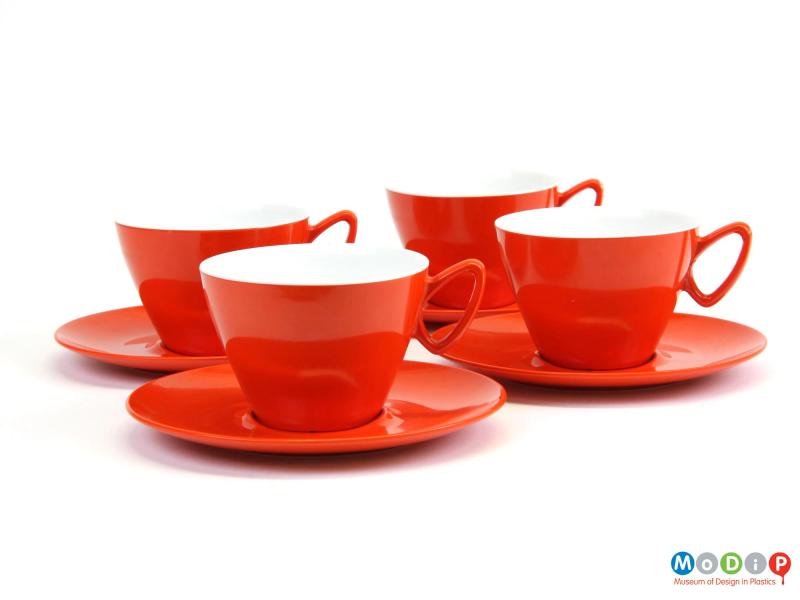 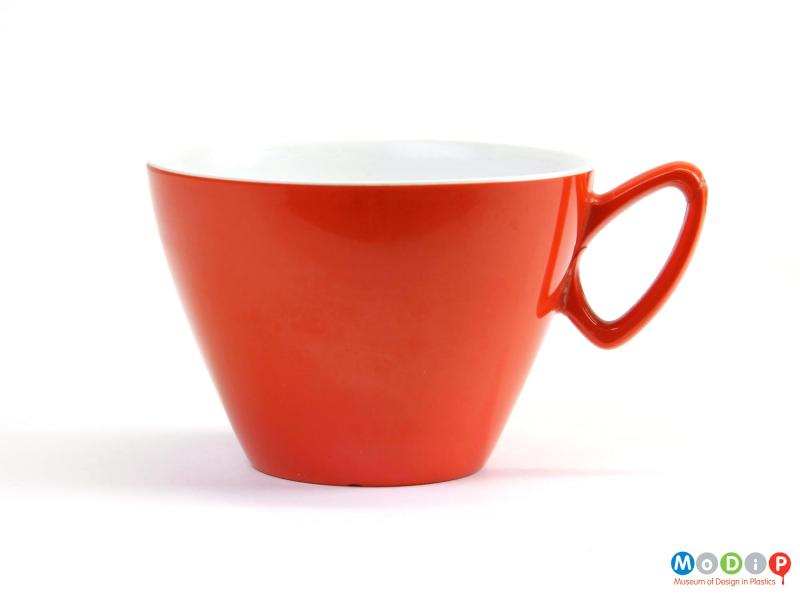 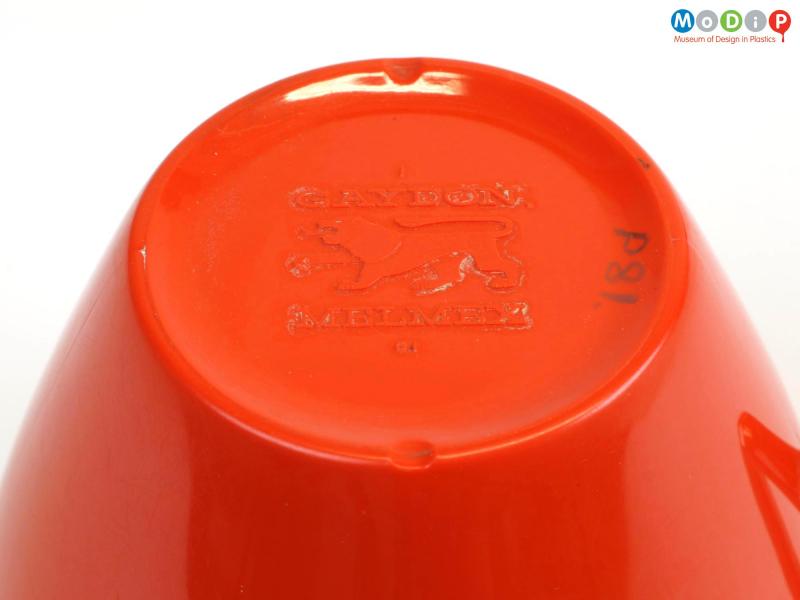 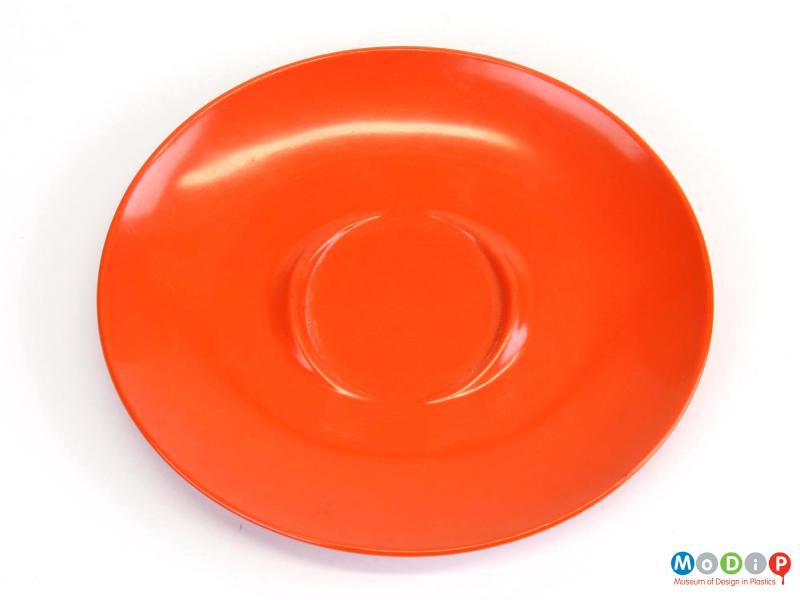 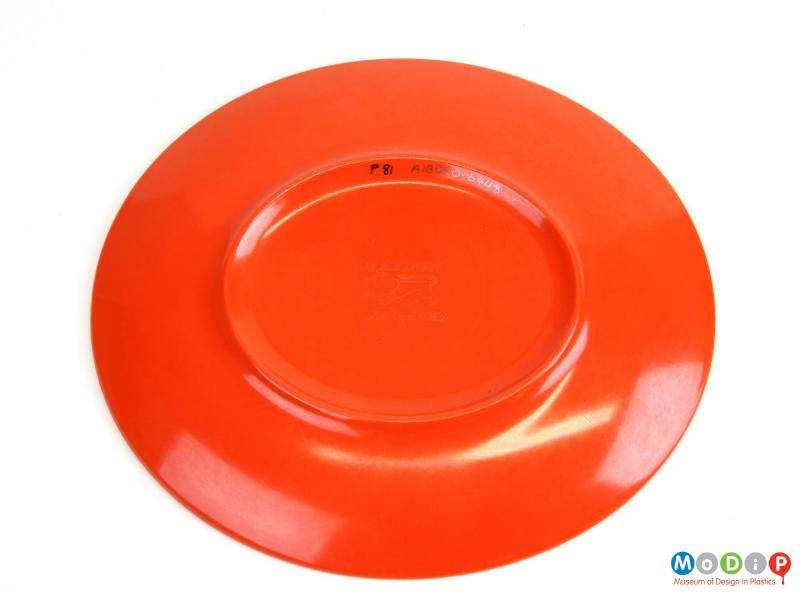 A set of four cups and saucers manufactured by BIP in the 1960s. These orange and white cups with oval saucers were designed by A.H 'Woody' Woodfull as part of the melamine formaldehdye Gaydon range following the success of the Melaware range. This kind of tableware was popular during the 1950s and 1960s for its bright colours and 'unbreakable' quality. It later lost favour due to the fact it stained easily and so is now mainly used for picnics. Gaydon two colour cups were made in a split mould the two-colour effect was produced in two stages and the items required individual hand finishing. The dimesions below refer to the cup, the saucer is 150mm long by 130mm wide.
Designers & Manufacturers
Designer (Person)
Woodfull, A.H.
Manufacturer
BIP

Images on this site are for non-commercial, educational use only. MoDiP has included images of this object with permission from BIP.
Dimensions
Height
65mm
Diameter
90mm