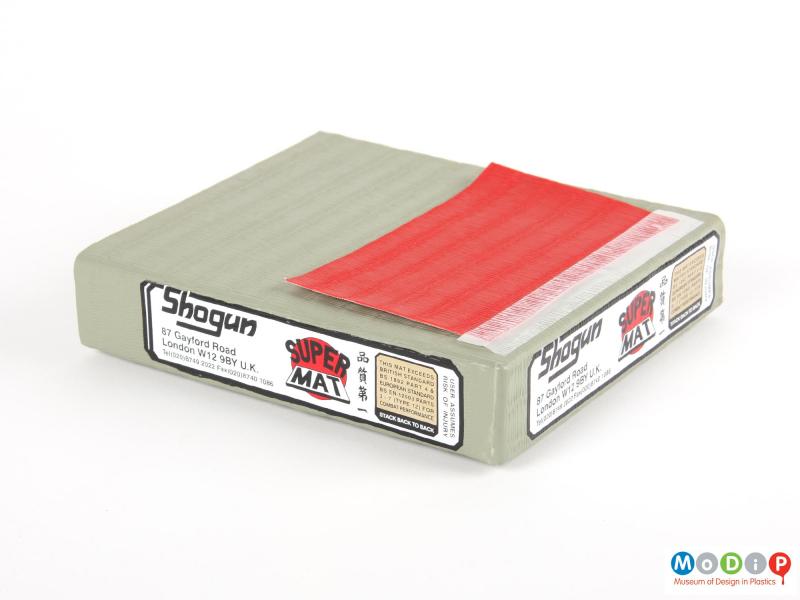 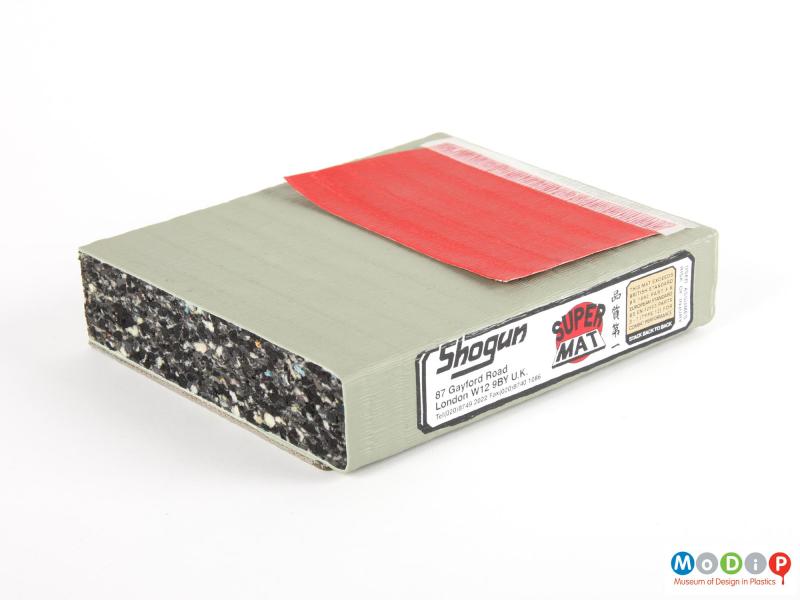 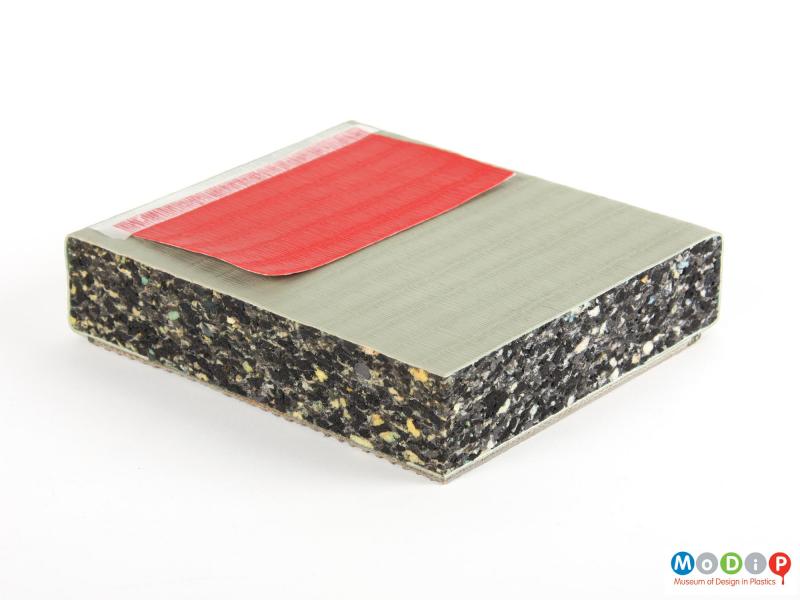 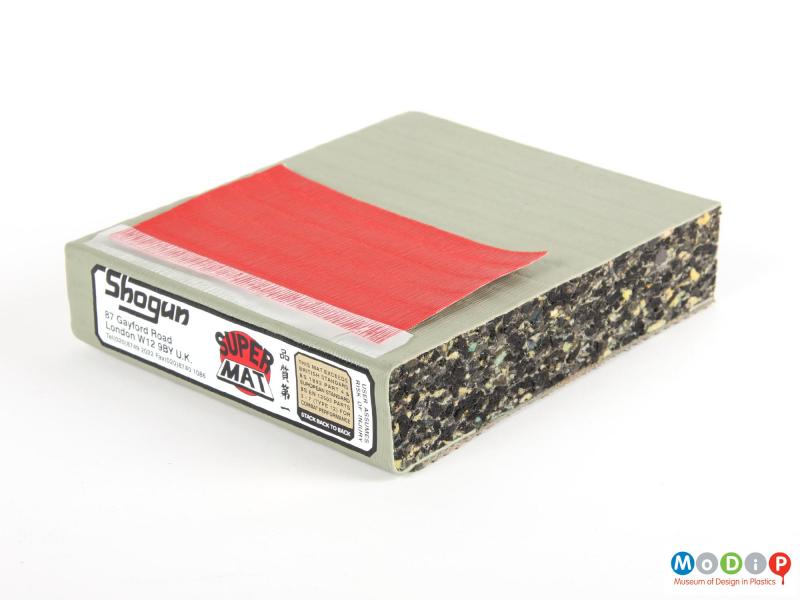 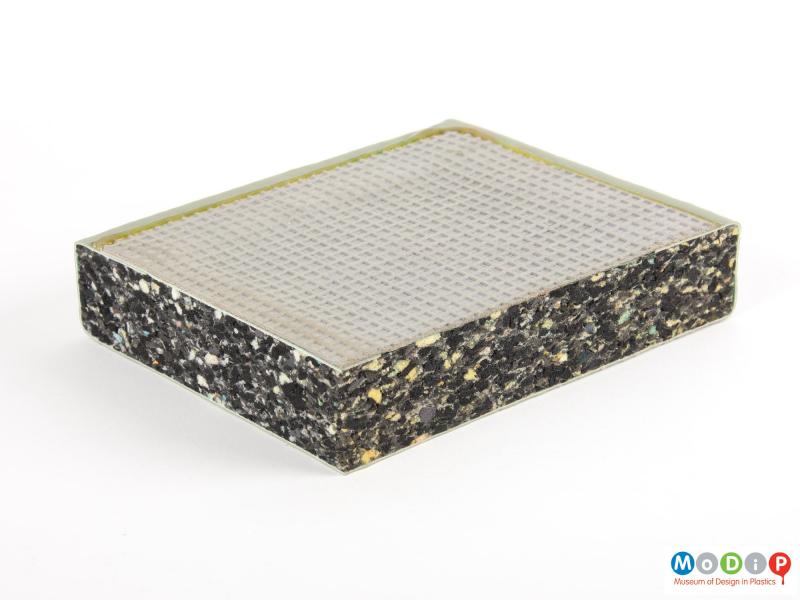 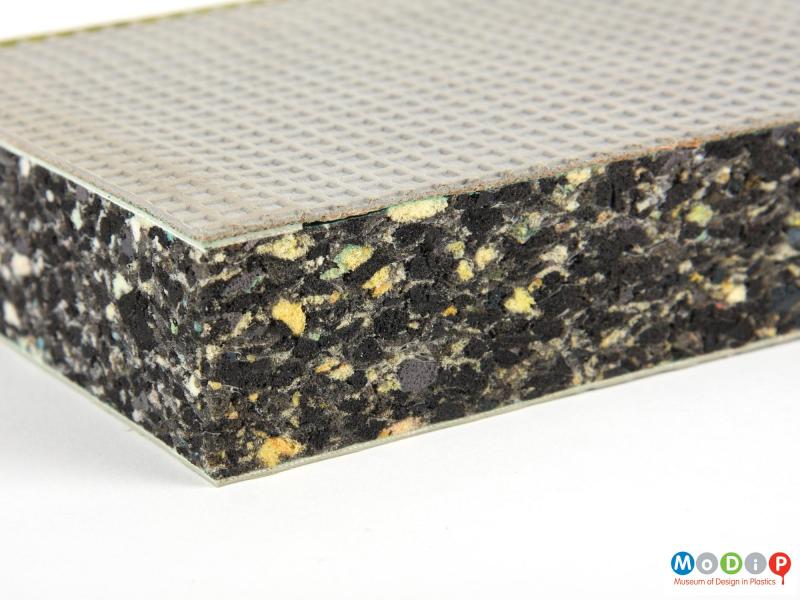 Corner sample of a Shogun judo mat of a type introduced in 1974 and still leading the market in 2012. It consists of four layers. The top cover is made of pvc (polyvinyl chloride) heat bonded to a sheet of woven polyester. It extends around the sides and just under the edges of the base. The pvc is coated with clear polyurethane varnish which provides a harder wearing surface. The bulk of the mat, inside the covering, consists of a reconstituted chipfoam containing a mixture mostly of small pieces of polyethers and polyesters recycled from car seats, bound together by a polymeric adhesive. The base of the mat is covered by an antislip base which is a layer of modified latex rubber on a sheet of woven nylon fibre.The three main parts of the mats are bonded by three different polymeric adhesive. Judo was traditionally played on rice straw mats on sprung floors. The PVC surface of this mat, available in green or red, imitates the texture of such a traditional mat. This sample has a green surface with a sample of the red covering attached to it.
Designers & Manufacturers
Designer (Person)
Unknown
Manufacturer
Shogun

Images on this site are for non-commercial, educational use only. MoDiP has included images of this object with permission from Shogun International.
Dimensions
Width
183mm
Height
155mm
Depth
40mm

Images on this site are for non-commercial, educational use only. MoDiP has included images of this object with permission from Shogun International.