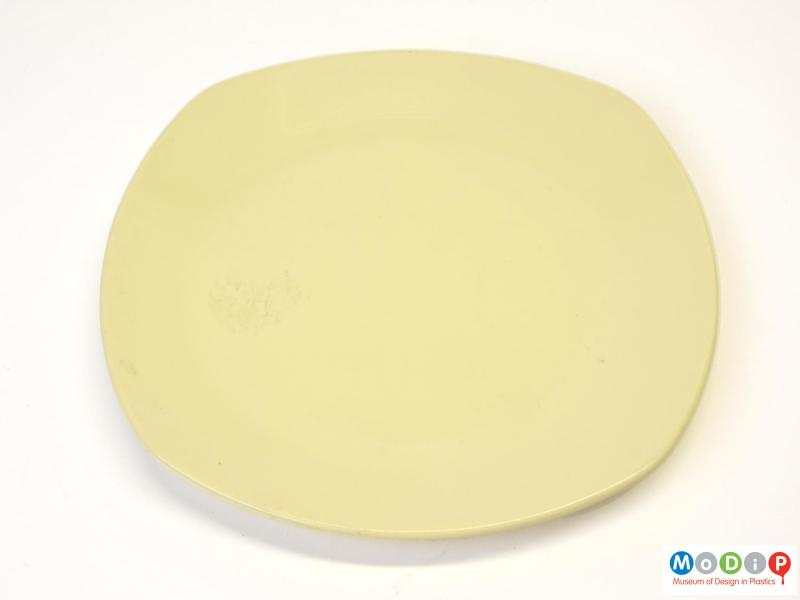 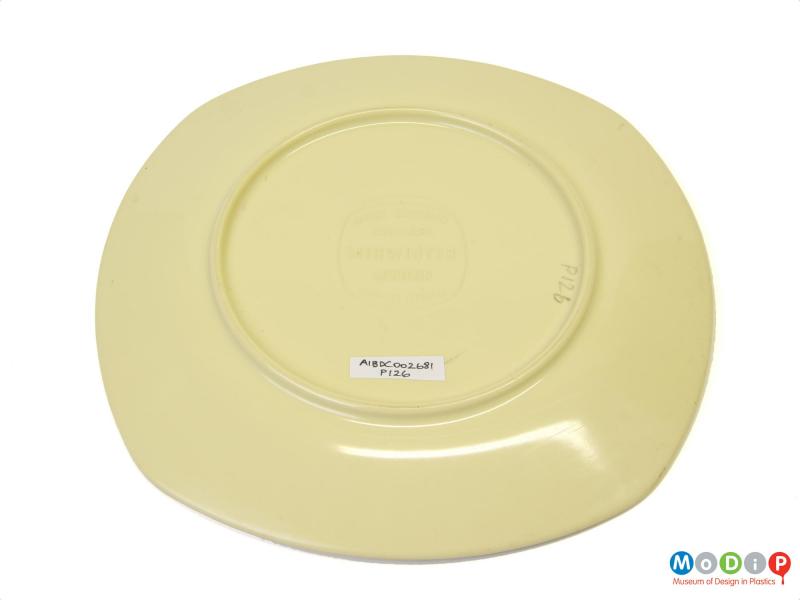 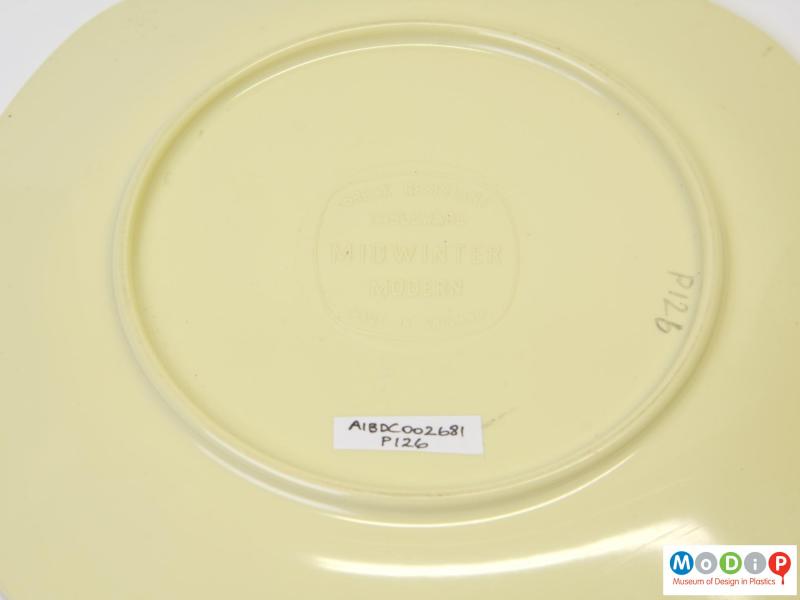 A yellow melamine Midwinter Modern square plate with rounded corners, which won the Council of Industrial Design 'Design of the Year' award in 1957. Its designers, A.H.Woodfall and John Vale, were members of the British Industrial Plastics Product Design Unit, Oldbury Birmingham. Melmex, the material from which the set is made, was British Industrial Plastics Chemicals Limited's tradename for melamine. This kind of tableware was popular during the 50s and 60s for its bright colours and 'unbreakable' quality. It later lost favour due to the fact it stained easily and so is now mainly used for picnics. Information has been added to this record as a result of the Ten Most Wanted research project: http://www.10most.org.uk/artefact/midwinter-tea-set, where aditional information relating to it can be found.
Designers & Manufacturers
Designer (Person)
Unknown
Manufacturer
Streetly Manufacturing Company
Manufactured for
Midwinter

moulded: "Break Resistant Tableware. Midwinter Modern. Made in England" (base)

Images on this site are for non-commercial, educational use only. MoDiP has included images of this object with permission from BIP.
Dimensions
Width
150mm