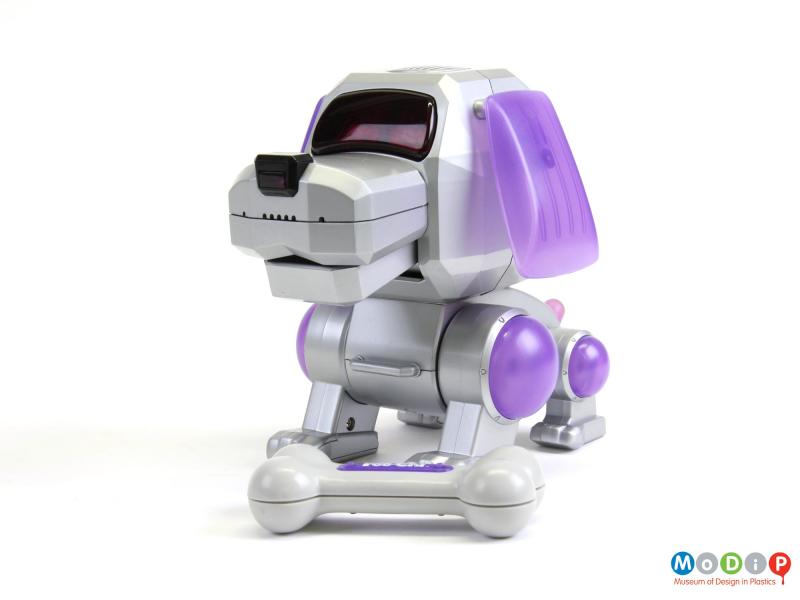 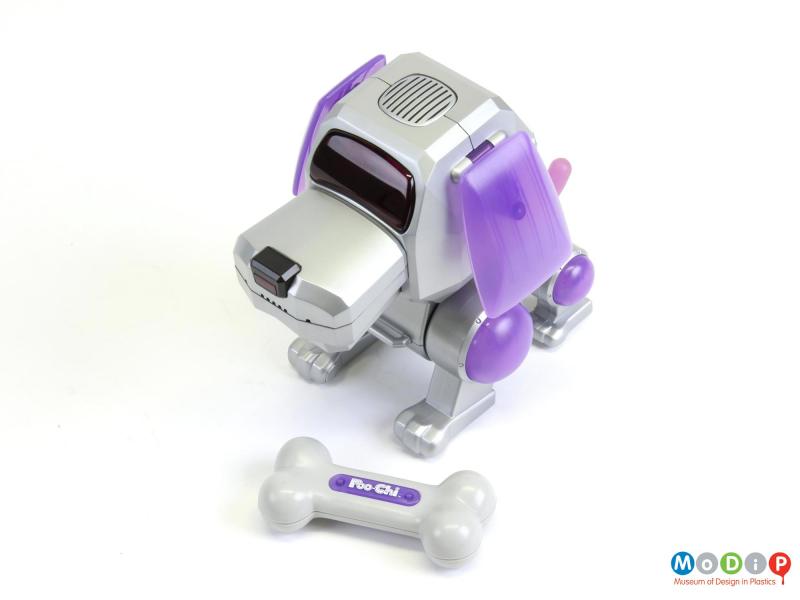 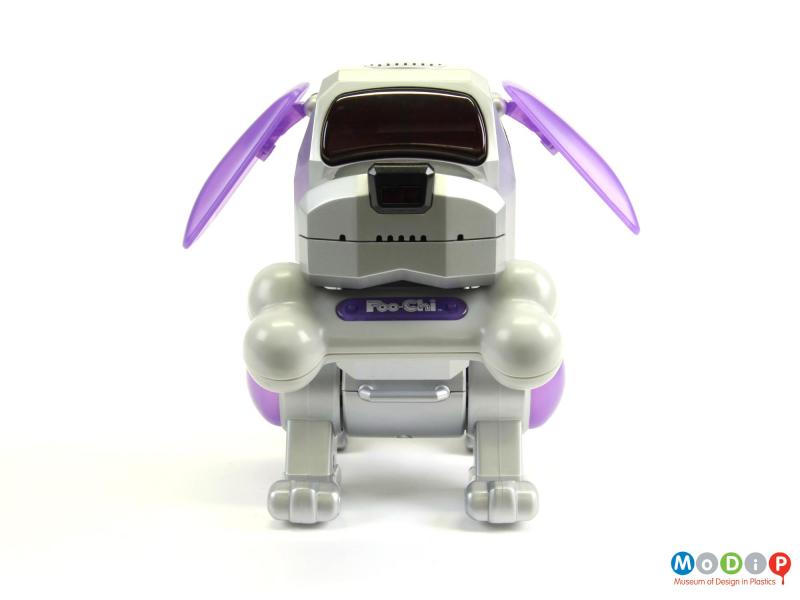 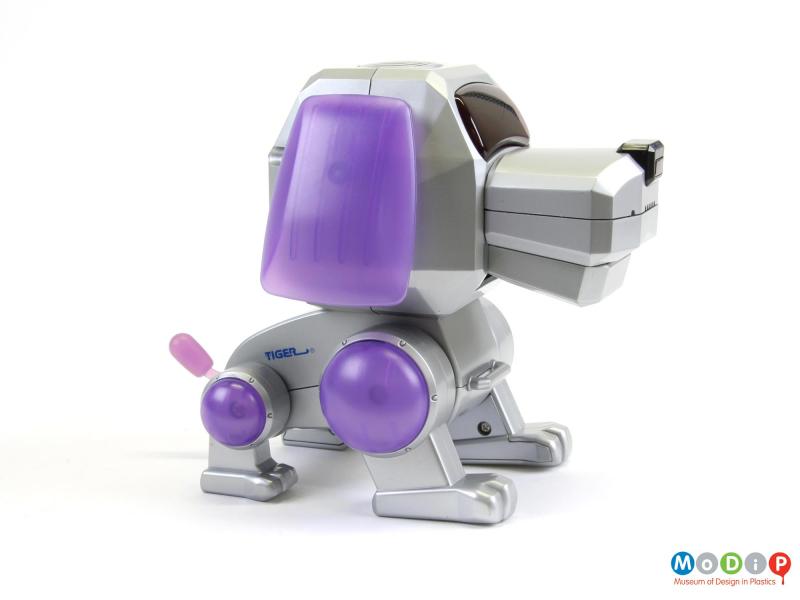 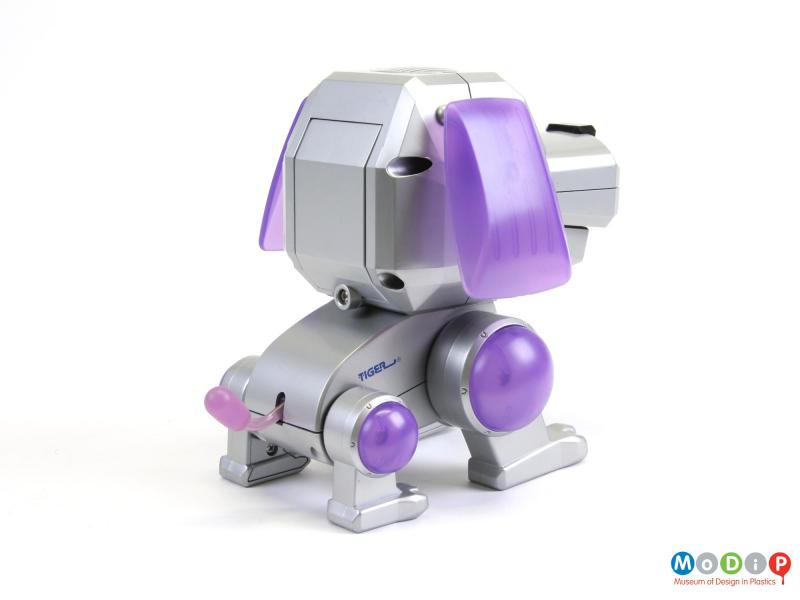 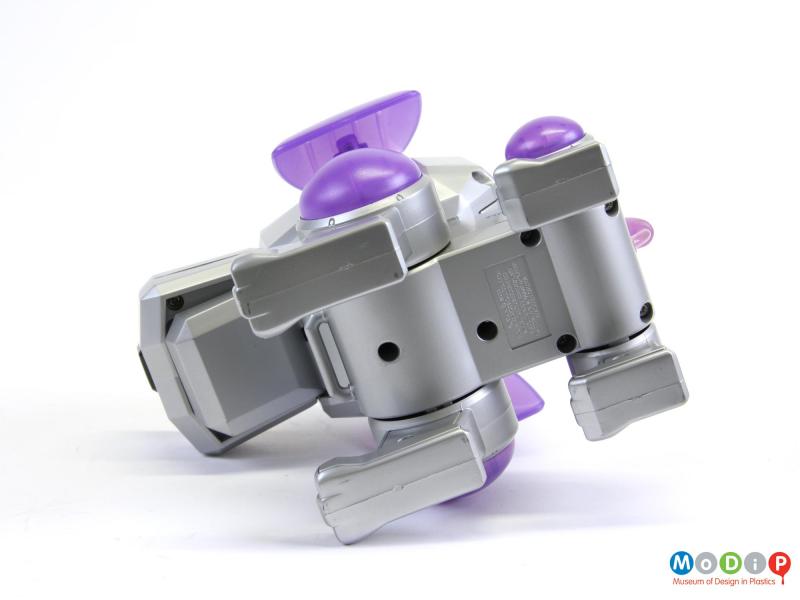 Poo-Chi is a puppy dog shaped toy robot with a bone, it was designed in 1999 but did not become available to the UK market until the early 2000s. It was designed by Samuel Jame Lloyd and co-developed by Sega Toys and Tiger Electronics. This example comes with an illustrated box or carrier. It is battery powered and made of silver and purple plastic. It originally came in a range of colours and had various sensitivities and movements: touch sensitive (via a button on the top of its head), sound sensitive, it emits sound, flaps its ears, wags its tail and moves its legs. It has a magnetic sensor in its nose which is activated by a separate bone, it has an infra red sensor for communication and has 8 bio-rhythmic technology levels to create realistic emotional responses.
Designers & Manufacturers
Designer (Person)
Lloyd, Samuel James
Manufacturer
Tiger
Sega

Images on this site are for non-commercial, educational use only. MoDiP has included images of this object with permission from Hasbro, Inc.
Dimensions
Height
175mm

Images on this site are for non-commercial, educational use only. MoDiP has included images of this object with permission from Hasbro, Inc.